Fun little stat scared up by the nerds over at ESPN: 15 of the 16 clubs in position to advance to the knockout stage of the Champions League as of this moment are the first and second “richest” clubs in that particular group. One guess on the lone outlier………………….. 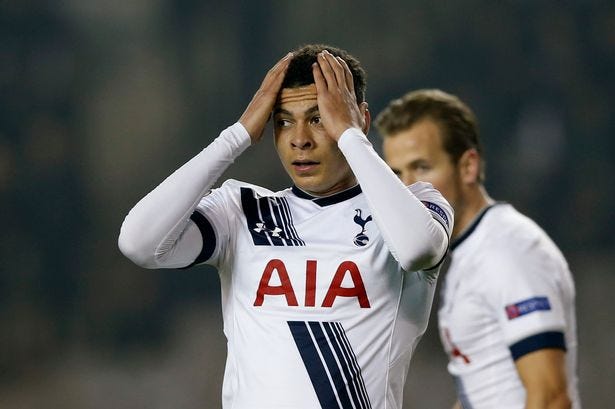 So with that fun little buttnugget of trivia out of the way let’s get on to the good stuff, shall we?

Reminder of the scores from Matchday 5: 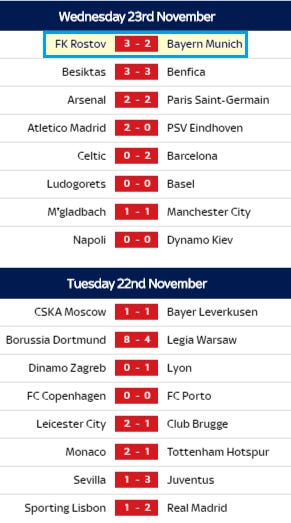 ‘Member when I kept babbling about how sneaky good Rostov was and then they kept coming out and laying big fat eggs? Well of course as soon as I gave up on them those godamn Russkis came out and beat Bayern Munich. Good times.

Anyway, that leaves the eight groups looking like this:

Unfortunately the cold hard truth of the matter is that there ain’t too terribly much left to play for, relatively speaking anyway, since 12 of the 16 spots in the knockouts have been locked up (see: clubs in red squares). So keep that in mind if you are planning on laying your life-savings on games like Atleti/Bayern, Barça/Monchenpenisgladbach or City/Celtic, where the results do not matter one iota.

Equally as unfortunate, if not more so (though not terribly surprising), is the fact that the most interesting games – those involving Group B, which is still very up for grabs – will not be televised today. Gotta give the people what they want, and what they want us to watch meaningless games (including all three listed above) with more popular clubs rather than games that actually matter. Alas, such is life sometimes. 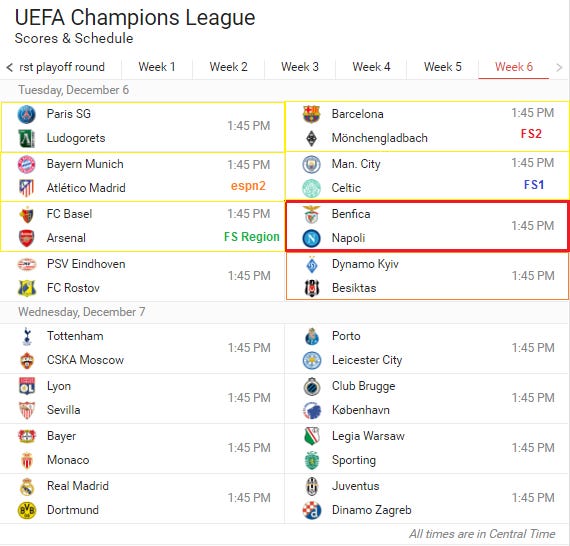 I typically stick to making picks on televised games because what’s the point of betting if you can’t even watch (if you don’t agree then there’s probably a 1-800 number you should probably call to speak with a specialist about your “problem”), but given how much more important games like Napoli/Benfica and Besiktas/Dynamo are I’m going to stray from my normal tendency…

This has been an incredibly interesting group from the outset and it’s a damn shame that it hasn’t attracted more pub. Napoli should probably be in control of the proceedings but essentially shot itself in the foot by settling for a scoreless home draw against group laggards Dynamo last time out. That means today’s game in Portugal is pretty much a winner-take-all – unless of course they draw, in which case Besiktas could slide on past both of them to win the group out of nowhere. Those sneaky, sneaky Turks. Gotta keep an eye on them. One minute they are offering you half-off on your falafel and the next they are trying to erase Armenia from the face of the earth.

Anyway, Napoli is coming off one of their best performances of the year in a 3-0 drubbing of Inter while Benfica lost to something called Maritomo. The absolute last thing you ever, everrrrrrrrrrrrr wanna do is underestimate an unsung Portuguese team in the Champions League……….. buttttttt the fact they are down to their third-string left back should provide the Napoleon’s right-wing tandem of Callejon and a large-mouth bass with plenty of room to cause trouble. 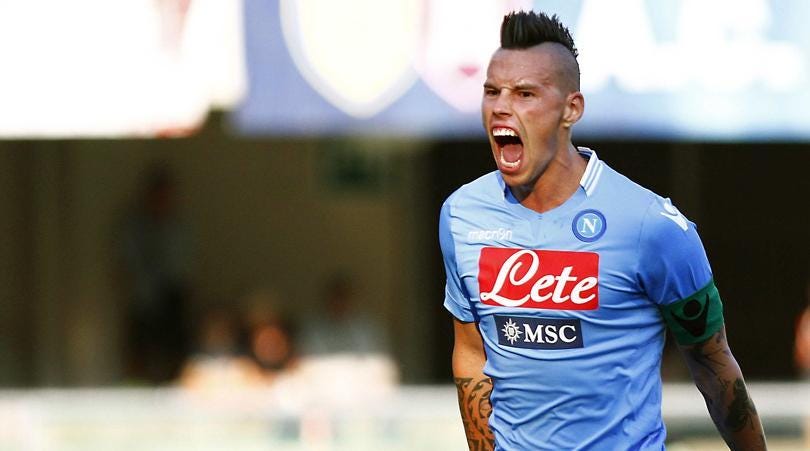 [Note: if you can find some way to watch this game on youtube or one of those sketchy Russian sites – you should]

Besiktas have everything to play for, while Dynamo have been completely eliminated. That alone should tell you where you would be smart to put your money, especially since the host Ukrainians are on a seven game winless streak in the Champions League. Thankfully though I’m a dummy and streaks were made to be broken. Dynamo to win 1-0.

Other picks (gotta get one right eventually, after all):

• Arsenal travel to Basel in a game the Swissies need a helluva lot more than the Gooners as a loss could put the hosts out of Europa League, which is a big deal for the non-big swinging dicks in the EU soccer cracker factory. Arsenal is fresh off dismantling West Ham but I think they could have trouble in this one, especially since they know a win would only push them to the top of Group A if PSG somehow lose to Ludogorets in Paris. (Good luck with that.) Gimme a 1-1 draw.

• PSG somehow lost a game in Ligue 1 this weekend, and nothing like a little Bulgarian slumpbuster to get you back on track. PSG to win 4-1.

• Reminder: Atleti/Bayern, Barça/Monchenpenisgladbach and City/Celtic all have nothing to play for……. so perhaps best to avoid, but if you want some off the cuff predictions I’ll go 2-1 Bayern (assuming Atleti rests some guys and Ze Germans are desperate to show they aren’t as bad as some of their recent results might suggest); 2-0 Barça and 4-0 City (payback bout to be a bitch for the Bhoys). 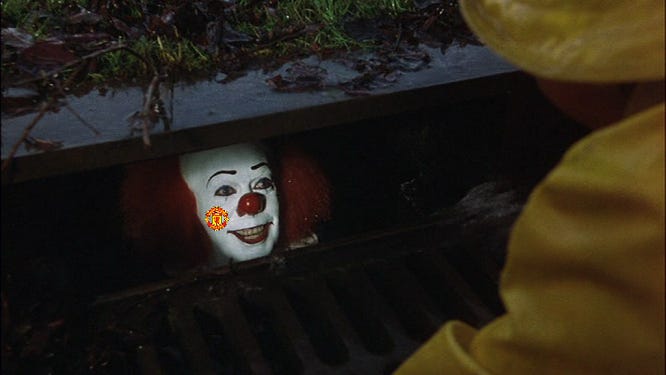