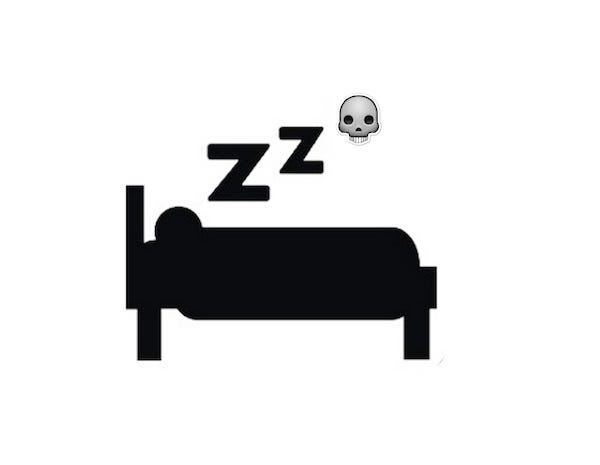 The Local- Two men are facing charges of manslaughter after they stripped their drunken friend naked and left him outside in the cold for the night because he was snoring too loud. It was apparently a joke that went tragically wrong for two friends, aged 28 and 35, in Seine-Saint-Denis, in the northern suburbs of Paris.

The pair were drinking in an apartment with two other friends and the 35-year-old victim last Saturday night. “The victim, who had drunk more than the others, suddenly fell into a deep and unconscious sleep,” a judicial source told the AFP news agency. The four friends then stripped the man naked in what they’ve since claimed was an attempt to stop him from trying to drive home in a drunken state when he awoke, the source said. They also reportedly drew on his face “for laughs”.

As the night wore on, two of the guests left the apartment, witnesses have said. It was at this point that the remaining two friends became “annoyed” by the snoring of the sleeping man and took him outside naked. “They decided to take him outside into the courtyard of the building,” the source said. The man’s lifeless body was found the next day. A coroner’s report has not been made available, but it has been reported that temperatures in the area dipped as low as 3C [37F] overnight.

There are two ways to look at this story. The first is if you are a snorer, you have to realize you are going to bother the fuck out of anyone when you fall asleep. As a rather large man, I have all kinds of fucked up sleeping issues. Contrary to popular belief, I do indeed snore. I also occasionally have night terrors and thanks to our new office, I ALWAYS think I am being filmed in my sleep. One of my nicknames around my friends is The Dreamcatcher because when you are in the same room as me when I sleep, you don’t know what the fuck you are going to get. I think Hank is still going to therapy for my night terrors when we were in Latvia.

But the flip side of this is you have to be a pretty fucking shitty friend to just throw your buddy outside naked, regardless of the reason. I understand fucking with your buddy if he passed out drunk, ESPECIALLY if he was being a drunk asshole. It’s actually one of the rights the forefathers passed to us because they loved seeing how much shit they could pile on top of Benjamin Franklin after he had three too many ales. But I draw the line once you start peeling clothes from your buddy. I love each and every one of my friends like family, but I do not want to see or go near their dicks under any circumstance. And to then throw your friend outside like that sabertooth tiger did Fred Flintstone except naked and in the freezing cold is a whole other level of assholery on par with D’Angelo Russell’s Snapchat antics.

Then again, if I saw that the temperature wasn’t supposed to drop below 32, I would probably figure my friend would be fine, even though the freezing point of water has absolutely NOTHING to do with being warm enough for a human to survive. I actually had this thought just now despite sober, so I guess I can see how these idiots thought he’d be fine.

Then again then again, these guys were French and it’s always fun to say fuck the French. So fuck these frogs for killing their friend because he’s a snorer.

TL;DR If your buddy’s snoring is bothering you, give him a good shot to the ribs instead of stripping him naked and killing him from hypothermia. That’s a sick move