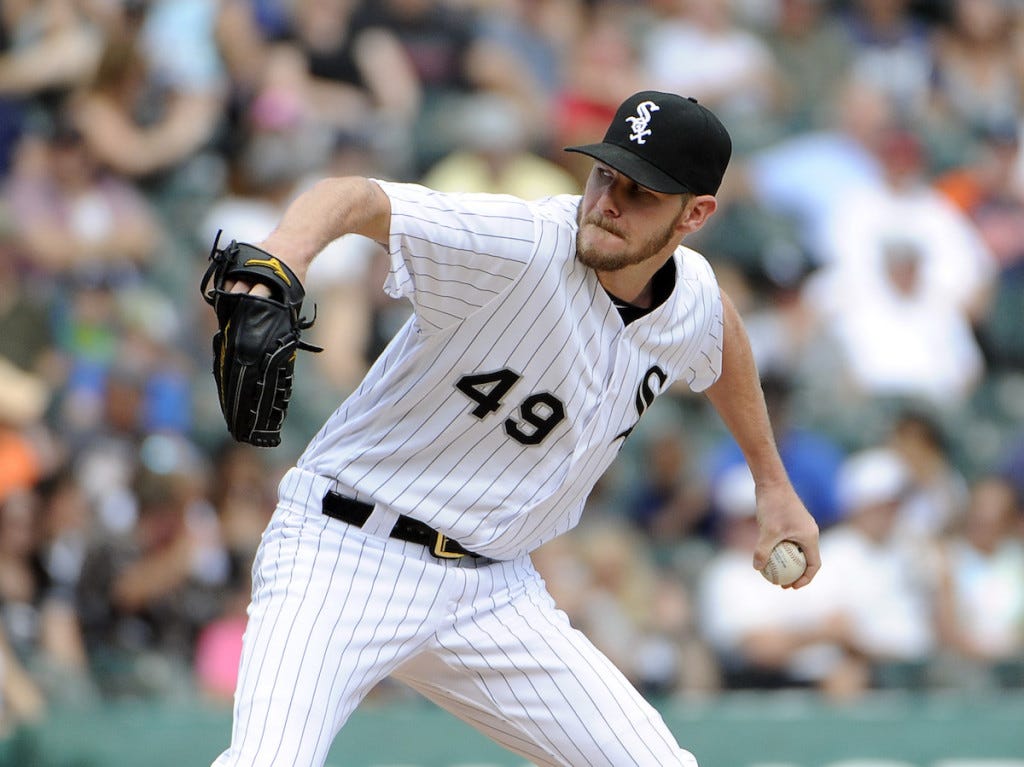 I just had a whole blog written out about how the Red Sox were getting more aggressive on the Chris Sale front, and how terrified I was of the package that it would cost to acquire him, and then BOOM, Ken Rosenthal drops the bomb of the offseason right on all of our heads. Chris Sale is coming to Boston. Wow.

This is exactly what I was afraid of, the cost. As of right now, we only know two of the names — Yoan Moncada, the top prospect in baseball, and Michael Kopech, Boston’s second best pitching prospect behind Jay Groome, who throws triple digits. Right off the bat, this package hurts a ton, but we knew that it would. One, because of Sale’s talent and perennial Cy Young candidate status, but also because of how ridiculous his contract is. Soon to be 37-year-old Rich Hill just re-signed with the Dodgers for $48 million over three years, and Sale is owed $38 million over the next three years.

It’s a weird feeling, man. The Red Sox just acquired one of the best left-handed pitchers in baseball to go along with David Price and the reigning Cy Young award winner in Rick Porcello, but I just have this sinking feeling about giving up Moncada. We probably won’t know who the real winner of this deal is for several years, but time will tell. And who knows? Maybe the Red Sox win a World Series with Sale, and Moncada goes on to become the superstar that he’s projected to be, and it’s a wash, similar to when Boston acquired Josh Beckett and Mike Lowell for Hanley Ramirez.

The one thing that disappoints me the most about this trade is that the Red Sox didn’t sack up and pull the trigger this past July, because now you’ve wasted one October with Sale, and the opportunity to have David Ortiz in the lineup with Sale on the mound. Then again, perhaps the asking price wasn’t the same back then. I’m sure we’ll find out more soon. Also, I’m terrified to find out who those other two prospects are, because I feel like they’re not going to be no-names. I’ll update the blog as more information comes in, but holy shit. Chris Sale is on the Boston Red Sox.

Secondary pieces don’t hurt nearly as much as I anticipated them to. All in all, I think the Red Sox come out of this one looking pretty damn good. Don’t get me wrong — losing Moncada hurts like a son of a bitch, but you just landed one of the best starting pitchers in the game for the next three years on a dirt cheap contract.