Too good. Love his passion there. It’s not every day you get to score on the ice of the Verizon Center in front of thousands of people, and he was going to soak it all in, as the million…..and millions of Mite on Iceaholics gave him a standing ovation: 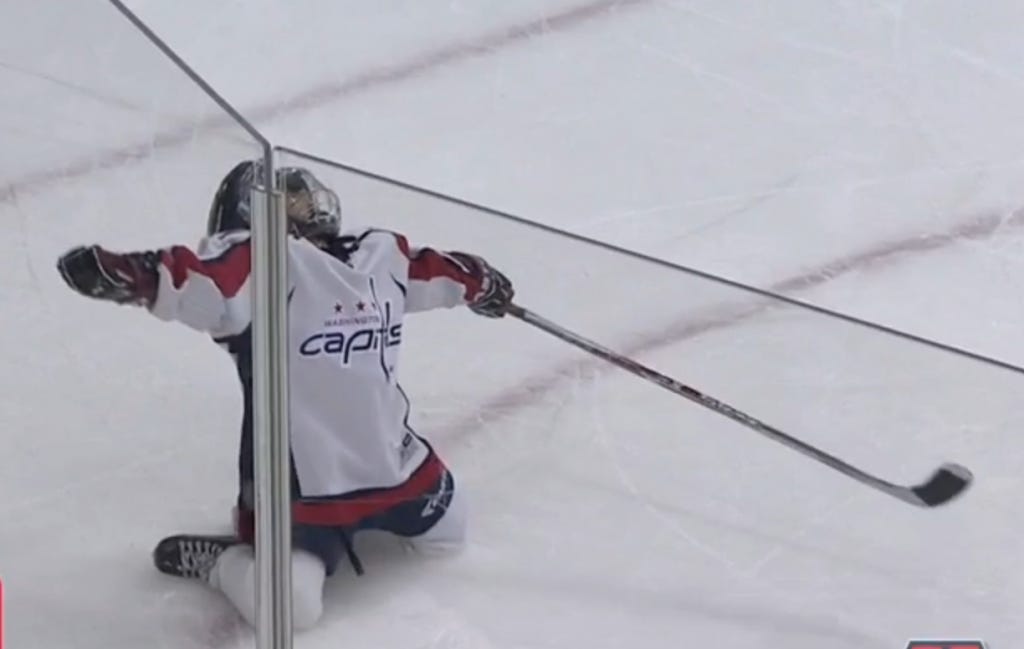 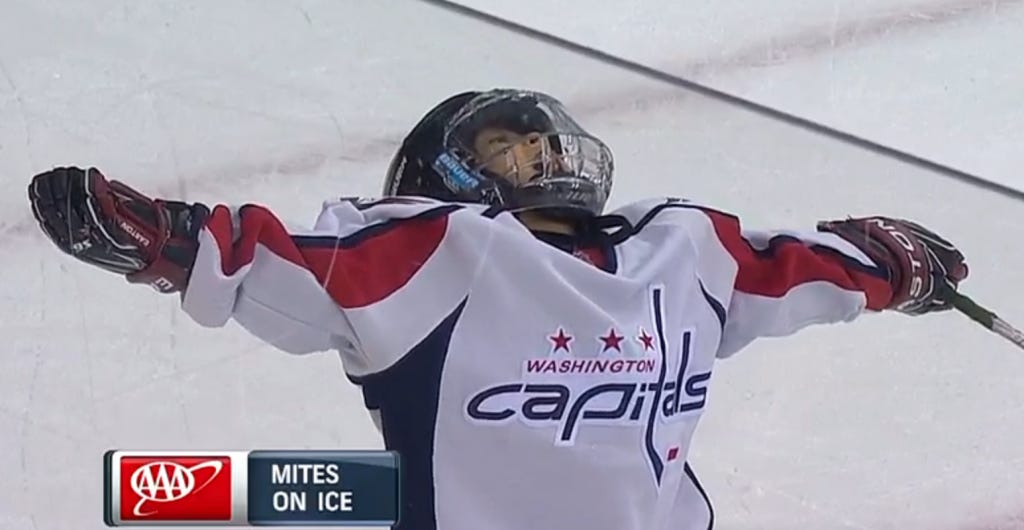 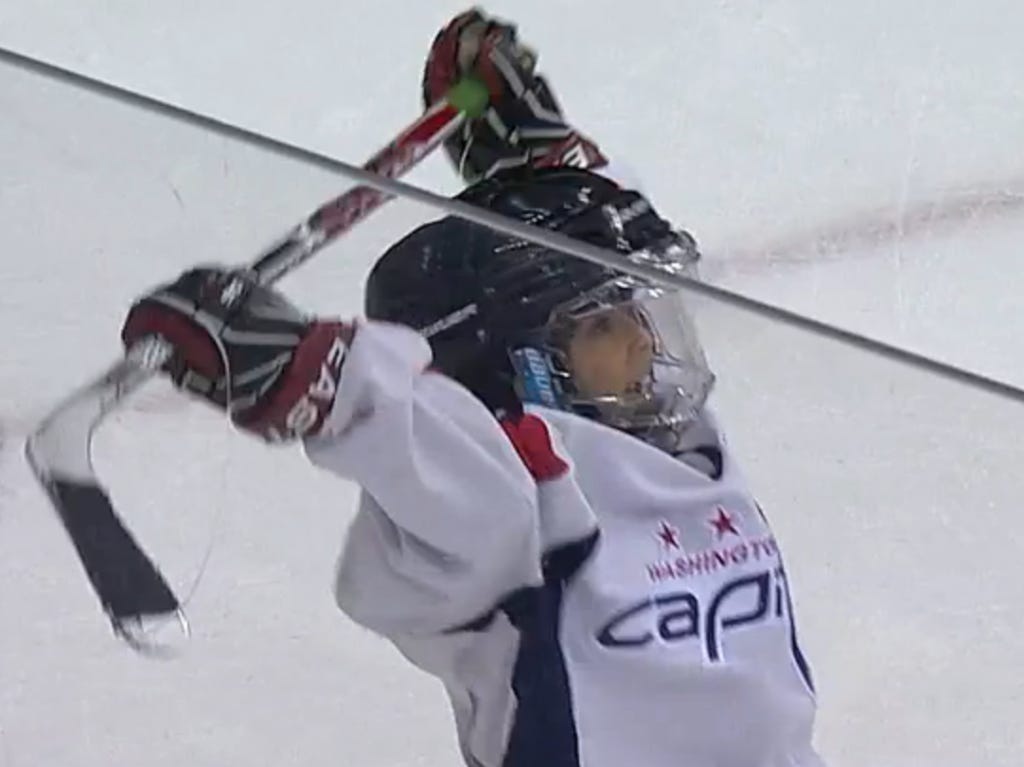 If this was the NFL he’d be banned and blacklisted, but since this is hockey he was named player of the game. I hope to one day be as excited for something, literally anything, as he was for scoring that goal. Oh to be young and full of hope before the world gets it’s nasty claws on you.