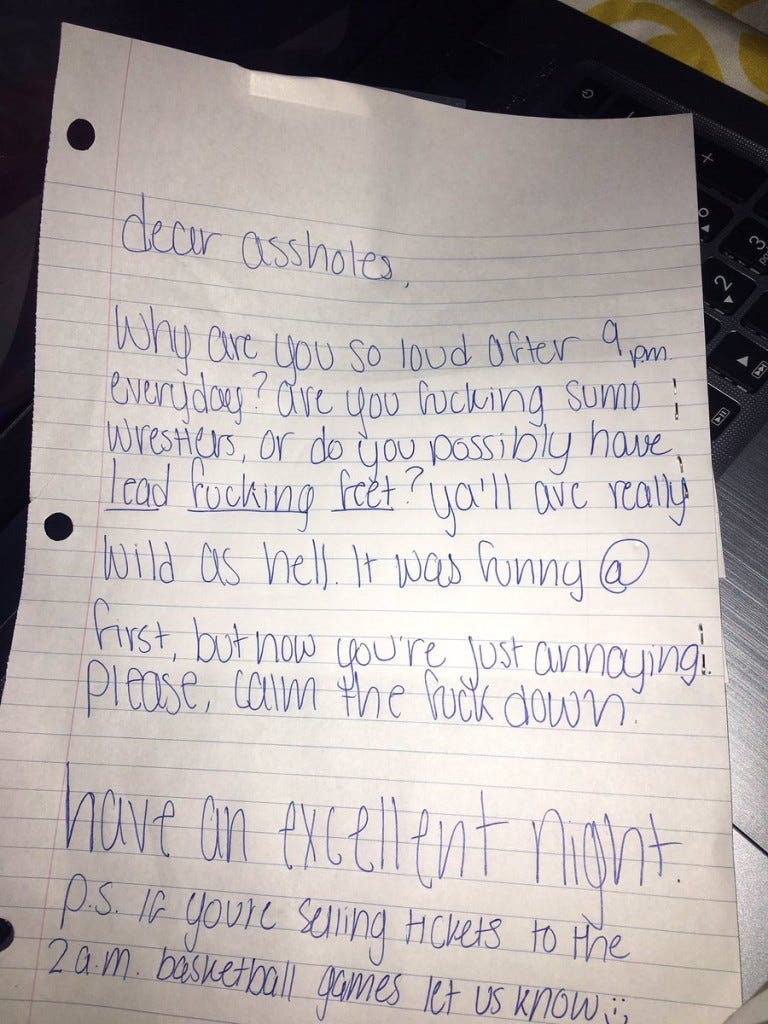 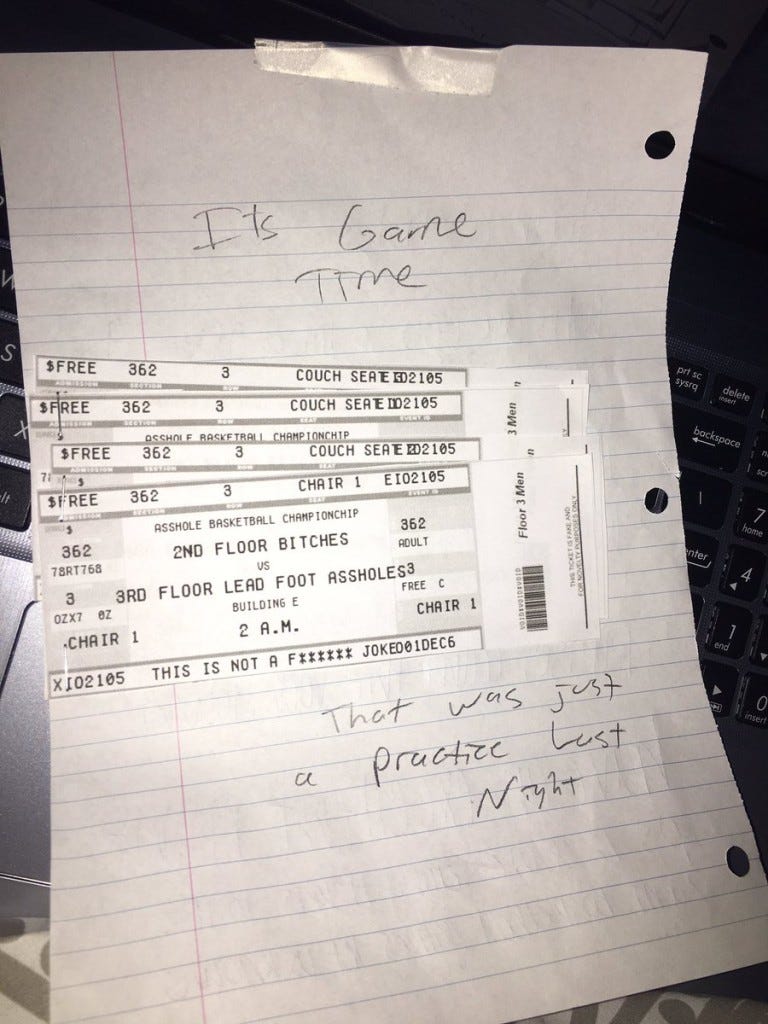 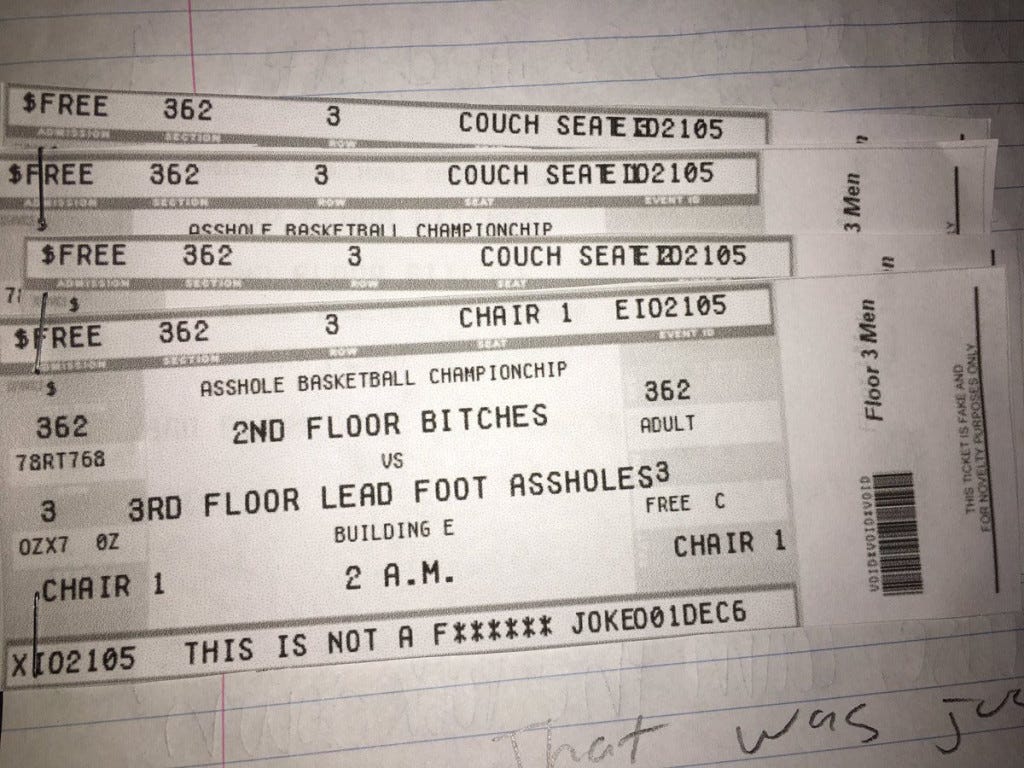 Goddammit I can’t imagine how good it must have felt to give that note to the bitches on the 2nd floor. Especially with that smug ass smile at the end of their P.S. Being able to stick your proverbial thumb in the proverbial eye of someone that writes a note like that with a witty response is a high that I imagine only the super expensive, super secret drugs that celebrities do must feel like. Just an A+ job from the 3rd Floor Lead Foot Asshole. And as they say in the journo biz, the devil is in the details. Tickets with the date and time, with both couch and chair seats available!

And the best part about all this is that the 2nd Floor Bitches probably don’t realize that they make the same weird ass sounds as the 3rd Floor Lead Foot Assholes. It’s just the 1st Floor Pussies don’t have the nerve to tell the Bitches that they are the same as everyone else. To be fair though, it wasn’t until I saw this YouTube parody that I realized that the chick that lived above me when I lived in Astoria probably wasn’t dropping a gumball machine every night or had 6 different phones on her floor all on vibrate and she probably didn’t throwing her cat across the room only for her to pick it up and throw it again. It’s probably just the weird sounds of living under a person that you aren’t used to unless you are forced to live under someone.

But hey, at least the passive-aggressive notes are fantastic.

P.S. I swear that headline wasn’t supposed to be clickbait, but I honestly had no idea how to phrase this blog. I may have to sign up for some sort of blogger’s workshop for headline writing to be honest.