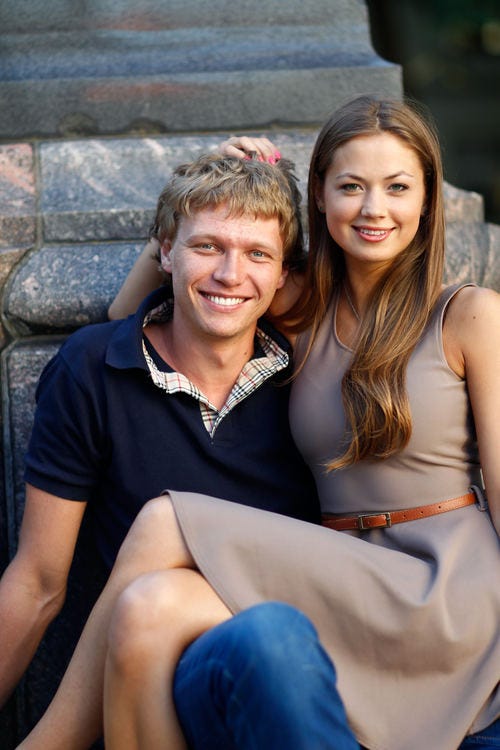 KUZIIIIIIII you sandbagging son of a bitch! I can’t believe we have had the wool pulled over our eyes by two Euros over the last year. First we had our Latvian unicorn quietly fly under our radar despite being a Latvian hip hop fan that once had dreads and would love to hit the sheets with Rihanna. And now it comes out that Kuzi is a goddamn stud on and off the court. If I had known this was Kuzi’s girlfriend, I would have had wildly different expectations for him. I just saw him as the floppy haired Euro that could shoot and would probably have a nice time playing for the Westchester Knicks, even though being from Lithuania instantly made him cool because of those tie dye basketball shirts. But I should have known there were layers to Kuzi like an onion once I saw that he wore number 91. Not just any player wears number 91. That’s a special number. A number worn by The Worm and Ron Artest. You gotta be special to wear those two digits. If I had seen this picture of Kuz, I would have known he had the fortitude to perform at The Mecca. Balls of steel. 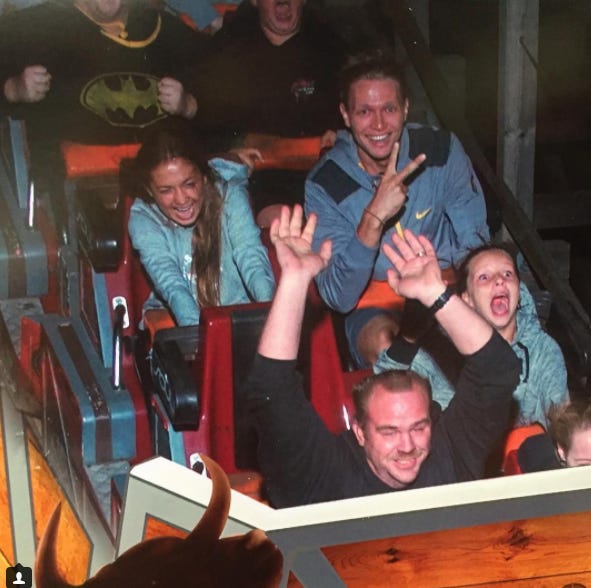 Sure the Knicks starting lineup is good. You expect that from a super team. But I did not know Jennings and the Euro Boyz would be the most fun unit in the NBA this season. And yes I know that being a pro athlete in any country usually helps you land a beautiful woman. But not a goddamn 25/10 who oh yeah by the way is a dancer from Eastern Europe. Basically one step up from the gymnast on Seinfeld. Unbelievable. Fucking Kuzi, man. You think you know a guy from a few YouTube scouting clips and short write ups after he signs with your team as a free agent.

Oh yeah, you are probably looking for some more pictures of the unbelievably beautiful woman that is dating Kuzi. Here you go. 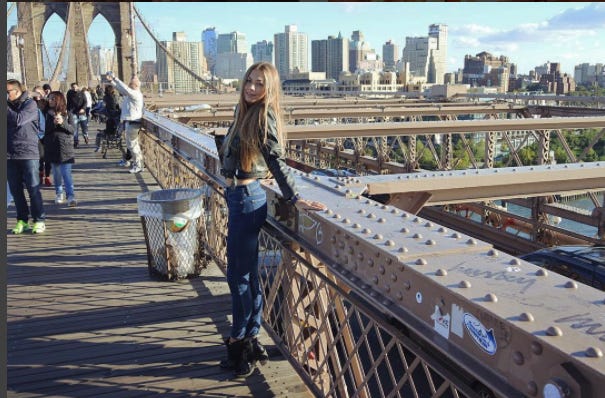 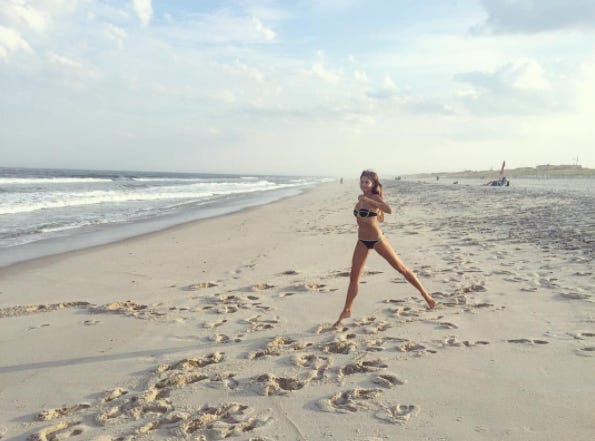 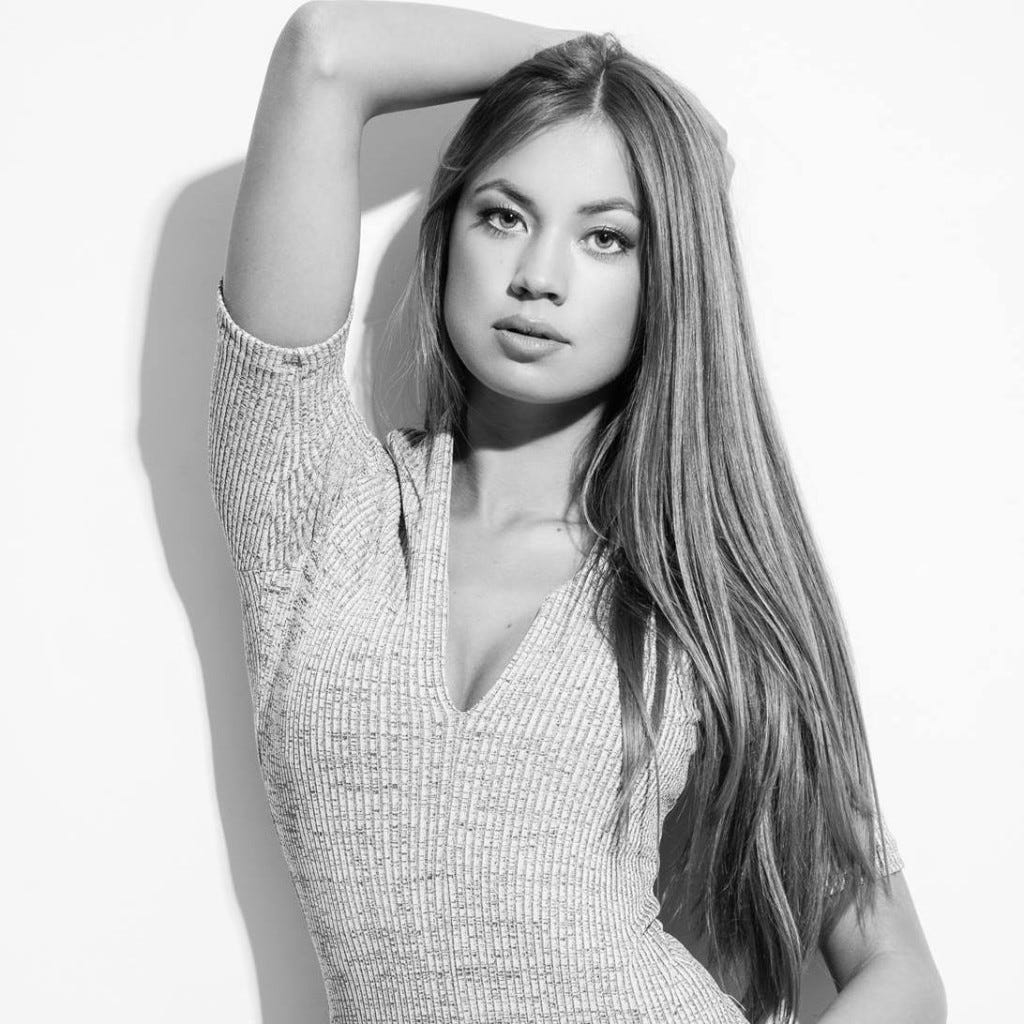 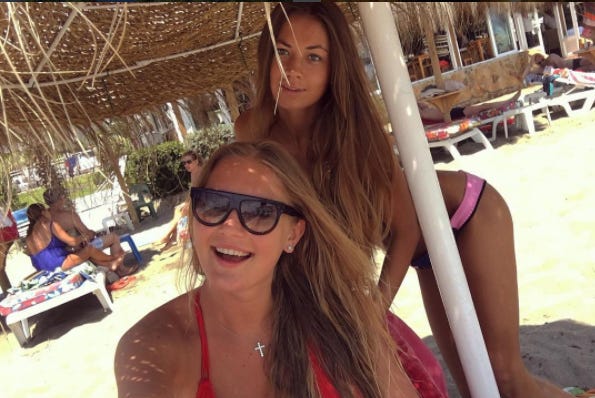 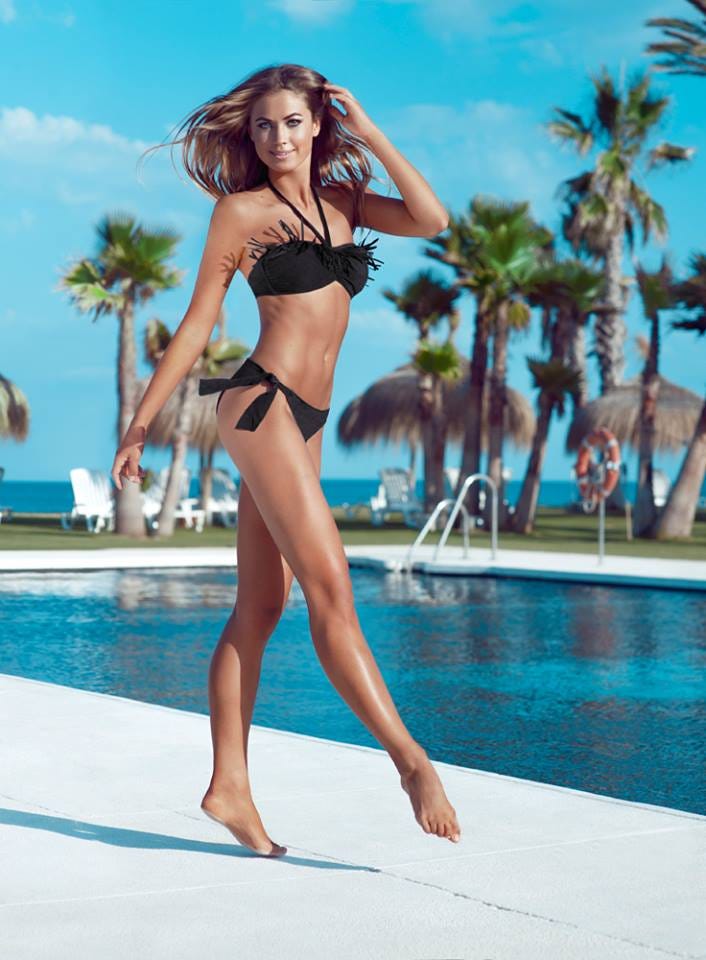 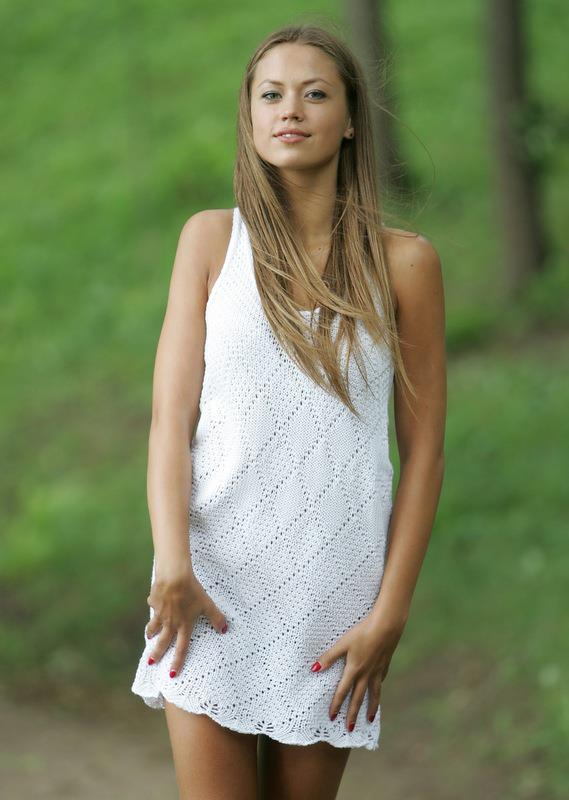 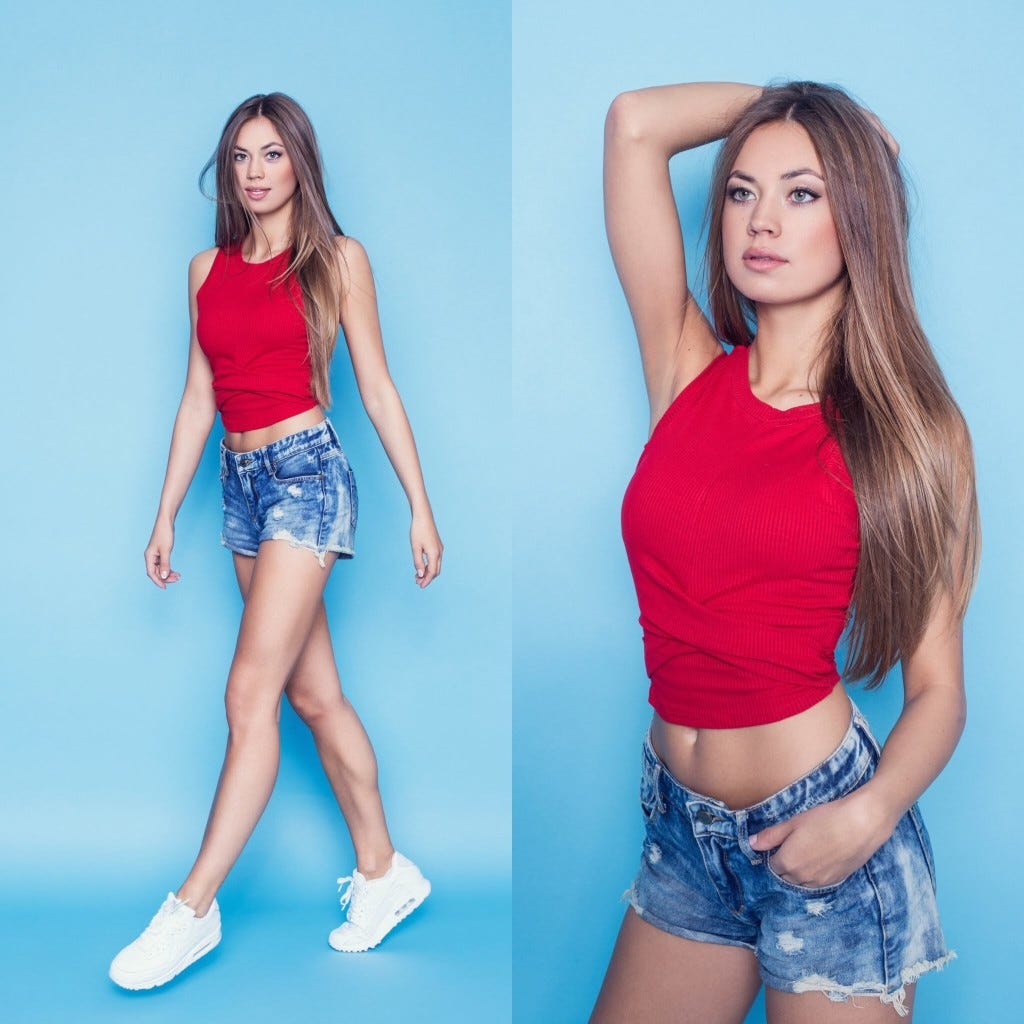 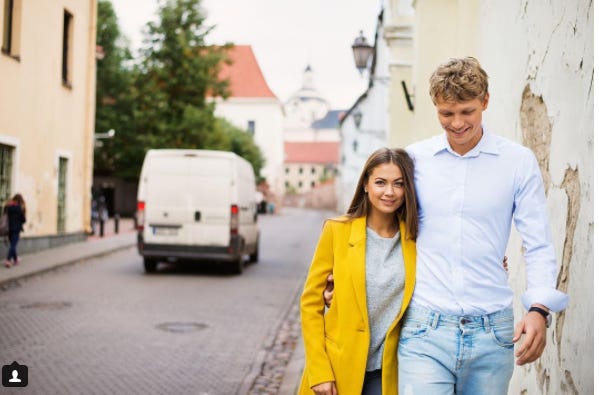 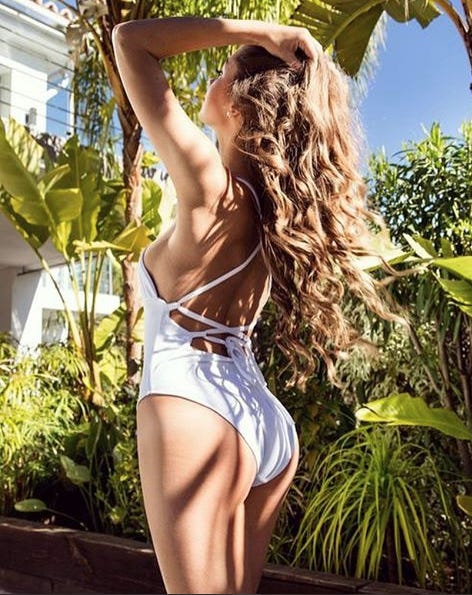 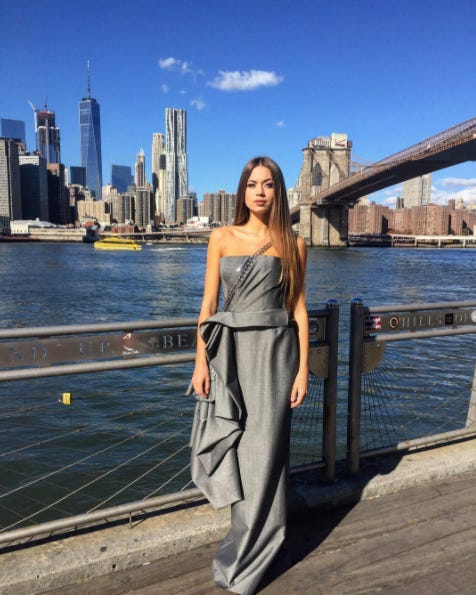 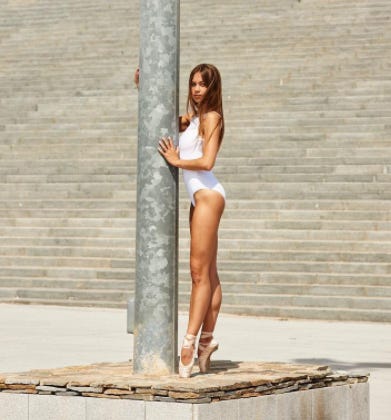 And I call this one Beauties and the Beast. 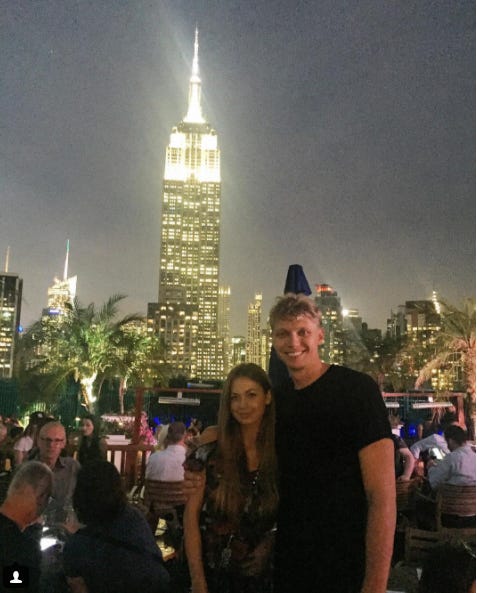 Love you Kuzi. Welcome to the family Egle.