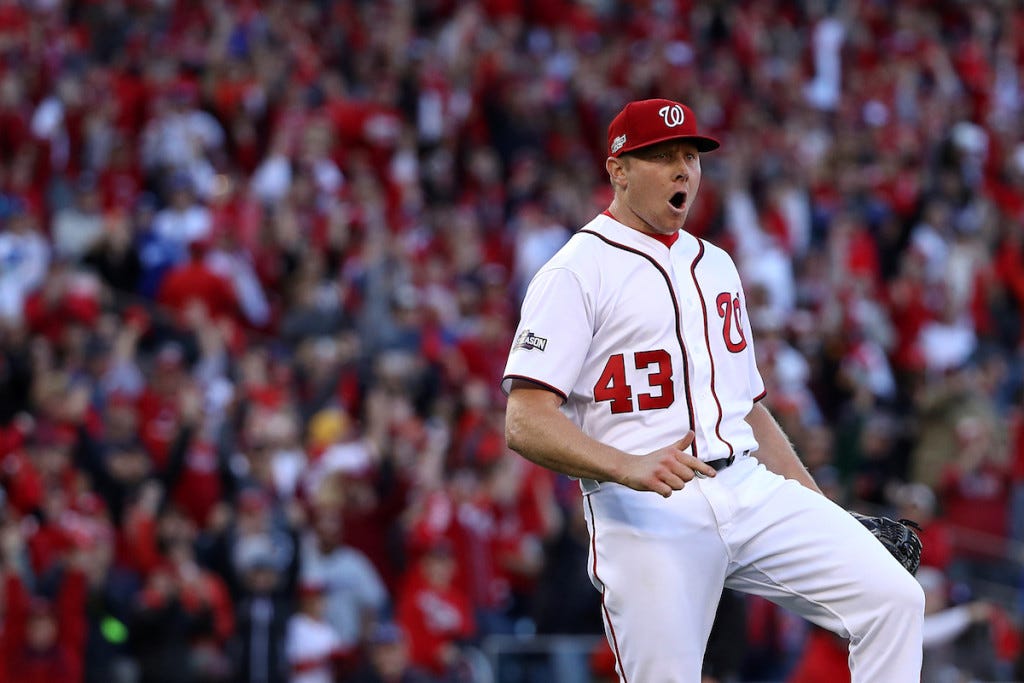 The San Francisco Giants somehow managed to make the postseason in 2016, even though their bullpen was an unmitigated disaster, blowing 30 friggin’ games this year. This is a step in the right direction to fixing that problem.

Speaking of unmitigated disasters, that’s how I remember Mark Melancon as a Red Sox fan. Prior to the 2012 season, Boston flipped Jed Lowrie and Kyle Weiland to the Astros for Melancon, and he proceeded to tally a 6.20 ERA and 1.27 WHIP in 41 appearances for Boston. In that same season, he also gave up the longest home run that I’ve ever seen hit at Fenway Park in my entire life.

So, to have that as my introduction to Mark Melancon, and to see where he’s at now is truly a modern miracle. After that 2012 season, Boston packaged Melancon with three others players and sent him to the Pittsburgh Pirates in exchange for who Boston thought would be their new closer, Joel Hanrahan, and a throw-in utility infielder by the name of Brock Holt. Once Melancon landed in Pittsburgh, he became one of the most effective relievers in the game. Since the start of the 2013 season, among relievers with at least 150 appearances, Melancon is third in the majors in ERA (1.80), behind Wade Davis (1.17), and Zach Britton (1.35). He’s also fifth in WHIP (0.91), and third in saves (147). He’s also second in the majors in appearances over that span (297), just two appearances shy of the major league lead, which is held by Bryan Shaw of the Cleveland Indians.

The Giants desperately needed a closer, and the price tags on Aroldis Chapman and Kenley Jansen are astronomically high, so this was a great fit for San Francisco.