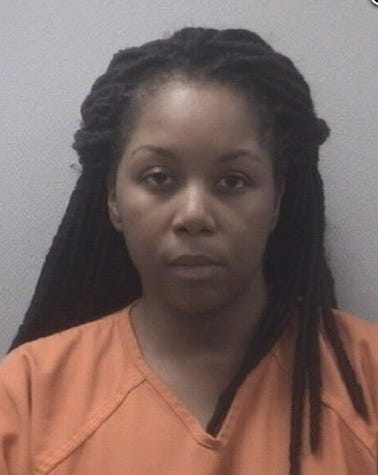 CBS – A substitute teacher working at Sandhills Middle School has been charged with two counts of cruelty to children after using tape to restrain students, according to the Lexington County Sheriff’s Department.

Deputies say Janeen Clark, 26, taped two male students to their desk chairs and bound their hands with tape during school hours Thursday.  She is accused of putting tape over the mouth of one of the students and allowing another student to tape the second victim to a chair.

“We dispatched a team of investigators to look into this situation as soon as the school made us aware of it on Thursday,” Lexington County Sheriff Jay Koon said. “Our investigation is ongoing and we’re still talking to those who were involved.”

Clark was booked into the Lexington County Detention Center early Saturday morning. She was released on her own recognizance that same day.

Deputies say cruelty to children is a misdemeanor charge punishable by a fine of up to $200 or up to 30 days in jail.

Let me say, as a former class clown myself, that these kids probably deserved it. My eyes lit up when there was a substitute teacher. Not only was it a chance to do no schoolwork or learning, it was a prime opportunity to fuck around. As humanity descends into a fiery pit of squalor, I can only imagine that kids are getting worse and worse, so this woman was undoubtedly backed into a corner where duct taping these kids to their desk was the only option. Imagine all the acting out that these kids did, and the teacher is the one to get in trouble? Very unfair!

The local courts are definitely giving a little wink and a nod to the teacher, by giving her a fine of “up to $200.” They know what she’s going through. They know that those future criminals she has in her classroom are little Tasmanian Devils with iPhones, so anything that she did was the equal and opposite reaction to something way worse.