Shout out to the makers of the trailer for giving us an exclusive sneak peek of the entire first part of the movie.

Exactly what I had listed in my Pet Peeves blog: 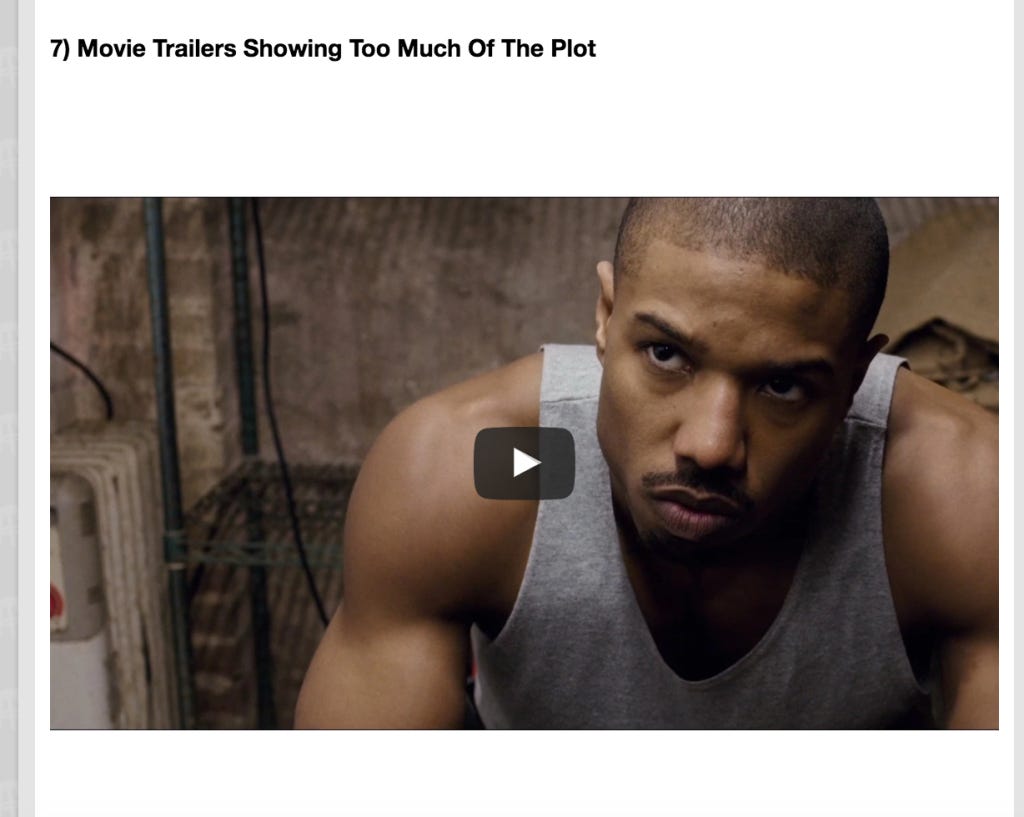 This is an issue that’s been bothering me for years, and I’ve finally started to sense it catching on with the mainstream public (you could say I’m kind of a movie-trailer hating hipster I guess). It’s gotten to the point where if there’s a movie you’re truly excited about seeing, you have to cover your eyes during it’s freaking promotional trailer. “Creed” is the one that immediately comes to mind. You see literally every single conflict, rising action, falling action and climax from the damn movie.

And yes I totally understand why this has become a thing. A combination of the movie industry hemorrhaging money on movies that aren’t superhero-based or sequels with built in fan bases, and the general public being, on the whole, idiots.

Why do I want to buy a $15 ticket, $8 popcorn, $6 soda to walk into a movie where I know they find a mummy, put it on a plane, the plane crashes, the girl gets the one parachute and Tom Cruise dies but comes back to life infected with mummy or something? That should be an awesome suspenseful scene and now I know exactly what happens.

And where the FUCK is Brendan Fraser?