Listen. I know that I have a tendency to go a bit overboard when reacting to goals. I realize that I use hyperbole a tad too much and when you say every goal is the greatest goal you’ll ever see, that it starts to take away from the next goal’s credibility. With that being said… this is the greatest goal that you’ll see all year and quite possibly in your lifetime. Just take another look at it.

Are you serious? 98% of all hockey players who have ever laced up the skates are perfectly content with that spin move and just try to throw any shot on net from there. It takes an incredibly heightened sense of cockiness to go between the legs right after spinning the defenseman into playing baseball for the rest of his life. Some silky smooth swagger sauce right there and not even alliteration does it justice. It almost feels wrong to keep going with this post since nothing else will be able to live up to this goal. But let’s try to march on anyway.

Your Alexander Radulov Goal of the Week

I’ve been doing Dangle Days for a few weeks now and I think it’s time to just give Alex Radulov a permanent weekly appearance. While the KHL is falling apart to shit and teams are so poor they can’t even afford to pay their players, Raddy made the decision to come back to the NHL and he’s been a highlight machine ever since. Only guy in the league who pulls this move smoother than Radulov is Patty Kane. If you’re Peter Budaj in this situation, you have to know you’re fucked the moment Radulov steps onto the ice for his shootout attempt. Must be from all the potassium.

Thomas Chabot was the 18th overall pick in the 2015 NHL Entry Draft. He’s currently playing for the Saint John Sea Dogs in the QMJHL but who knows how much longer he has with them. Not because the Senators will be calling him up any time soon. But because I’m almost certain he’s wanted for murder after this move. This belongs in a museum. 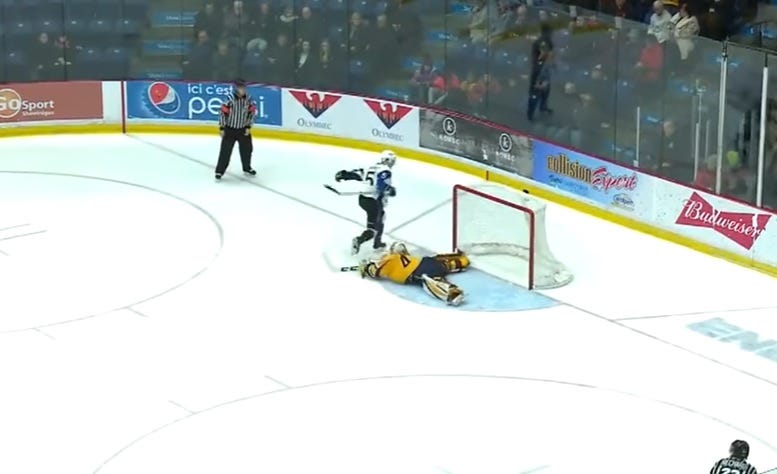 Okay so maybe this wasn’t much of a dangle and maybe Bernier is gonna want that one back. But on his first shot during his first shift back from injury, Johnny Gaudreau gets himself on the board. It’s just gonna be a little difficult for the kid to dangle for a while when he literally has bricks for hands. Here’s a look at his new glove to protect that fractured hand. 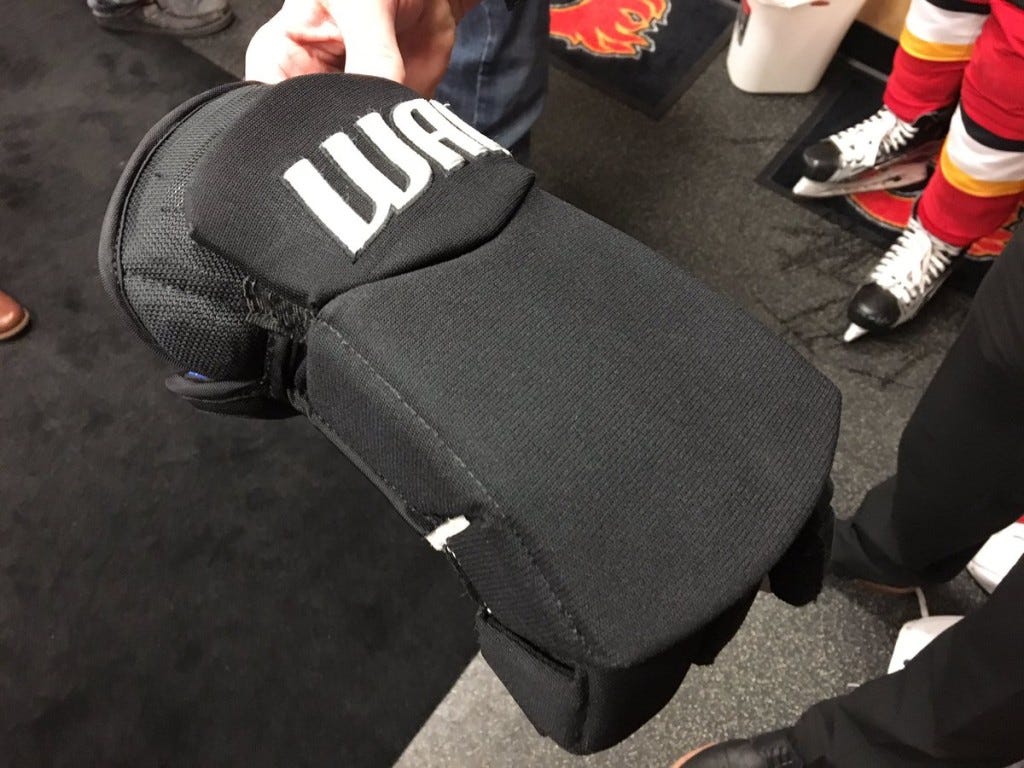 Snipe of the Weekend:

Phil Di Giuseppe. Ever heard of ‘em? Yeah, me neither. But here he is winning the game for Carolina in overtime with this beauty. Sneaky little release that finds a way to get by Ben Bishop who is 6’7″ and takes up a ton of net. Feel like people never bring up the fact that Ben Bishop is 6’7″. But yeah, some fun facts about the Tampa Bay Lightning are that Ben Bishop is 6’7″, Tyler Johnson was undrafted and Alex Killorn–much like Riggs–went to Harvard. Now you have a bunch of neato conversation starters and now you also know the name Phil Di Giuseppe. You thought he was just some guy down the street who owns a pasta store. Little did you know he’s the Italian Sniper.

Your “Get Rekt” of the Week:

“THE GOALIE” – Wolf “The Dentist” Stansson

Gotta love the tendy coming all the way out to the blueline to make a play on the body. And from the looks of the ice, it would appear they’re in Europe. Which is crazy because those pussies never hit. This is a goalie who was thirsty for blood and we need about a million more just like him.

Dab of the Week:

Teddy Bear Toss of the Week:

Have a great week, everybody. And don’t forget to Stay Saucy out there.