The Sun – HORRIFIC footage has emerged of the shocking moment a lion tamer is killed by one of the beasts during a live show.

The man was performing for a crowd in a circus show in Alexandria, northern Egypt, when the attack happened.

According to a security source quoted by Al Arabiya.net, the victim was 35-year-old Shaheen Islam, who worked as a trainer in the Alexandria’s Lion village.

Islam died from the horrific injuries he sustained in the attack.

I don’t particularly enjoy videos of people getting mauled to death but maybe this will serve as kind of a wake up call? Like…if you don’t want to get murdered by animals…stop putting them in cages then entering those cages? Everybody knows I’m a BIG common sense guy so I just kind of wanted to get this point across. I mean it’s just tough to feel bad for somebody who does this: 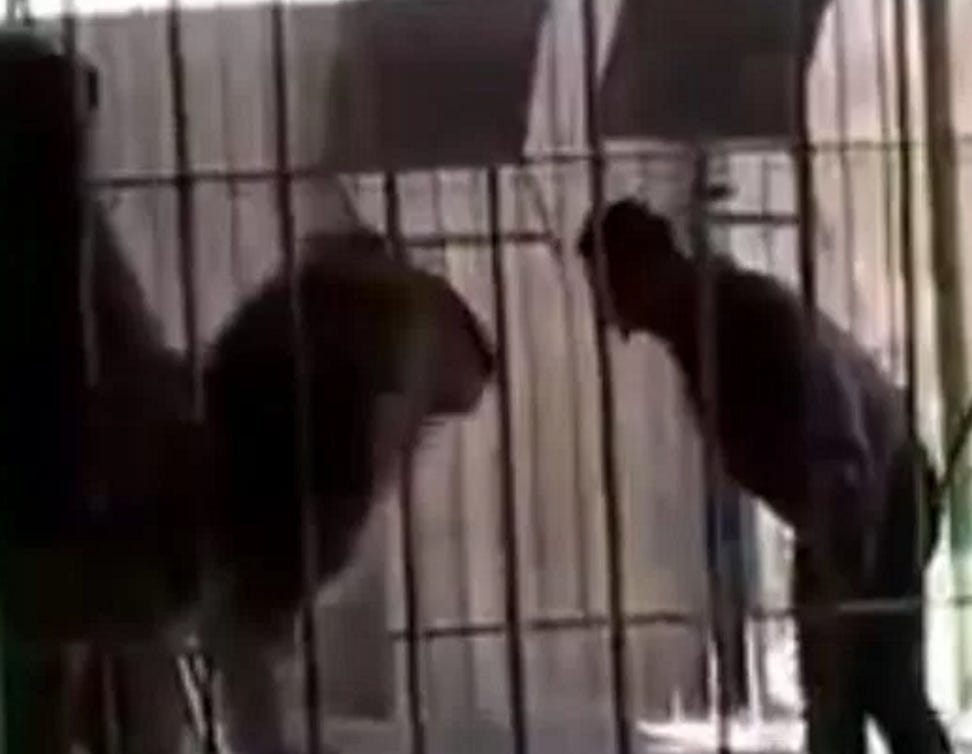 This ain’t some freak accident. We aren’t talking about a plane crash or a car accident or an AC falling out of a window and bashing in your head. Dude went into a lion cage and stuck his face up to the fucking thing.

I’ve found that the best way to avoid getting mauled to death by a lion is to not enter the cage of a lion. I don’t want to act like I’m smarter than everyone but, I’ve been doing that my entire life, and have yet to be mauled to death by a lion. I wake up every day and come home every night safe and sound without being eaten by a lion. It’s a case study I’ve done personally and those are the conclusions I’ve drawn.