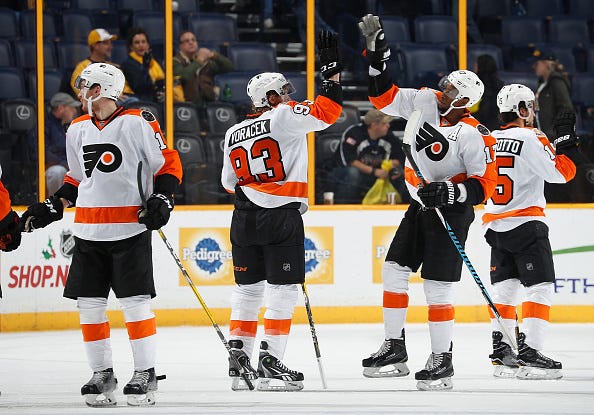 Not one. Not two. Not three. The Philadelphia Flyers Men’s Professional Ice Hockey Team is currently on a 5 game winning streak and all of a sudden, NHL.com is looking a little NSFW today. 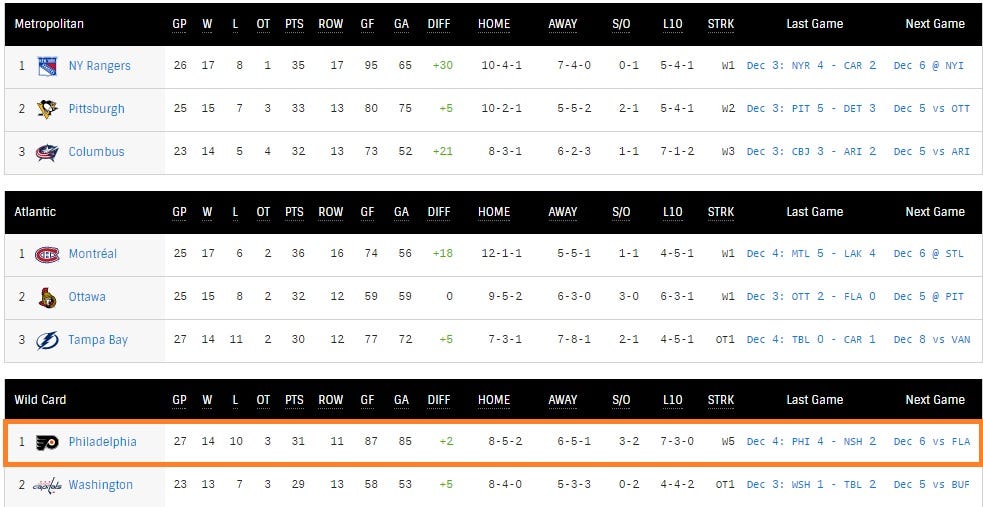 Sunday to Sunday. Flames, Bruins, Senators, Blackhawks, Predators. Not a bad little lineup the Flyers have mowed down over the past week. Especially considering they’re doing it without Sean Couturier in the lineup and Neuvirth is still out as well. Things were looking down for the Flyers about 2 weeks ago. It was so bad that I even customized a Nolan Patrick Flyers jersey, added it to my cart but then never proceeded to checkout. But now? Monday December 5th, 2016 with the Panthers, Oilers and Stars all coming into Philly this week? Well now I’m fantasizing about that 3rd spot in the Metro and let me tell you, folks. It is glorious. So enjoy the streak now while you can because we all know that the 5 game losing streak is right around the corner.

Some highlights from the weekend….

The Ivan Provorov World Destruction Tour has officially begun after he put Chief and the entire Blackhawks organization in his back pocket on Saturday. Here he is tying the game up at 1-1.

And then just 31 seconds later…

Bang bang. Sure the Flyers may have caught a break on Saturday not having to play against Jonathan Toews and having Corey Crawford out of the lineup too. But that’s a rookie defenceman completely taking over a game against one of the best teams in the league no matter what way you look at it. 19-years old and lighting the world on fire one snipe at a time. The best part is even though Provorov’s offensive game hasn’t been consistently electrifying so far this season like we all hoped and dreamed it would be, he’s been playing great defensively. Always seems to be getting his stick in passing lanes and has been able to break down a few odd man rushes throughout this win streak so far.

Choo choo, bitches. Wayne Train pulling into the station and the tracks are extra greasy

2-goal night for Wayne Simmonds last night which is the 2nd most in the league. Laine and Crosby both have 16 on the year. Then Simmer, Scheifele, Kucherov, Pasta, Tarasenko and Grabner all have 13. 7 of Simmer’s 13 goals so far this year have come on the powerplay which is the most in the league tied with Kesler, Weber and Laine. Soooo yeah, Wayne Simmonds is one of the most dangerous offensive weapons in the NHL. If you didn’t know that already, well then now you know. He’s on pace for nearly a 40 goal season. Think about that. Wayne Simmonds the 40 goal scorer. Making under $4 million until after the 2018-19 season. Unbelievable what he’s been able to accomplish since coming to Philly but sure, the Flyers still miss Mike Richards….

By the way, Simmonds Voracek and Giroux are all top 15 in the league for points. Only team in the league with a more lethal big 3 right now is Pittsburgh with Crosby Malkin and Kessel.

I say it time and time again. Michael Raffl is the most versatile player in the Flyers lineup. With Couturier injured and Schenn sliding down to center the 2nd line, Raffl hops back up in the LW1 slot. He can play on the top line. He can make things happen on the 3rd line. It doesn’t matter where you put him, he’s going to be effective. But with moves like this one from last night, it’s going to be hard to make a case against him staying on a line with G and Jake moving forward.

The Flyers have caught some breaks over the past 5 games. They faced 3 backup goalies over their last 3 games but that’s more of a personal issue for those other teams. Meanwhile, Steve Mason has been standing on his head over this past week. He hasn’t allowed more than 2 goals in his last 4 starts and has a .944 save% through those 4 games. He’s been the hottest goalie over the past week or so and Stolarz looked good enough in his one start vs Calgary. So now I guess the Flyers just wait until Mason has a bad start before throwing Stolie back in between the pipes. This is what we’ve come to know from Steve Mason. He’ll go on these streaks where he plays unbelievable. Looks like a goalie who you can actually rely on to win you a playoff series. Then out of nowhere, he’ll go on a total bender the other way and give up every gumball that’s thrown his way. Would be great if this past week built up his confidence enough to keep him going for the rest of the season but with the Philadelphia Flyers luck, there’s an injury coming right around the corner. I want to kill myself already just thinking about it. 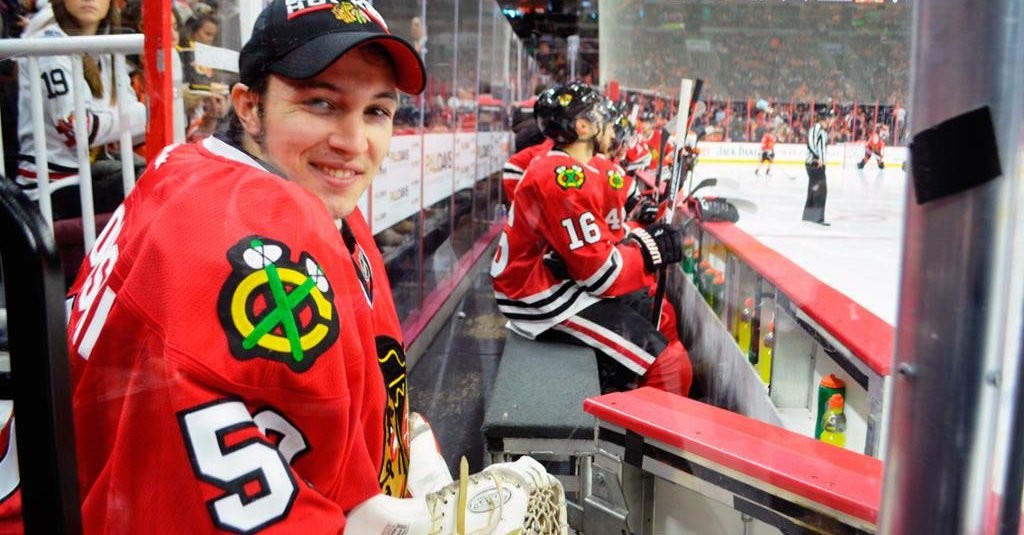 Quick shoutout to former Temple Owl Eric Semborski who got to suit up as the Blackhawks’ emergency backup on Saturday after Crawford got sick. Experience of a lifetime. I just wish we got an opportunity to see the kid actually get in there and face a few shots. Think as a Flyers fan he’d just do everything he could to get out of the way and let every shot go in? Or do you think we’d end up seeing some movie script shit and he gloves everything, stays with the team through the rest of the season and ends up winning the Stanley Cup? I gotta go with the latter on this one but I guess we’ll never know.