A human hasn’t landed a shot like that on a predator since Will Smith punched that alien right in its nose. Welcome to earth, Bitch! 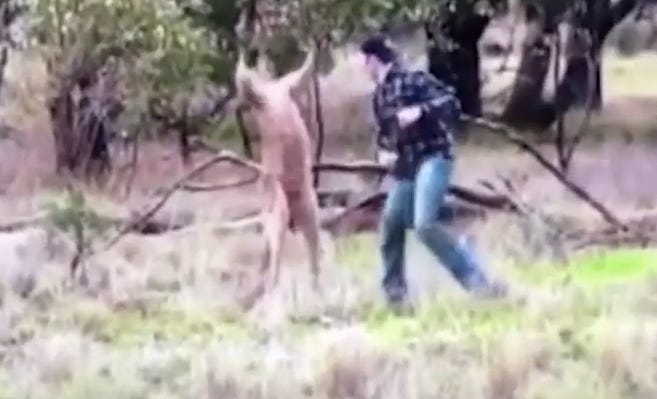 Never seen an animal confused as this little Roo right here. Dude hasn’t the faintest idea what just happened. Thought he was the big dog in town beating up on a dog then he realized the only thing stronger than a woman whose kid is under a school bus is a man whose dog is in a chokehold. Mister Krabs meme city 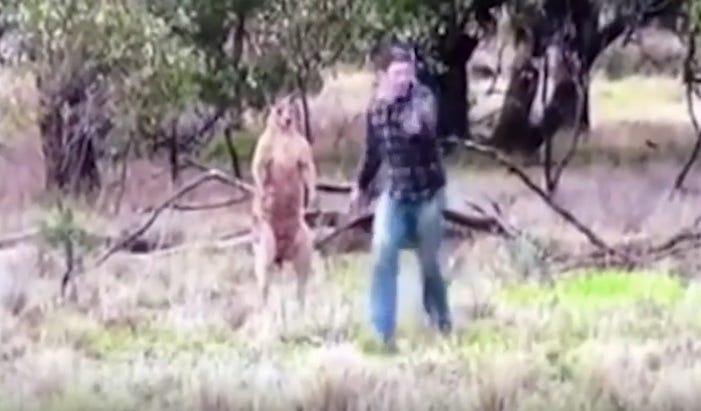 But that’s the world you line in, pal. You’re not the predator you thought you were. I forget the exact food chain but I believe it goes something like

That’s the don’t fuck with me list and I won’t hear opinions of the contrary.