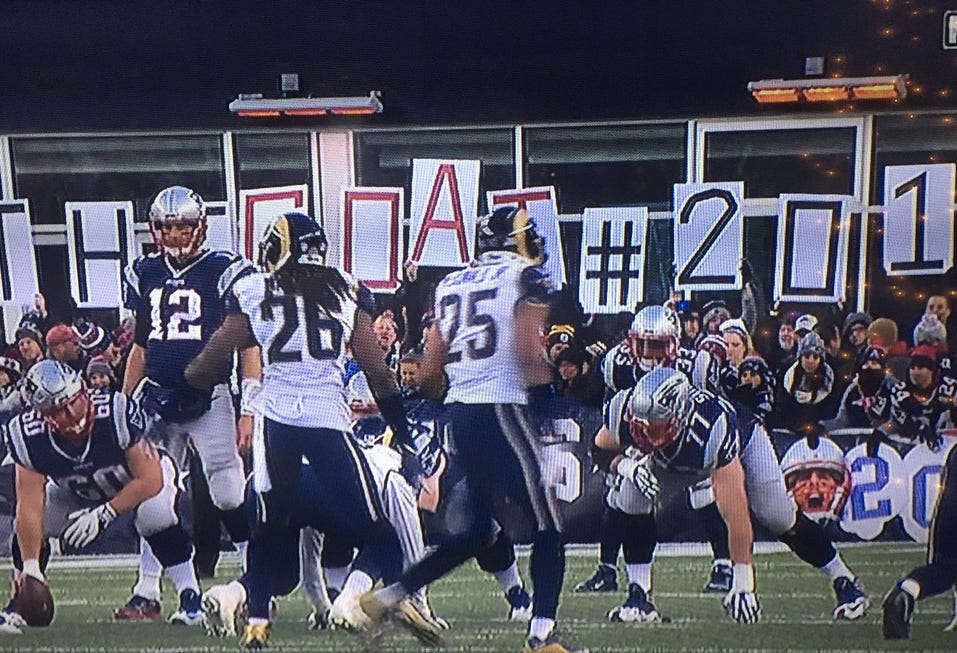 I just found out this game ended because here in lovely NYC, Fox switched to the Lions v Saints game at like the start of the fourth quarter so I immediately put on Netflix. If I wanted to watch bad football games I would’ve been born somewhere other than New England, Fox. But since it’s over and, idk, I guess it’s kind of a big deal to have your QB become the winningest ever and everyone else is taking their Sunday nap, I guess I’ll blog it.

The Rams are not awesome at football. The Patriots are. 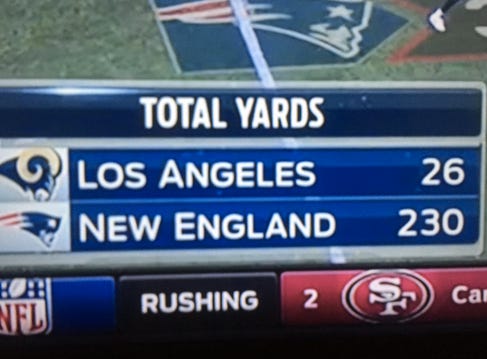 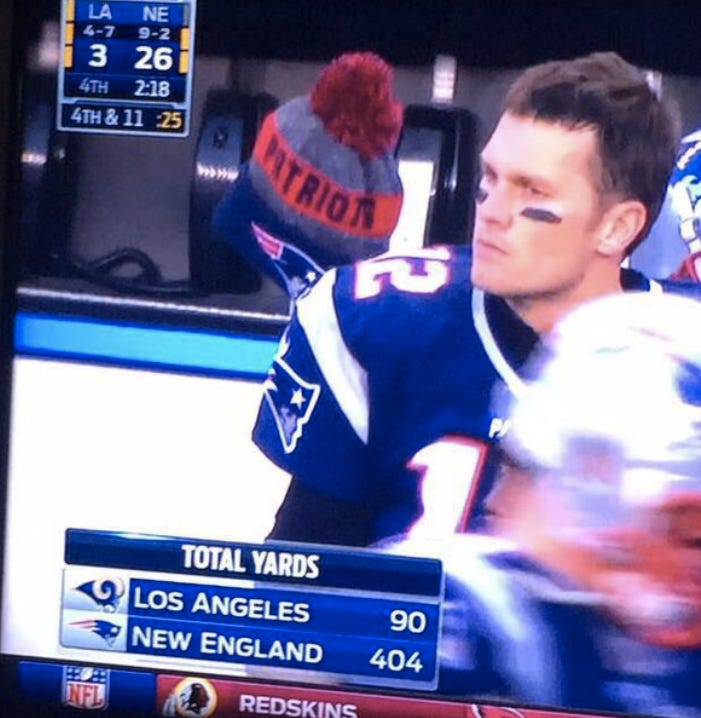 That’s pretty much the story of the whole game. Total domination even though the Patriots offense never really looked that great, they looked especially poor considering the fact that Jeff Fisher was on the opposing sidelines and spent all week preparing for Danny and Brandon.

You know the game was a particular beatdown and snooze when the three highlights really don’t have anything to do with football.

1. Troy Brown saying that the 2001 Patriots were the greatest team on fucking earth. Just because you’re a former player with a speech to give at halftime doesn’t mean you can skip the pre-game tailgate.

2. Julian Edelman reminding everyone he’s a fucking psycho who loves nothing more in this world than getting tackled by grown men.

3. Jeff Fisher being Jeff Fisher and straight up fucking losing his challenge flag. Looking around for the thing like your cheap friend at lunch who’s gonna get you back next time.

And that’s that. Patriots won. Tom Brady became the winningest QB ever. Jeff Fisher is hilarious.

Also of note: we’re in the throws of “please just end the game healthy and in one piece” season and seeing Hightower and Amendola go down is not sweet. Neither appeared too serious but still not sweet.