This is the worst anyone has ever gotten screwed in the history of Penn State! After an amazing win last night, Penn State gets their hearts ripped out. It was absolute pandemonium at the tailgate yesterday, the game was full of all kinds of crazy action, but at the end Penn State got left out. The silver lining for Penn State is that we can now complain for all time that we should have been included in this playoff. When the first two teams lose in the opening round, Penn State might even creep up to number three in the final rankings, provided that they win their bowl game. It was a long shot, but everyone’s back next year so we can take another shot at the thing.

Meanwhile on the bus, while some might romanticize the idea of bus life, consider some facts. The bus is dirty. The propane is broken. There is no heat. It is cold. And to top it all off, the bathroom is broken. As in the toilet will not flush, so there is pee stacked up in the toilet that has been sitting overnight. Thus the air in the bus is rich with a thick, vile smell of old piss. Earlier, Hank was literally scooping piss out of the toilet with a paper cereal bowl and dumping it down the drain of the sink in a heroic effort to mitigate the pungent odor. It didn’t work. The urine in the toilet has turned and is now a shade of toxic sewage green. But on the other hand, we’re heading for a Buffalo Wild Wings, and it’s my first time.

Some pics of the bathroom conditions below. It might make you gag. Everyone on the bus has just been randomly retching and dry heaving from the terrible smell that’s lingering in the air. So yeah, it’s a fun trip. 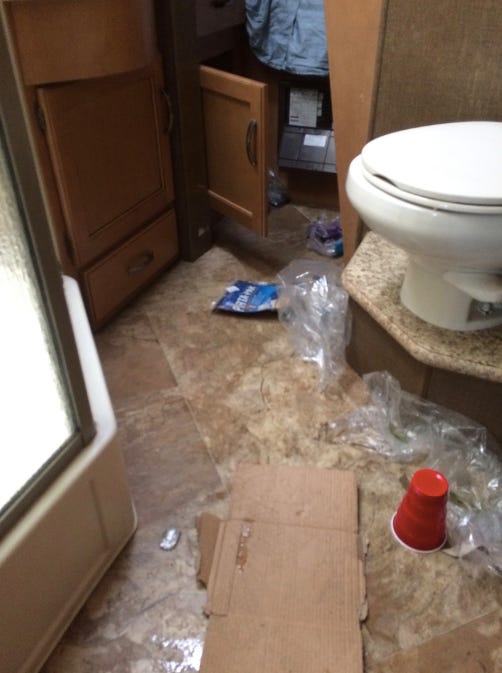 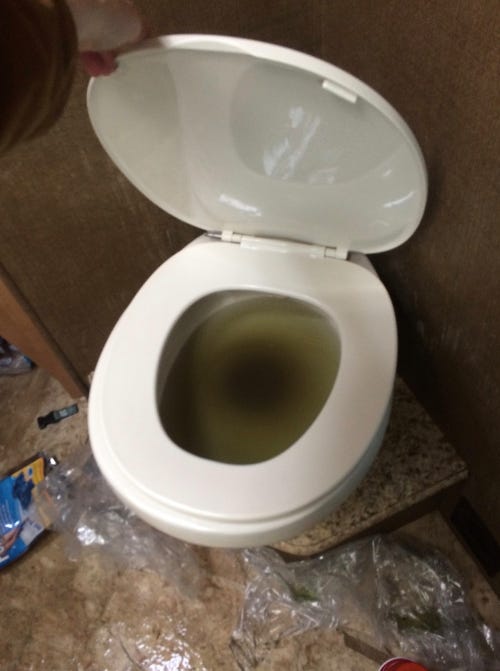