We all thought we we’re dead with last week’s barn burner loss to a great team in the Titans, but here we are sitting on the edge of a playoff birth. All we need is the following to happen:

Just win baby and the rest will fall into place. Our backs are still against the wall but it’s exciting to still be in the playoff hunt this late in the season. Just need a couple of things to go our way and we’ll be knocking on the Super Bowl door.

Bear Weather. Finally we have the weather we’ve all been waiting for. 1-4 inches of snow and near freezing temperatures. We excel in these conditions. 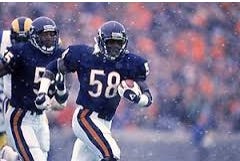 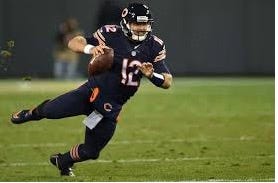 Matt Barkley. The latest Bears franchise QB was spectacular in his debut last week and against a 49ers D that is even worse than the Packers he should put up another monster performance. Must start in all fantasy leagues. 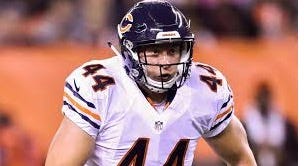 Nick Kwiatkoski. The rookie just seems like the type of player that would thrive in Bear Weather. Kind of a gut call here but I think he’s going to have a huge game. Kaepernick will be kneeling, but this time because of pain.

It’s going to be a stressful couple of weeks but when the dust settles I truly believe we are going to at the top of the NFC North standings and soon to be on top of the world. Bear Down!