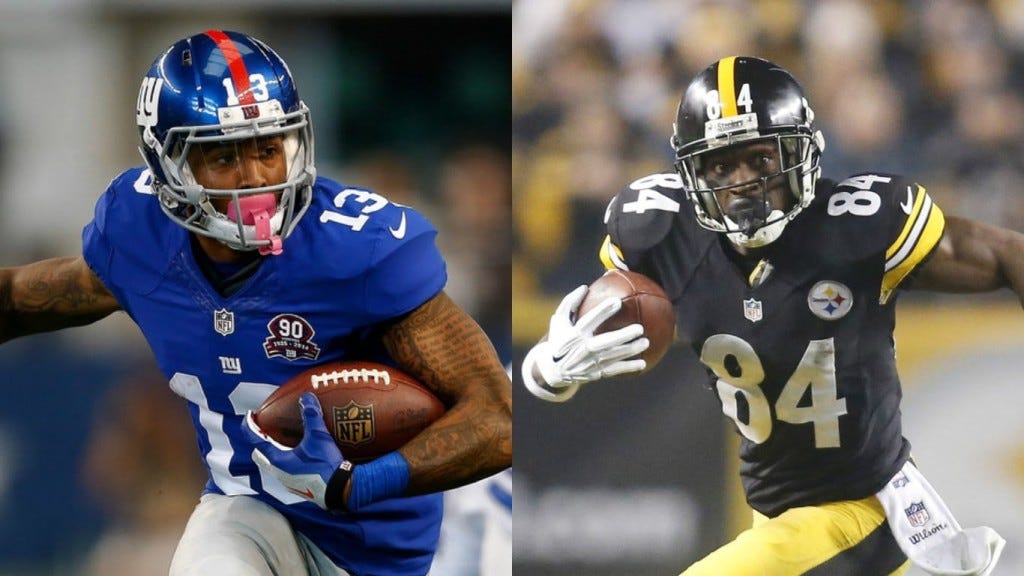 Let’s get the big picture out of the way. The G-Men sit pretty comfortably in a wild card spot at 8-3 (Dallas actually helped them out a bit with Thursday night’s win over the Vikings). Barring a lights-out finish from the Bucs, Vikes or Pack a couple more W’s should lock them into bonus football. NY did what they had to do, albeit in head-scratching fashion, against a slew of bad teams to get to this point. The remaining slate of battles with teams either fighting for division titles or their own division rivals is about to tell us what this Giants squad is truly made of.

A trip to Heinz is about as tough as it gets, especially to battle a well-rested Steelers team rolling now that their killer B’s are all healthy. Big Ben’s home splits are absurd. He’s averaged 337 yards over 4 games with 15 TD against only 3 giveaways & 5 sacks. Similar to Beckham, Antonio Brown hasn’t had as many absurd games as we’re used to seeing but he’s as dangerous as it gets in the red zone. And with all due respect to Zeke’s awesome rookie year, my money’s still on Le’Veon Bell as the most lethal all-purpose back in the league.

The Giants big money defense will have their hands full – but that’s why they’re here. Vernon & JPP gotta keep their motors running and disrupt Big Ben who’s basically been able to do whatever he wants at home without consequence. Jenkins will most likely be deployed as AB’s shadow to simply keep him a mere mortal instead of busting loose for a patented 10+/100+/2+ game. Snacks has been awesome this year but he & Big Hank haven’t seen anyone like Bell since stifling Elliot in his NFL debut. If the defensive line does their job then Casillas, Robinson & Kennard still have to limit Bell’s space & make sure simple dump-offs doesn’t lead to huge chunks.

As has been the case all season though, Big Blue’s best defense could be a reliable offense. Statistically the Steelers D is very similar to the Giants, so Eli & Co. will have to earn it. Manning’s had his worst two games on the road this year & has gotten away with some pretty shoddy play during this winning streak. If the offense can’t figure out a way to improve upon converting 3rd downs & sustaining drives – NYG average 24:30 of possession away from MetLife – it could get real ugly today. Give Pittsburgh the ball for 35 minutes at home and there’s not a defense that can stop them.

This is sort of a playoff preview for the G-Men. A loss doesn’t cripple them by any stretch, but odds are they’ll be traveling into hostile enemy territory for the wild card. Today should serve as a barometer for how the Giants might handle a trip to, say, Atlanta. If there’s a game left on the schedule to lose it’d be the non-conference tilt – but there’d be no bigger statement than extending the streak to 7 with a road upset over the Steelers. Tough to poke holes in a 9-3 team after that.