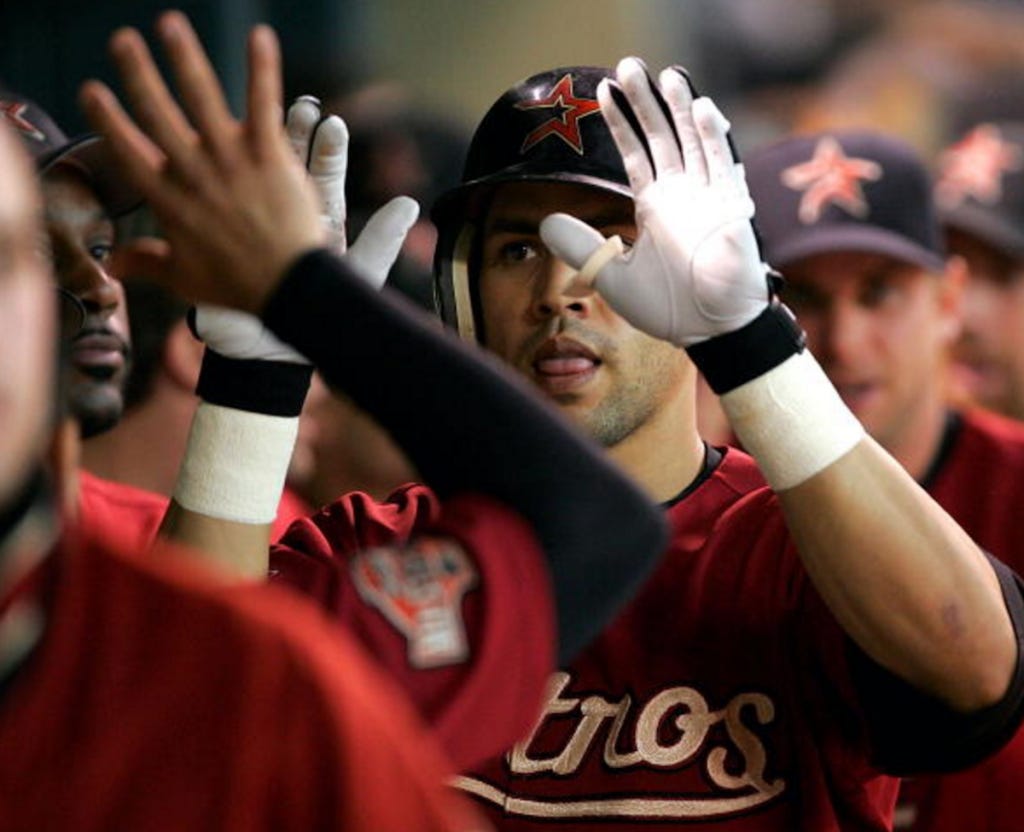 Even as he headed into his age-40 season, Carlos Beltran had no shortage of suitors in free agency, and certainly no shortage of belief that he can still perform at a high level, because the Astros just shelled out $16 million on a one-year deal for him.

I like this move a lot for the Astros, who have given their lineup almost a complete overhaul early on in the offseason. They came into this winter fairly right-handed heavy, and then traded for Brian McCann, signed Josh Reddick, and now they’ve added the switch-hitting Beltran to the mix. The stat geeks won’t put too much stock in it, but in adding that aforementioned trio, Houston has also injected three great personalities into what had been a very young and inexperienced clubhouse. Beltran also has a ton of playoff experience, some of his best in Houston, which can’t be overlooked.

But aside from the Astros signing their new DH, I think the bigger story here is that Houston is now likely out of the Edwin Encarnacion sweepstakes. There had been rumors that it was pretty much a done deal that Encarnacion would sign with the Astros, but now that doesn’t appear to be the case. Teams like the Yankees and Rangers must be loving the Beltran signing, because their biggest competition for Encarnacion was just eliminated. I didn’t mention the Blue Jays, because I still think they’re full of shit until they prove otherwise. They talk a big game, but their best offer, as far as we know, has been $80 million over four years, which is very much short of the $100 million+ that Encarnacion wants. I think the Yankees have the best chance of landing Encarnacion now that the Astros are presumably out on him.

The Red Sox maintain that they’re looking for a low-cost, short-term option at their DH position, which is why they’ve essentially eliminated themselves from the Encarnacion sweepstakes. But Boston’s prime target was Beltran. If Beltran is off the table, and they’re not interested in investing in Encarnacion, then that leaves who, as far as short term, yet still effective options go? As I wrote about this past week, they’ve shown interest in Mike Napoli. That’s one option. Another name that they haven’t been linked to, but I’m not sure why, is Matt Holliday. Me personally, I think Holliday should’ve been in Boston all along. Imagine how different history would’ve been if the money that the Red Sox gave to Carl Crawford actually went to Holliday. That’s a rant for another day, but Holliday should now be on Boston’s radar.

Another name that I’m sure will come up will be Mark Trumbo, but he could easily get a four-year deal somewhere in the region of $55-60 million, and that doesn’t seem to fit Dave Dombrowski’s profile of what he’s in search of this offseason. Chris Carter was tied for the National League lead in homers this year, and was non-tendered by the Brewers, but the Red Sox should steer clear there. He’s basically Doug Mirabelli with more power. He’s a home run or a strikeout guy. Love Dougie, though, so that’s a tough comparison to make when you’re trying to make a negative point. I would’ve used Wily Mo Pena as a comp instead, but I love him a lot, too. Point is, I’m a no on Carter.

Logic would tell you that with Beltran no longer attainable that the Red Sox would have to at least consider Encarnacion now, but Dombrowski has yet to say one thing and do another. He’s as straightforward as they come, so I’d be surprised if Beltran to Houston somehow re-entered Boston into the mix for Encarnacion. Although…we’ve only discussed possible free agent options. Perhaps a trade is how Dombrowski plugs the hole in the lineup left behind by David Ortiz. Miguel Cabrera, anybody? That probably won’t happen, but a man can dream.