The first time he kicked someone, we all were like “wtf, that’s weird”. The second time we were like “that doesn’t seem right”. The third time we were like “ok, enough is enough”, and now…he just doesn’t have control over his legs. That has to be the case. Nobody in the history of the world besides your mom has had their leg in this position more than Draymond Green 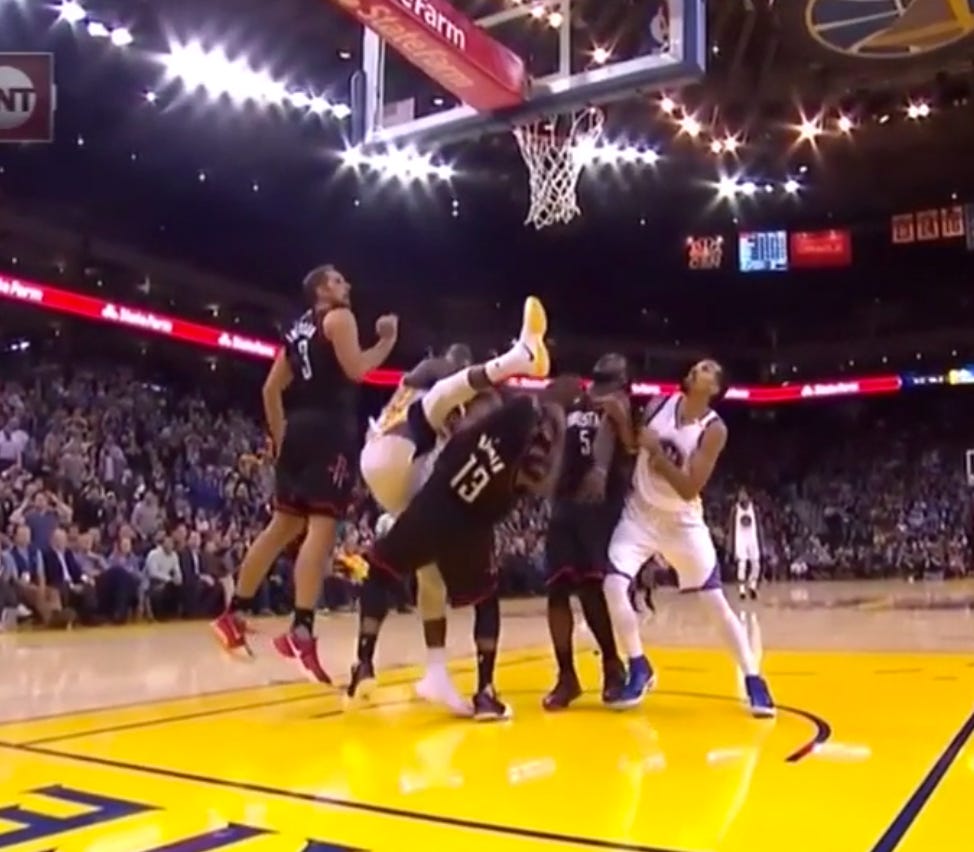 He was given a Flagrant 1 for it, which he thought was very unfair

Which is why I’m confident Draymond is like the guy in Idle Hands. Just no control whatsoever of his legs. The NBA is unfairly targeting him because that is a medical condition he cannot control. Draymond should be brave and come out and admit this and then he would be called for a lot fewer fouls when he kicks people in their dicks.