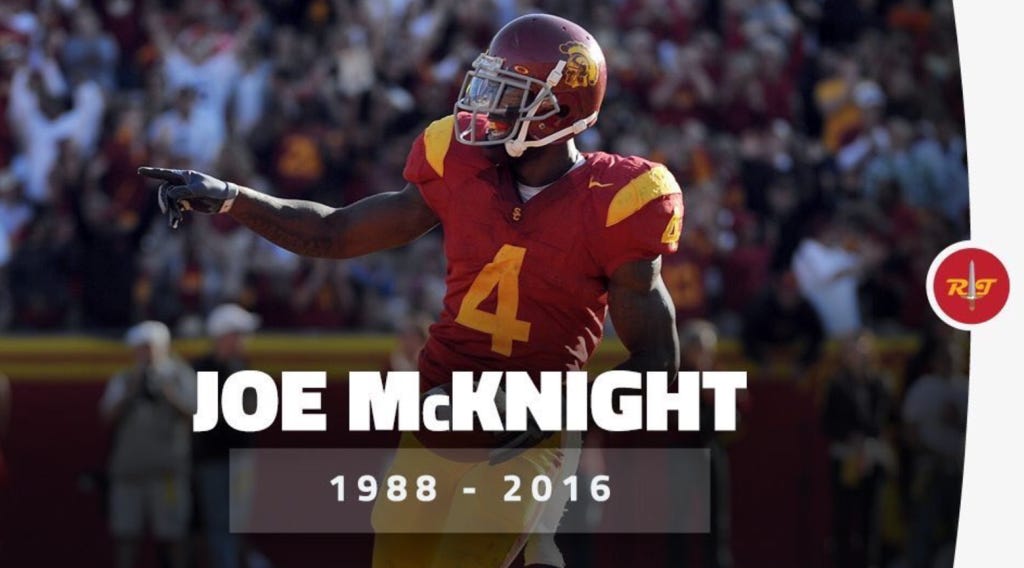 NYDN – The man who fatally shot ex-Jets running back Joe McKnight was released from custody early Friday without being charged.

A witness said that Gasser, who is white, shot McKnight, 28, more than once and at one point stood over him and said “I told you don’t f–k with me” before shooting him again. McKnight was not armed, police say, and Gasser remained at the scene after the shooting and gave his gun over to police.

Is this common? Like do people frequently shoot and kill people in road rage incidents, hand the gun over and admit to it, then walk out of jail with no charges? I mean the only thing that would make sense is if it turned out McKnight had a gun and was threatening this dude and it ended up being self defense. But all the reports say he was unarmed. That Gasser shot him, stood over his body, said “I told you not to fuck with me,” then shot him again. I mean I feel like that second shot at least should get you some kind of charge? Like maybe “excessive murder” if just plain murder didn’t stick? Very strange. Need to read up on some of the legal on this one.

Antonio Cromartie, McKnight’s former teammate with the Jets, was dismayed to learn that Gasser was released without being charged.

“I don’t get it. How in hell do you release someone who killed my brother, my friend a father a son a brother without charging him. Bull Crap,” he tweeted.

“You tell (me) how can a man murder someone go get to sleep in his bed at night,” Cromartie added. “But my brother can’t. What the hell am I to tell my nephew.”