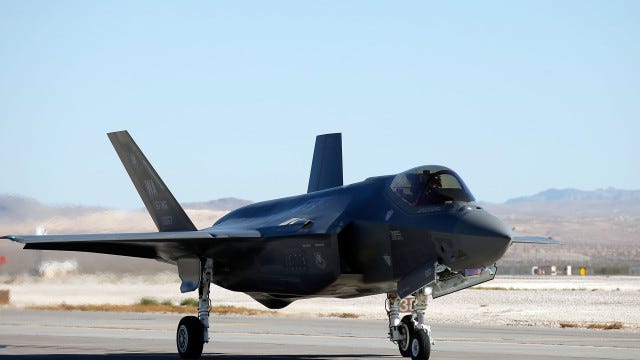 NORTH WILDWOOD, N.J. (CBS) — What some South Jersey residents thought might have been an earthquake Thursday afternoon, turned out to be a potential sonic boom during a military test flight. Patrick Gordon, the public affairs officer at the Naval Air Station Patuxent River, told CBS 3 that a Joint Strike Fighter F35 out of the naval station was part of a test flight around 4 p.m. on Dec. 1 off the coast of southern New Jersey. The aircraft was cleared to go supersonic. Gordon stated that a confirmation of a sonic boom may not be available until Monday. The Department of Defense manages an airspace that begins nearly three miles offshore over the Atlantic Ocean called the Atlantic Warning Area. A portion of the airspace, referred to as the “Test Track,” runs parallel to the Delmarva Peninsula and is designated for the performance of specific test flights, including those that require supersonic speeds.

Are they sure it was a Sonic Boom or did Chris Christie slip and fall? Heyooooooooooo. But for real, Sonic Booms can cause Earthquakes? What freaking Mike Mularky. Now I have zero scientific fact to back up my claims, I can’t believe any man-made aircraft could cause sonic booms strong enough to rattle homes miles away. If the freaking Space Shuttle doesn’t cause every eardrum within a mile’s radius to explode then I highly doubt a fighter jet way off shore can cause this kind of ruckus. Again, no evidence for my facts whatsoever, I’m just using common sense. In my mind the Navy has developed some sort of death weapon that could kill all of ISIS using sound waves. Or it could be ET taking a joy ride up and down the Jersey coast. I don’t like putting on my tin foil hat and using aliens as the easy explanation, but it’s certainly more believable than saying Navy was playing Top Gun off the Jersey coast.

Fuck it. I’m not saying it was aliens, but it was definitely aliens. Somebody find Sam Cassell to be the peacekeeper before the invasion begins.