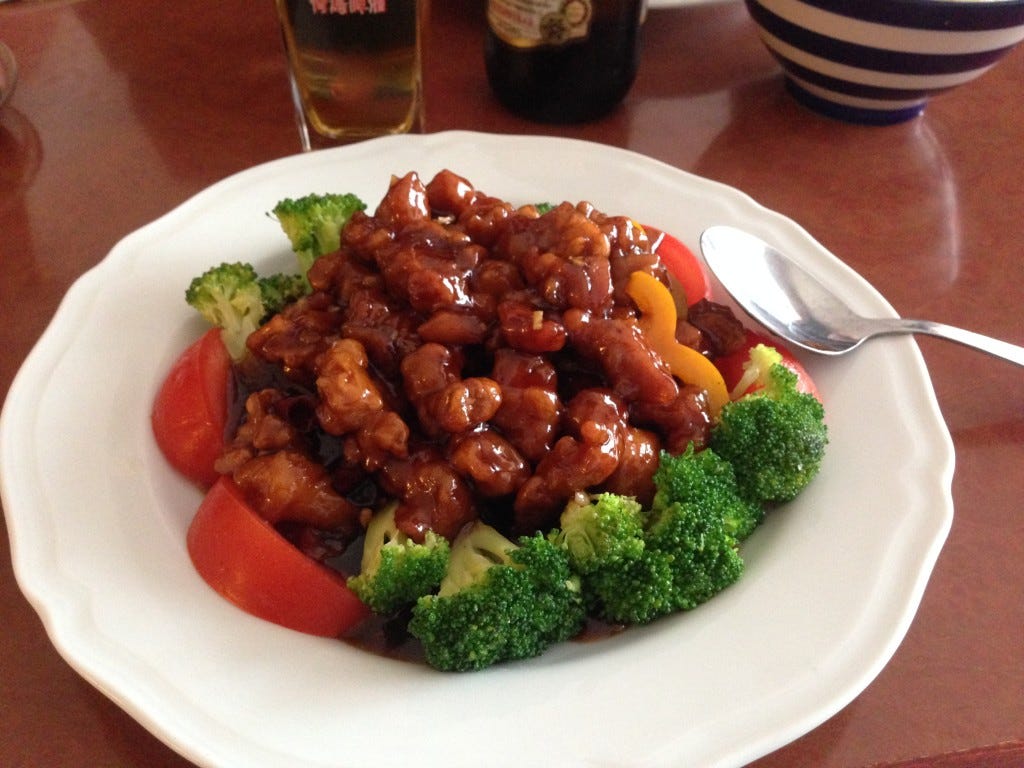 Taiwan News- Chef Peng Chang-kuei, the founder of the famous Hunan-style restaurant chain Peng’s Garden Hunan Restaurant and inventor of the world famous Chinese dish General Tso’s Chicken, died on Nov. 30 at the age of 98 from Pneumonia. A native of Changsha, Hunan Province, Peng began training at the age of 13 under the tutelage of the famous Hunan chef Cao Jing-chen, who was the family chef of Tan Yan-kai, the prime minister of the Nationalist government from 1926 to 1928. After WWII, he was put in charge of running Nationalist government banquets, and in 1949 he fled to Taiwan after the Nationalist forces were defeated by the Communists in the Chinese Civil War.

According to an interview with the China Times, Peng says that his most famous dish was created in 1952 during a four-day visit by U.S. Seventh Fleet commander Admiral Arthur W. Radford. After three days, he had served the guests most of his repertoire of dishes, so to try and mix things up a bit, he decided to chop some chicken into big chunks, fry it to a golden hue and then added a different combination of sauce and seasoning to create a new dish. The admiral was so impressed with the dish that he asked Peng what it was called, he thought quickly on his feet and said “General Tso’s Chicken”. Peng chose the name to honor General Tso, a famous military leader from Hunan who helped put down the Taiping Rebellion as well as other rebellions in the 1800s during the Qing Dynasty. He was well respected not only for his successes on the battlefield, but also for his contributions to Chinese agricultural science and education.

The flags at the Casa de Clem fly are flying at half mast and everyone is dressed in black after hearing that we lost another great one to the shit storm that is 2016. The same week as Jim Delligatti, the inventor of the Big Mac no less! Like Delligatti, Chef Peng was a man that made a recipe that changed lives and waist sizes across this wonderful country of ours. Slop that spicy yet sweet sauce on chicken (or, ahem, any meat that may be laying around) and you have yourself a goddamn culinary masterpiece. If the History Channel did a Biography on General Tso, about 30 seconds would be devoted to the actual general and his accomplishments. The other 29:30 would be about Chef Peng falling ass backwards into creating the best food on the Chinese menu (in my humble opinion) by throwing together a bunch of ingredients like he was making a Flaming Homer, threw it on chicken, pulled a name out of thin air, and somehow made the world a better place. So RIP in peace, Chef Peng. I will honor your memory the only way I know how. By eating General Tsos chicken for lunch and sharing a picture of it on social media with the hashtag #TsosForPeng. That’s how my culture rolls.