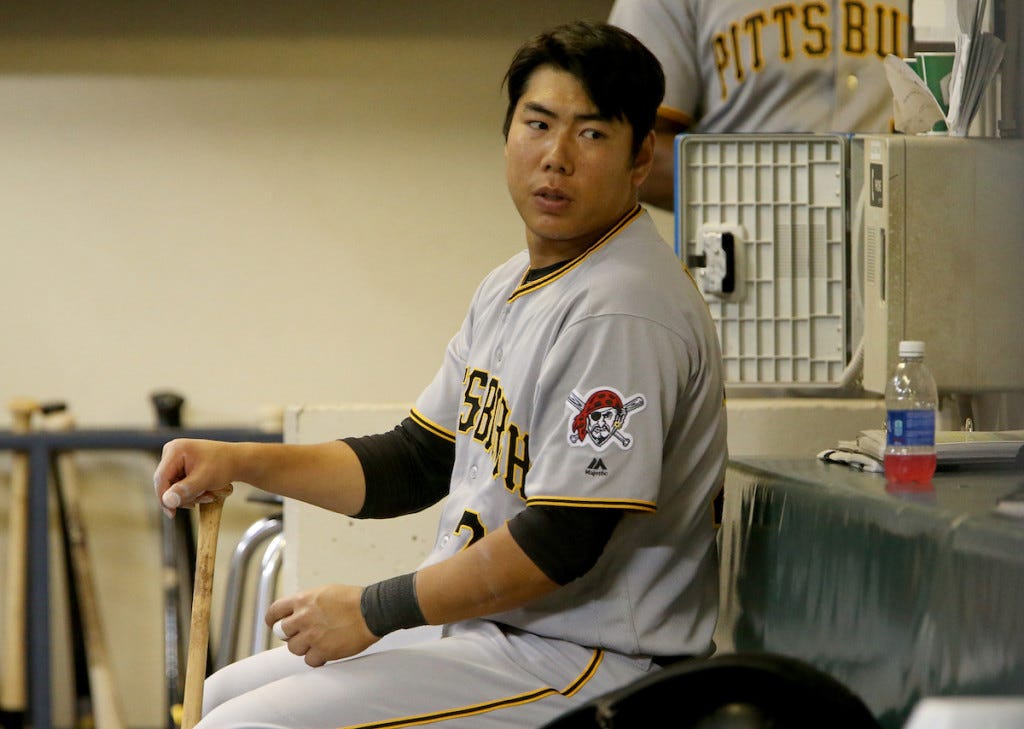 Pirates third baseman Jung Ho Kang is in trouble with the law again, and this time he was actually arrested, charged with leaving the scene of a DUI accident.

If you recall, his first run-in with the law came this past summer, when he was under investigation for sexual assault. No charges were ever filed and the investigation is still ongoing. The last update we’ve gotten from that case was that the police have more questions to ask the alleged assault victim, but they can’t find her. Hm. Although charges have yet to be filed in this case, the details were pretty damning.

According to police, the Chicago woman met Kang through Bumble, a location-based dating app that allows only women to initiate conversations. Kang invited the woman to his Magnificent Mile hotel room on June 17, hours after the Pirates had lost a day game to the Cubs.

The woman told investigators she arrived at Kang’s room at the Westin Hotel around 10 p.m. and he served her an alcoholic drink, police spokesman Anthony Guglielmi said. She said she blacked out about 15 to 20 minutes later, then drifted in and out of consciousness as he sexually assaulted her.

She told police she did not fully awaken until she was in a taxi and on her way home, according to Guglielmi.

The 23-year-old woman, who is not being identified because she is an alleged victim of a sex crime, went to Northwestern Memorial Hospital to have a rape kit done on June 19, Guglielmi said. She filed a formal complaint with police 10 days later, sources said.

So, there’s that already on the table for Kang, and now this.

I haven’t brushed up on my Korean law, so I’m not sure if this is a felony or not, but I’d be willing to bet that he’s in deep shit regardless. According to the police report, nobody else was involved in the accident, so at least he’s got that going for him. But if you’re the Pirates, you’ve gotta be done with this guy, no? It’s usually three strikes you’re out, but they’re gonna look pretty dumb if they give Kang another opportunity to not fuck up, and then he does. From an outsider’s perspective, he doesn’t look like the world’s greatest decision-maker, so I’d say the odds of him fucking up again are preeeetty high.

UPDATE: It was actually a two-car accident, so scratch that whole silver lining thing. That’s what I get for trying to translate fucking Korean.