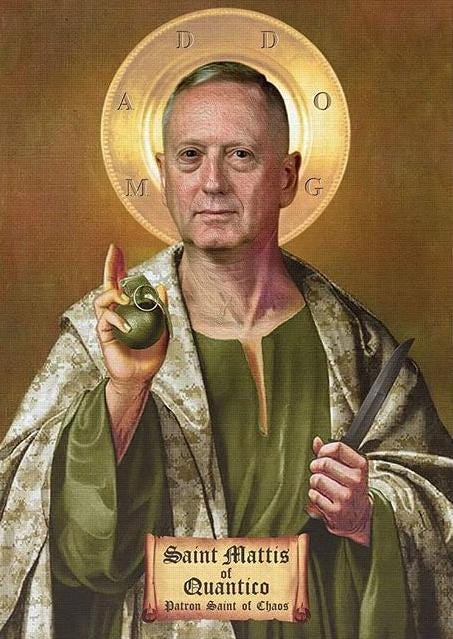 There it is. Trump picks the Mad Dog to be his Secretary of Defense. If you don’t know shit about General Mattis, we talked about him this week on Zero Blog Thirty pretty extensively.

They talked about him in Generation Kill and they’ll make movies about him in the future. He’s a historic figure for the Marines and now he’s the SecDef which should be changed back to the title of Secretary of War.

And if you wanna know that he’s not just some neanderthal, here’s a fantastic interview with him. He’s devoted his entire life to the Marine Corps and the country. He’s never been married. He has no kids. He’s just a Marine Corps Officer and now he will lead the largest department in the country.