Wheeeeeeeee!!!! We are having fun!! 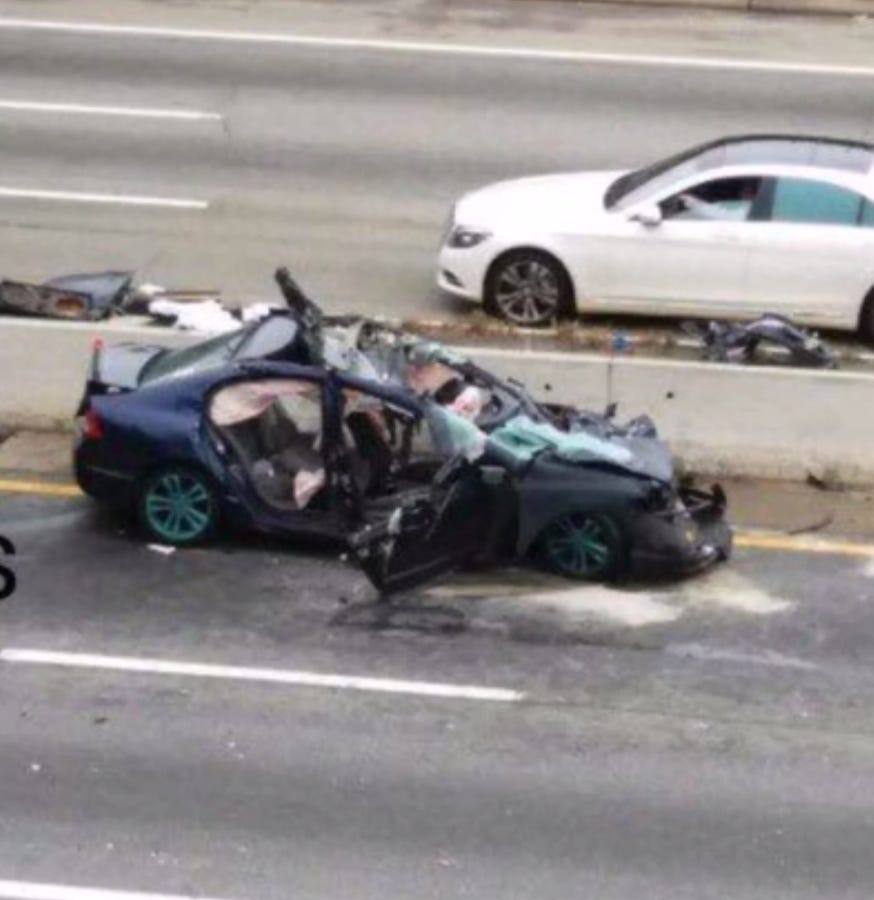 *Fun comes to an immediate, sudden, and destructive stop*

PROVIDENCE, R.I. (WJAR) — A 20-year-old man who was hurt in a crash Wednesday apparently filmed himself on Facebook Live as he was weaving in and out of traffic at more than 100 miles per hour. Police told NBC 10 News that Onasi Olio-Rojas of Pawtucket suffered serious injuries and was taken to Rhode Island Hospital after the car he was driving smashed into a dump truck just before 11:30 a.m. As of 9:20 p.m., authorities said he was in critical condition. While police said they are aware of the video and confirmed its authenticity, they were mum on details. The three-minute video, which was posted on Olio-Rojas’ Facebook page, shows him driving at high rates of speed on Route 6. At least twice in the video he reaches at least 110 miles per hour.

Hey look, I don’t want to sit here and celebrate a man’s misfortunes and I hope he’s alr — ahhhh ya know what, fuck it, if this guy went speeding by me on 95, weaving in and out of traffic, I’d absolutely hope to myself that I catch him in a mile wrapped around on a tree. I’m not gonna sit here and feel guilty about having mind control powers. Eleven can feel guilty about that shit, not me. You wanna be a dick? God’s gonna treat you like a dick and smash your turquoise rimmed Millennium Falcon into the business end of a dump truck. That’s the way life goes.

I will say that’s the danger of social media, though. Turns life into a movie. Everything you do all of a sudden has to be the most entertaining shit ever. Ask Big Cat and PFT. One second you think you’re sitting down to have a nice discussion with a goldfish about this week’s NFL games, next thing you know you’re chugging chaw smoothies and puking all over an office. Not quite pretending to be you’re in the Fast and Furious, but it’s a slippery slope.