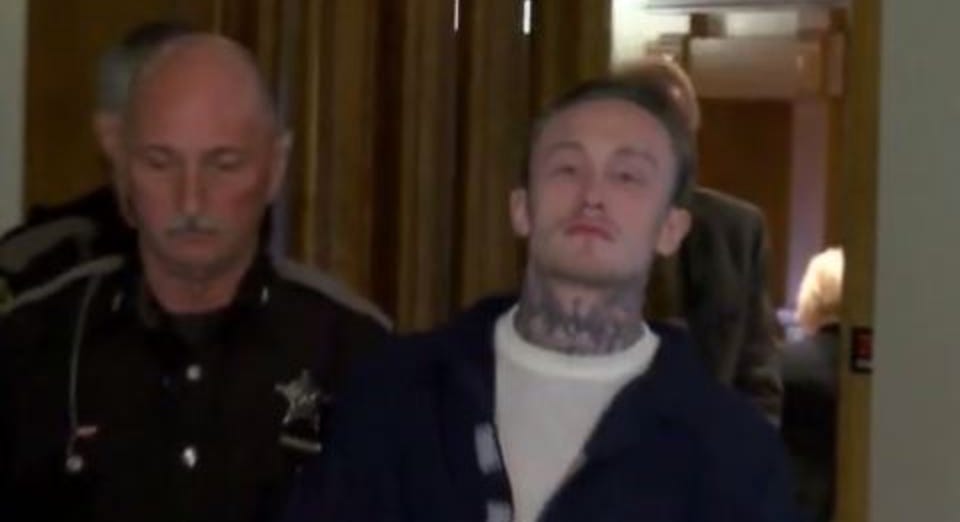 WNCN - It was a heated day in a Tippecanoe County courtroom Tuesday, earning a convicted robber even more time behind bars.

Steven Burns, 25, was sentenced to 70 years in prison. Earlier this month, a jury found him guilty of several charges, including burglary while armed with a deadly weapon, robbery resulting in bodily injury, and criminal confinement.

I don’t hate this move from Steven Burns. Don’t hate it one bit. He was just thrown in jail for 70 years. At the age of 25, if I do some quick math…yep, he ain’t seeing the sunlight of freedom ever again. So might as well get it all out at once. It’s like when you break up with your girlfriend or she breaks up with you, might as well say all the hurtful things possible, right? Never liked your skank ass anyway, bitch! Same thing here. A speak now or forever hold your peace type of situation. Tell that judge how you really feel, what’s another 180 days in jail anyway? I mean yeah, it probably/definitely hurts any chance he has at ever getting parole, but at least he got his two cents in. Better to live with no ragrets, and by the looks of it, he’s a big time “no ragrets” guy.