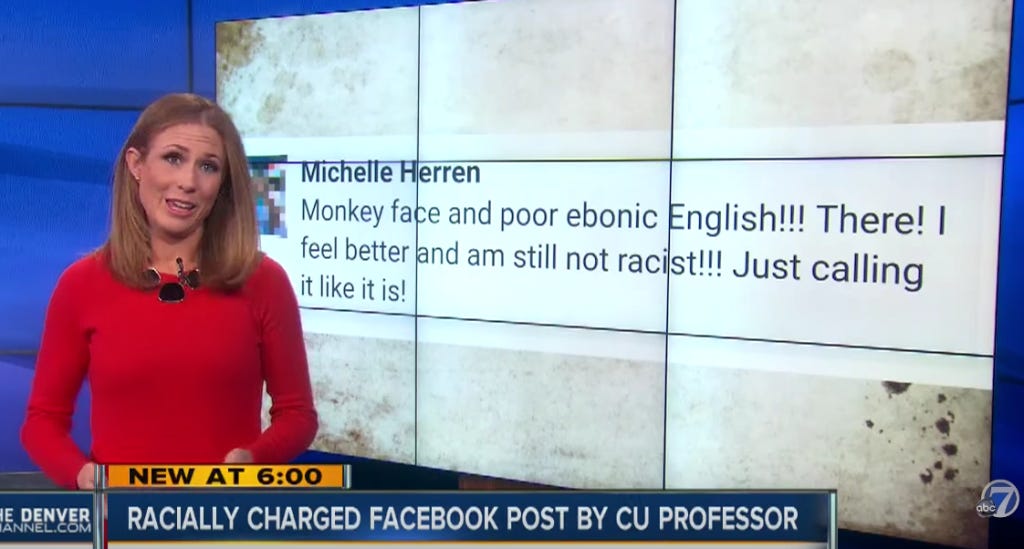 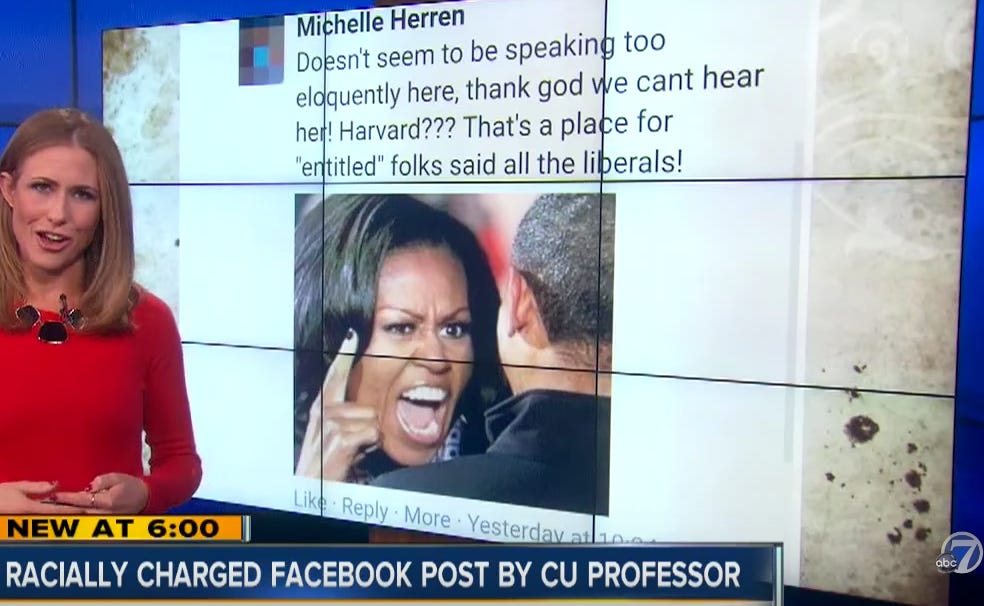 DENVER — Denver Health Medical Center confirms an anesthesiologist accused of posting a racially charged comment on Facebook is no longer seeing patients at the hospital until further notice.

The post on a picture of a yelling Michelle Obama said, “doesn’t seem to be speaking too eloquently here, thank god we can’t hear her! Harvard??? That’s a place for “entitled” folks said all the liberals!” The poster goes onto comment, “Monkey face and poor ebonic English!!! There! I feel better and am still not racist!!! Just calling it like it is!”

The poster, Dr. Michelle Herren, is a pediatric anesthesiologist at Denver Health Medical Center and Children’s Hospital Colorado and is listed online as an assistant professor at CU’s School of Medicine.

Common misconception right here. People forget that it’s not racist if you’re just calling it like it is.

It’s basically the same as “no offense.” You can say literally anything you want to someone as long as you follow it up with no offense, everybody knows that. So yeah on the surface calling a black woman a monkey face with poor ebonic English is a very, very racially charged statement. But you just gotta consider the fact that Professor Herren clearly stated “I AM STILL NOT RACIST” afterwards. Gotta hear both sides. Michelle Herren, a straight shooter that the world just isn’t ready for I guess.