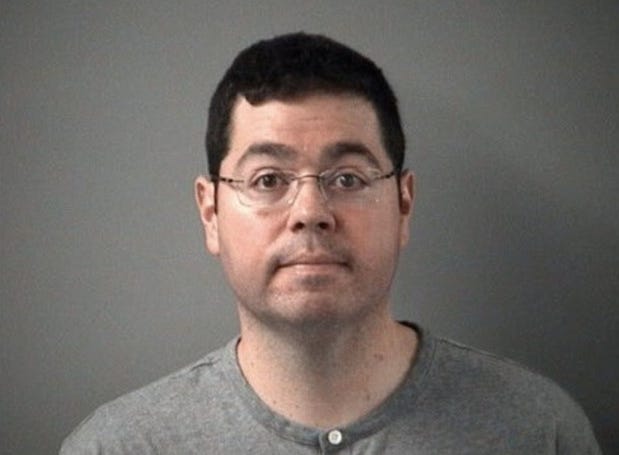 DAILY MAIL - A high school choir director is accused of having sex with some of his former students and giving them alcohol at his home.

Justin Hubly, 35, who had been the choir director at Crystal Lake Central High School in Illinois since 2004, was arrested and charged on Tuesday.

Police started investigating Hubly in October after a staff member in the school’s district alerted them to the allegations.

Hubly allegedly gave two females alcoholic beverages and engaged in sexual activities with them at his house.

The two females had already graduated from the high school at the time of the incidents, according to Crystal Lake Deputy Police Chief Tom Kotlowski.

Police issued arrest warrants for Hubly on Tuesday for two counts of misdemeanor battery and one count of unlawful delivery of alcoholic liquor.

He was taken into custody and released after posting $10,000 bond.

I hope not to step on Jerry Thorton’s toes, but I have a feeling that Old Balls isn’t going to be giving a head-to-toe breakdown of this guy’s vitals.  I’m surprised that he didn’t get charged for manslaughter for drowning the girls in alcohol too, because it must have taken a prohibitive amount of booze to coerce these girls into having sex with him. In addition to being a pedophile, he looks like one too, and from what I understand that is not an attractive look to females. Does this look like the face of someone who could seduce a pair of sober high schoolers? 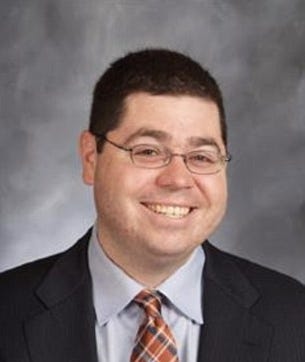 It’s creepy to date a chick in high school if you’re in college. When you are 35, even if the sex was consensual, it’s just gross. I’m sure this dude will do great in prison though, he looks like a real tough guy with a spine like a tree trunk. Either that or he looks like a little rat weasel and will be treated as such. The show 60 Days In has become a favorite of mine, and it has given a beautiful insight into what will happen in a jail setting. It has given me great solace knowing that people like this would and will get eaten alive. It also made me think that I would be able to hack it in jail, and that gives me unbelievable peace of mind.

Also if you haven’t gotten on 60 Days In yet, you should treat yourself to some great TV.