Alright so we’re officially through 9 holes of Tiger’s first round of professional golf in 16 months.

His driver looks good. He’s quickly reached for his tee on more drives than not. A couple errant ones but nothing disastrous (alright the one on 9 was pretty disastrous)

His chipping looks UNBELIEVABLE. This was the main thing people were worried about (myself included). During his last couple of come backs it looked like he had the dreaded yips. Not anymore

Well maybe his chipping isn’t entirely there just yet

That was one of the very few blemishes. He still got outta there with a bogey so it was a huge amount of damage. It happened on the 9th hole so it was a tough way to make the turn but, all things considered, I’ll take -3 through 9 holes any damn day of the week. There was a mount there where Tiger was -4 through 8 with three birdies in a row. It was a magical time to be alive. I was hoping he’d just get through this round injury-free (fingers crossed) but now the sky is seemingly the limit. He looks super healthy and his tempo is downright sexual. If we get a fist bump from him today I might actually bust a nut. 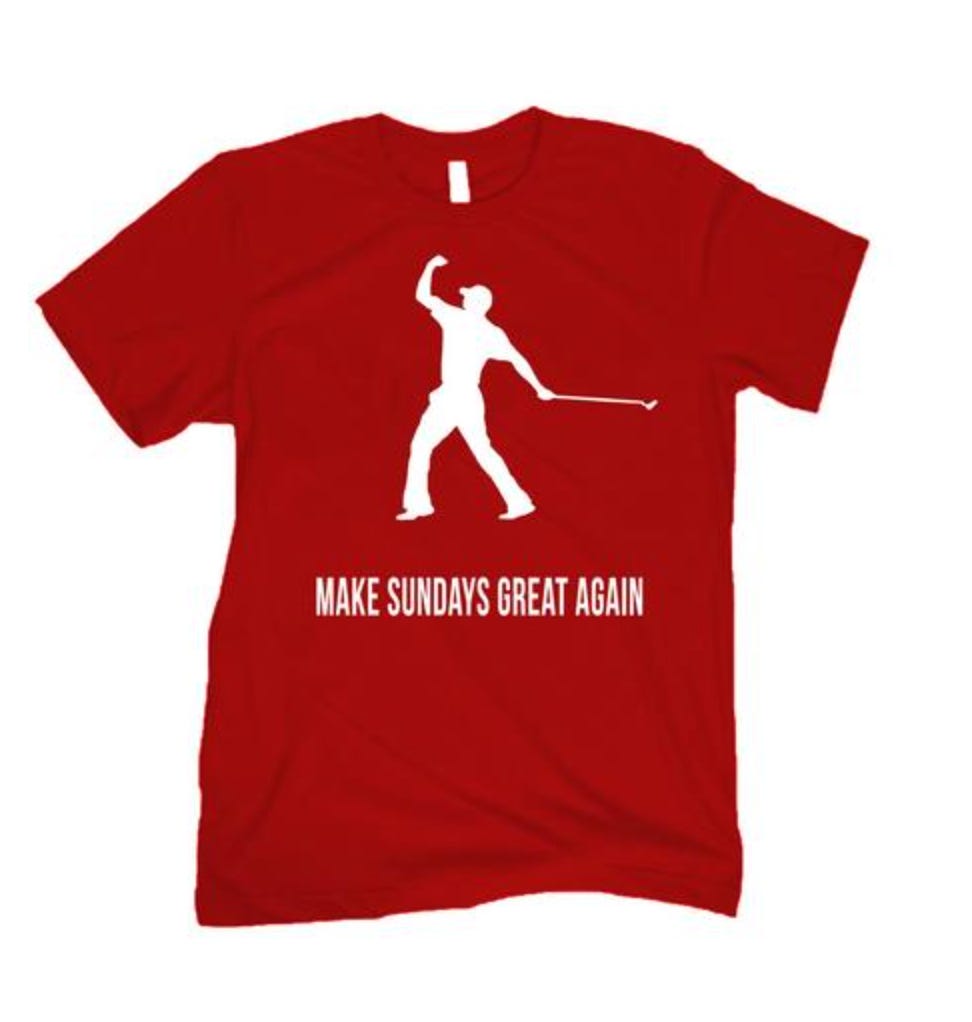