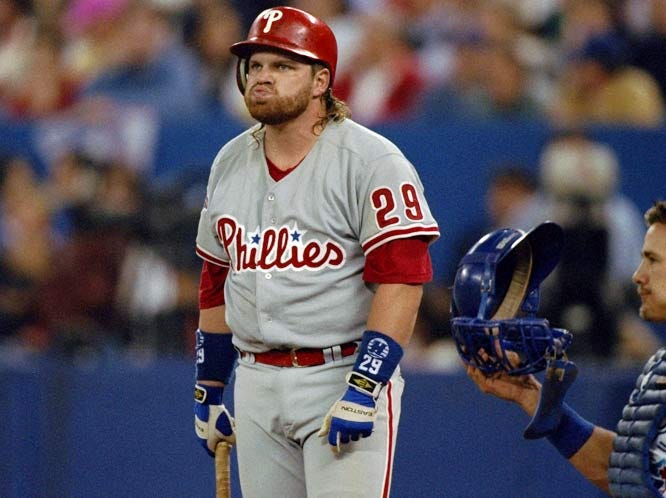 CSNPhilly – John Kruk is back with the Phillies. According to sources, Kruk will join the team’s television broadcast crew on CSNPhilly during the 2017 season. Kruk will replace Matt Stairs on the broadcast crew and join a team that already includes lead broadcaster Tom McCarthy, color men Mike Schmidt and Ben Davis and sideline reporter Gregg Murphy. Stairs was recently named Phillies hitting coach. Details of the agreement with Kruk were not immediately known so it’s unclear how many games he will broadcast. Stairs and Davis basically split the 162-game schedule. Kruk most recently worked as a studio and in-game analyst for ESPN. He left the network on good terms in the fall. Kruk, 55, played six seasons with the Phillies and made three National League all-star teams. He was a fan favorite and a key member of the 1993 NL pennant-winning team. Before going into broadcasting, Kruk spent some time as a minor-league hitting coach with the Phillies when his playing career ended.

A tremendous (albeit predictable) move by the Phillies organization. It’s a win on all fronts having the Kruker return to the Phillies booth in any capacity. Some of the national audience didn’t resonate John Kruk when he was at ESPN (which for some reason included him on the Little League World Series beat). And that’s fine. But this man is perfect for the Philly crowd, as he proved before during his first stint with the Phillies broadcast team. He simply doesn’t give a shit and has the personality that lightens up the entire room. He even knows the game, a little. But the Kruker has always been the man. One of the last true ballplayers to truly not give a shit who would choose some beers, dogs, and tail over his own body any day of the week. Granted, most people only got Jake eating wings like a fat fuck or sweating like a fatter fuck on ESPN for the past decade or so. Well, he’s always been Philly’s lovable, mulleted fat fuck. And he’s always been the man. Welcome home, Kruker.

Also, Kruk was a pretty damn good ballplayer, too. People forget he would bat .320’s in his prime. Stats don’t lie, but his playing weight definitely did: