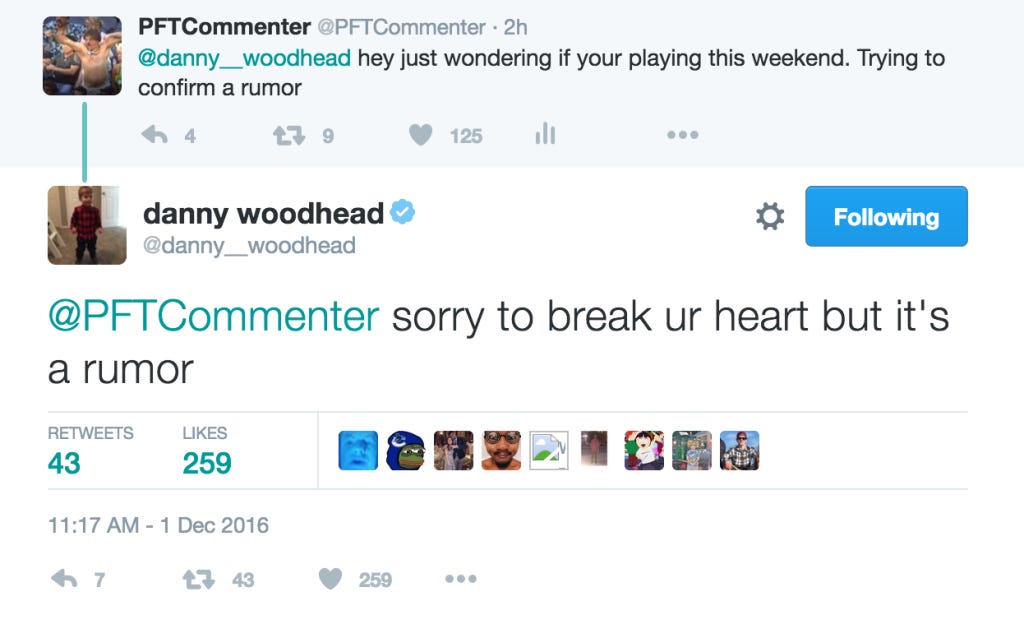 News broke late yetserday evening that everyone’s favorite running back/ Thomas the Tank Engines scrappier younger brother that didnt feel the need to showboat by writing a book about himself and only ran downhill- Danny Woodhead- might be suiting up against the Rams according to Los Angeles Head Coach Jeff Fisher.

But Danny took to twitter to squash that story in the bud. Despite reports to the contrary, Woodhead is no longer the New England Patriots running back technically, although he will allways be the platnoic ideal of what a Patriot RB should strive to be.

This is a exclusive story, must credit PFT Commenter. Everyone is free to republish and disemenate this information except of course for Darren Rovell in keeping with my news embargo on him.