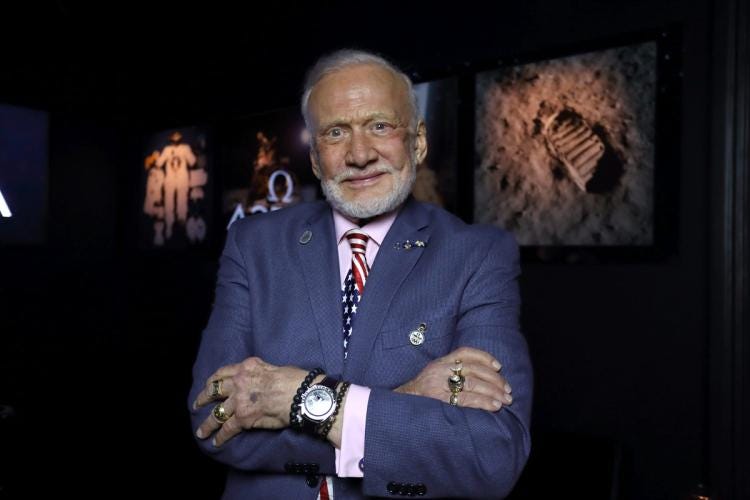 NBC – American astronaut Buzz Aldrin has been medically evacuated from the South Pole, according to the National Science Foundation and a private tourism group.

Aldrin, 86, was visiting Antarctica when “his condition deteriorated,” according to White Desert, which organizes luxury tourism trips to the icy continent. The group said Aldrin was evacuated on the first available flight out of the Amundsen-Scott South Pole Station to the McMurdo Station on the Antarctic coast under the care of a doctor with the U.S. Antarctic Program.

So the biggest news of the day today is that Buzz Aldrin is still alive. Pretty shocking stuff. Just a great turn of events for all us Buzz fans out there in the world.

The 2nd biggest news of the day today is that Buzz Aldrin had to be medically evacuated from Antarctica. Like the fucking South Pole, Antarctica. Dude is 86 years old and just taking spontaneous trips to the South Pole? Yeah, something doesn’t quite add up here to me. Because think about any 86-year-old you’ve ever known. What is there favorite thing to do in the world? All together in unison now…. Sit on their recliner while watching TV and praying that everybody just shuts the hell up so they can have goddamn some peace and quiet.

ESPECIALLY if you’ve actually been to the moon before. If you’ve been to the moon and you’re eighty-six years old, you’ve already seen all you need to see in this universe. You don’t need to see Antarctica. That’s for the basic bitches who have never even left Earth’s atmosphere before. It’s like taking a trip to Myrtle Beach after spending a month in Turks & Caicos. So did Buzz Aldrin just out himself as a fraud who has never been to the moon? Well it’s starting to look more and more like that’s a yes. But I’m just gonna leave it at that before he takes his next big adventure to Philly to one-punch me for questioning him.