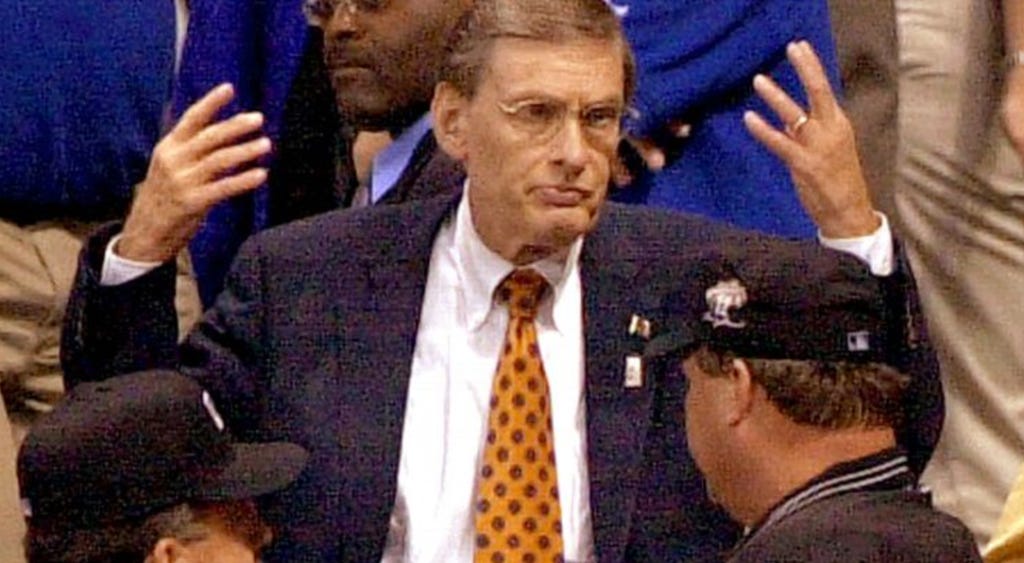 The 2002 All Star Game. Who could forget it? It finished at a 7-7 tie, with Bud Selig acting like it was the worst thing to ever happen in United States history. He panicked, as if it mattered that an exhibition game that the players don’t care about besides for the paycheck, and decided the way to stop ties was to give the winning league home field for the World Series. Because as we all know, putting a stipulation on the game would change how many runs are scored.

It is without a shadow of a doubt the biggest overreaction and the worst rule ever implemented in sports. The winner of a game where pitchers groove pitches, and openly talk about it no less, decides home field advantage for the World Series. There was no logic, no nothing. Starters are voted in by fans, so you get teams stuffing the ballot box or fan-favorites getting the nod, despite being hurt.

AP - The league that wins baseball’s All-Star Game no longer will get home-field advantage in the World Series, which instead will go to the pennant winner with the better regular-season record.

The change was included in Major League Baseball’s tentative new collective bargaining agreement and disclosed early Thursday to The Associated Press by a person familiar with the agreement. The person spoke on condition of anonymity because details of the deal, reached Wednesday evening in Irving, Texas, had not been announced.

Students, rejoice. Now we can go back to players joking around, pitchers throwing it down the middle so retiring players can get their moment, and oh wait…none of that ever went away to begin with. It only took 14 years, but congrats to MLB for getting this one right. Next up, stop deleting our Twitter account.