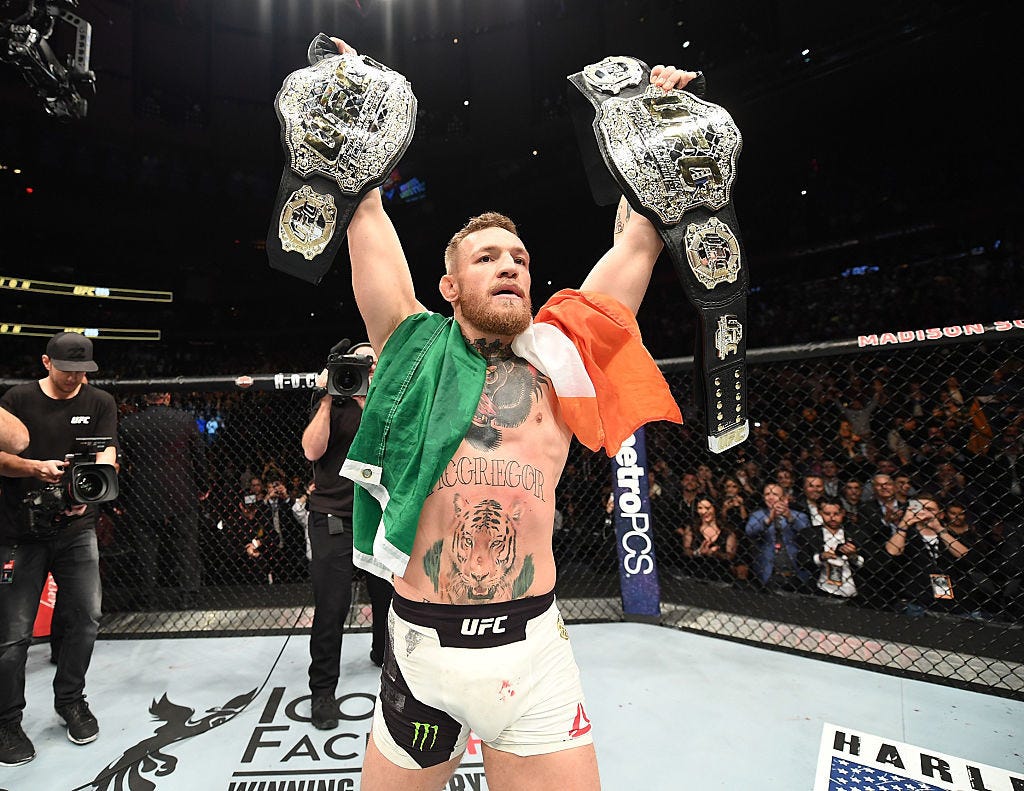 MMA – While Conor McGregor has yet to officially respond to the UFC’s decision to strip him of the featherweight title, it appears as though he has been busy behind the scenes.

McGregor has been issued a boxing license in the state of California, according to his management team.

This news comes just days after the UFC unceremoniously stripped McGregor of his 145-pound title, which he won less than 12 months ago, and named Jose Aldo the new champion. He remains the UFC lightweight champion.

Both McGregor and Floyd Mayweather Jr. have been teasing a super-fight via the media as of late, but no concrete plans have been made for them to box at this time, per sources.

“He’s qualified [as a boxer],” Foster said. “I’d love to see him fight in California. It just needs to be the right opponent. Certainly a high-level opponent. We’re happy to license him. We’re happy he’s a California fighter.”

Conor the GOAT at it again. Of course he’s not going to box professionally, he would get killed if he had to fight someone with the hand speed of a boxer and the inability to use his legs and the ground. Dana White knows this, Conor knows this and we know it, but it’s still a genius move simply for the story lines. This is exactly why Conor is at the top of the sports pyramid. He has a way to sell himself that we haven’t seen in decades. Even when he’s not fighting we care about what he’s doing. It’s WWE but in real life. So of course this boxing license doesn’t mean anything in terms of his career but it’s drama and when your sport is Action for one night every few months the drama in between is what sells your brand and no one does it like McGregor.

Mayweather vs McGregor would be the worst fight of all time, No chance Conor even touches Floyd in a boxing ring. 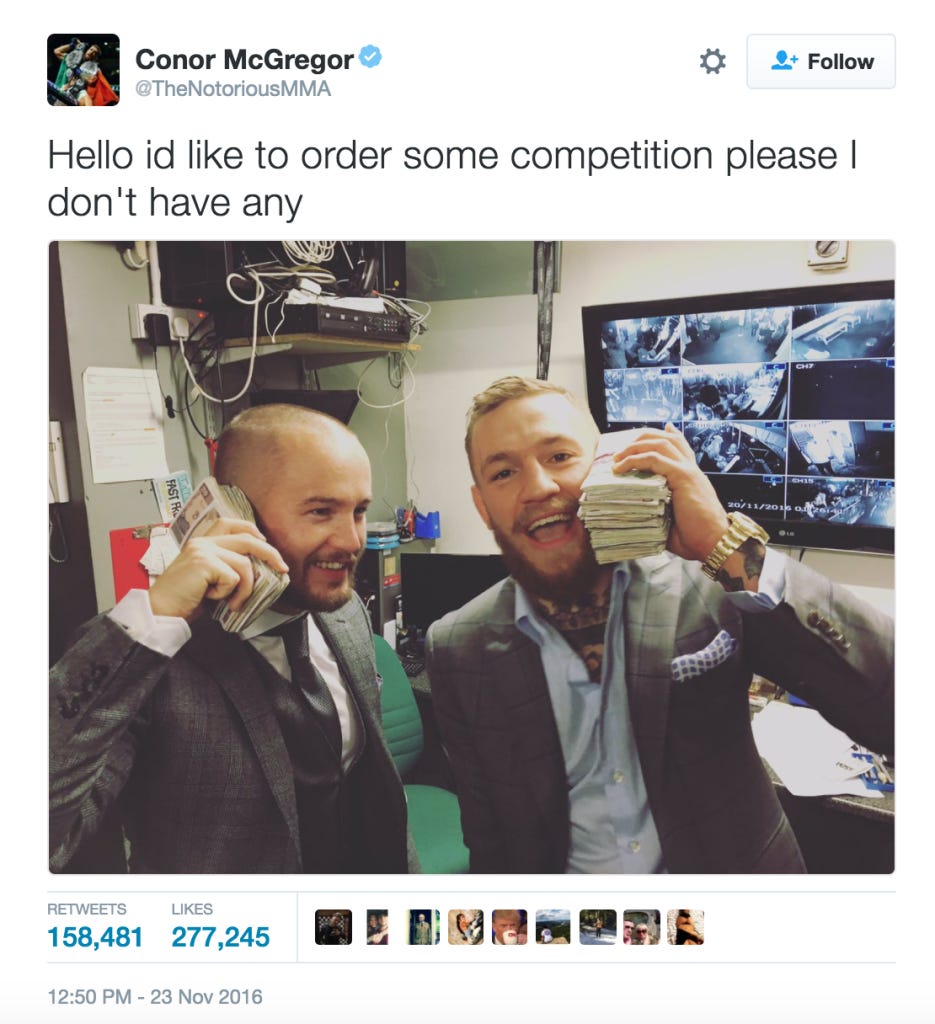