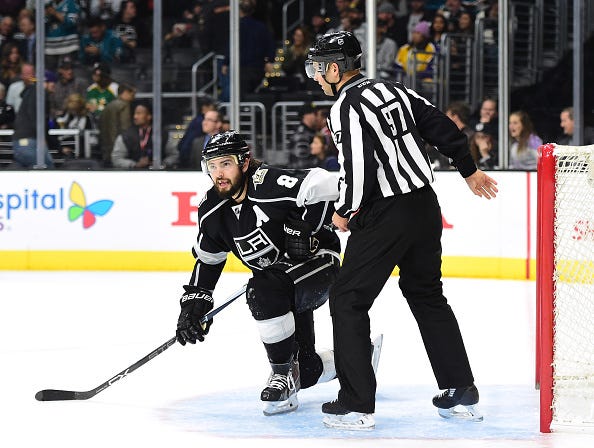 “This one’s called “The Nut Cracker on Ice”. It’s where you skate down the other end of the ice as fast as you can and then crush your balls on the goal post. Don’t try this at home… “

Poor guy. Was just trying to make a play ferda boys and ended up with a DIY vasectomy. Pretty rough turn of events for our boy Doughty Doughnuts over here. But I guess this is yet another example of why hockey players are the best. Guys are out there putting their balls on the line for their team to get a win. Doesn’t matter if the Mrs. eventually wants to have a few mini Doughnuts of their own running around one day. The 2 points in November are more important. Meanwhile we have basketball players not even playing a game because the floor is a little too wet and slippery last night. I’m sorry but when is the last time a hockey game ever got postponed because the surface was too slippery? Literally never. Makes me sick.

P.S. – Pretty sure Doughty was just trying to be like his fellow bearded caveman counterpart Brent Burns, who ended up making the Mitsubishi Great Save of the Game.

TFW your buddy is about to hook up with a 3 at the bar but you come in at the last second to save his dumb ass. Woulda been an ultra mega dope goal for Trevor Lewis though. Burnzie deserves an extra slice after that one. 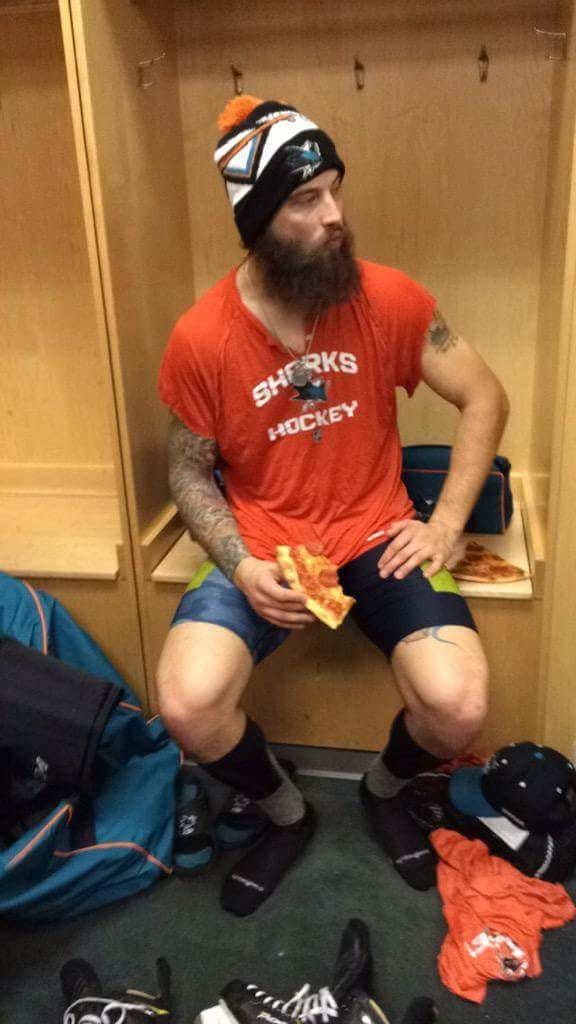