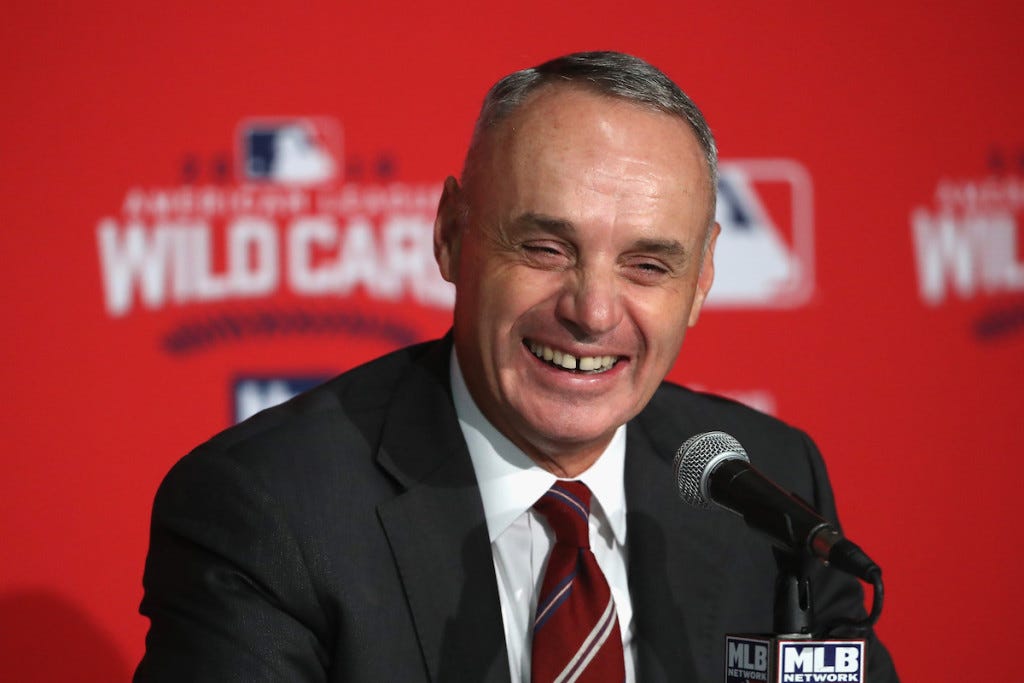 Look at that, huh? Who said greedy owners and filthy rich athletes can’t get along?

The current collective bargaining agreement expires at midnight tonight, and about three hours before the deadline, the owners and the MLB Players Association were able to agree on a new CBA that’ll carry us through the next five years. As far as what it consists of, all of that information is still currently rolling in. However, the international draft was a hot button topic in this one, which was thrown out in order to speed up the process of an agreement. In addition to that, moving to a 26-man roster was discussed, and getting rid of the qualifying offer was also being debated.

As Joel Sherman reported, the threshold will rise from $189 million to roughly $195 million by next year, and continue to rise throughout the life of the new CBA to about $215 million. If you can’t build a winner with a $215 million payroll, then I don’t know what to tell ya. According to USA Today, only the Yankees and the Dodgers had payrolls that exceeded $200 million in 2016. Also, it’s worth noting that under the new CBA, the Yankees, Dodgers, Red Sox and Tigers are over the luxury tax, so it’ll be interesting to see what the penalty for that is and how the teams will respond.

Here are some more details that’ve just come out:

No more giving up first-round picks to sign a free agent: