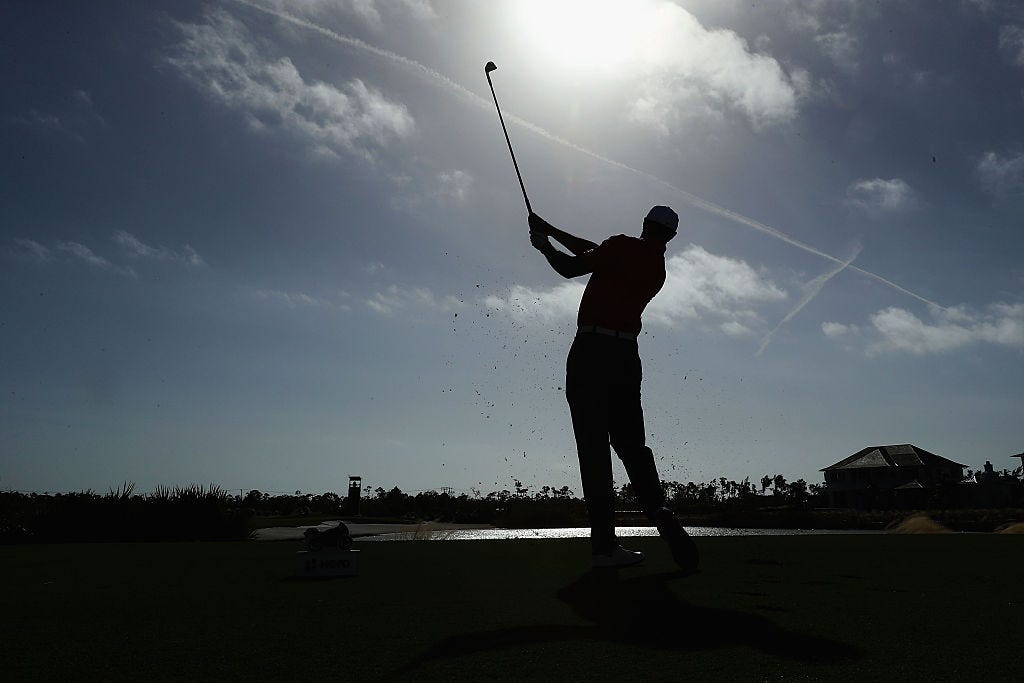 It will be December by the time these guys tee off and I’m as excited as I was the night before the Ryder Cup. Adrenaline pumping. Mind racing. Hopes high. We haven’t seen the man, the myth, the legend Tiger Woods tee it up in competition in SIXTEEN MONTHS. And, when he did, he stunk.

Back surgeries. Press releases with words like “gravy” and “vulnerable.” Last-minute withdraws. We’ve once again been put through the ringer of dramatics with Tiger and, once again, here we are. On the precipice of yet another return. Here we are all huddled up on the edge of this cliff, eagerly ready to jump off screaming “HE’S FUCKING BACK BABY!” 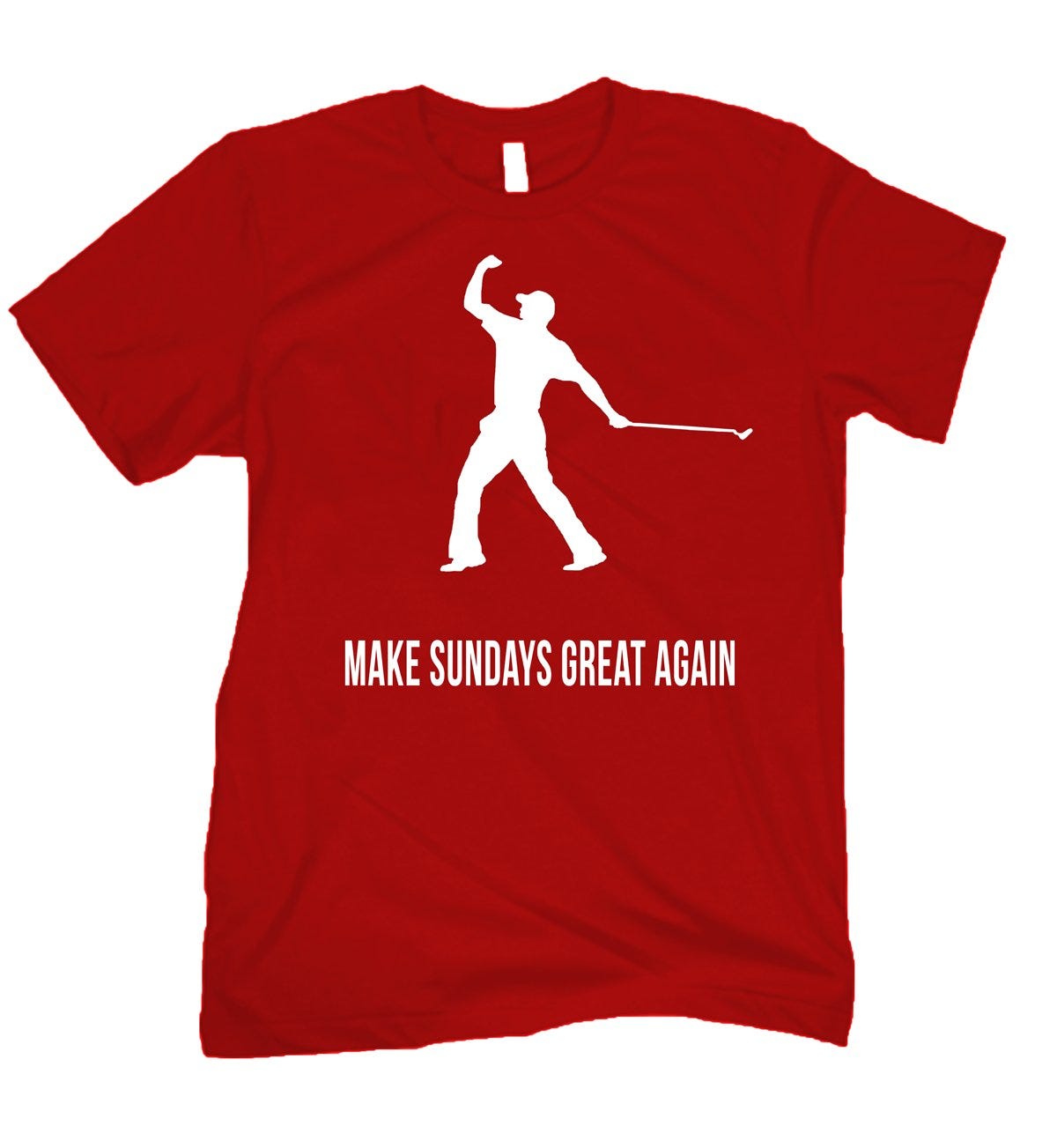 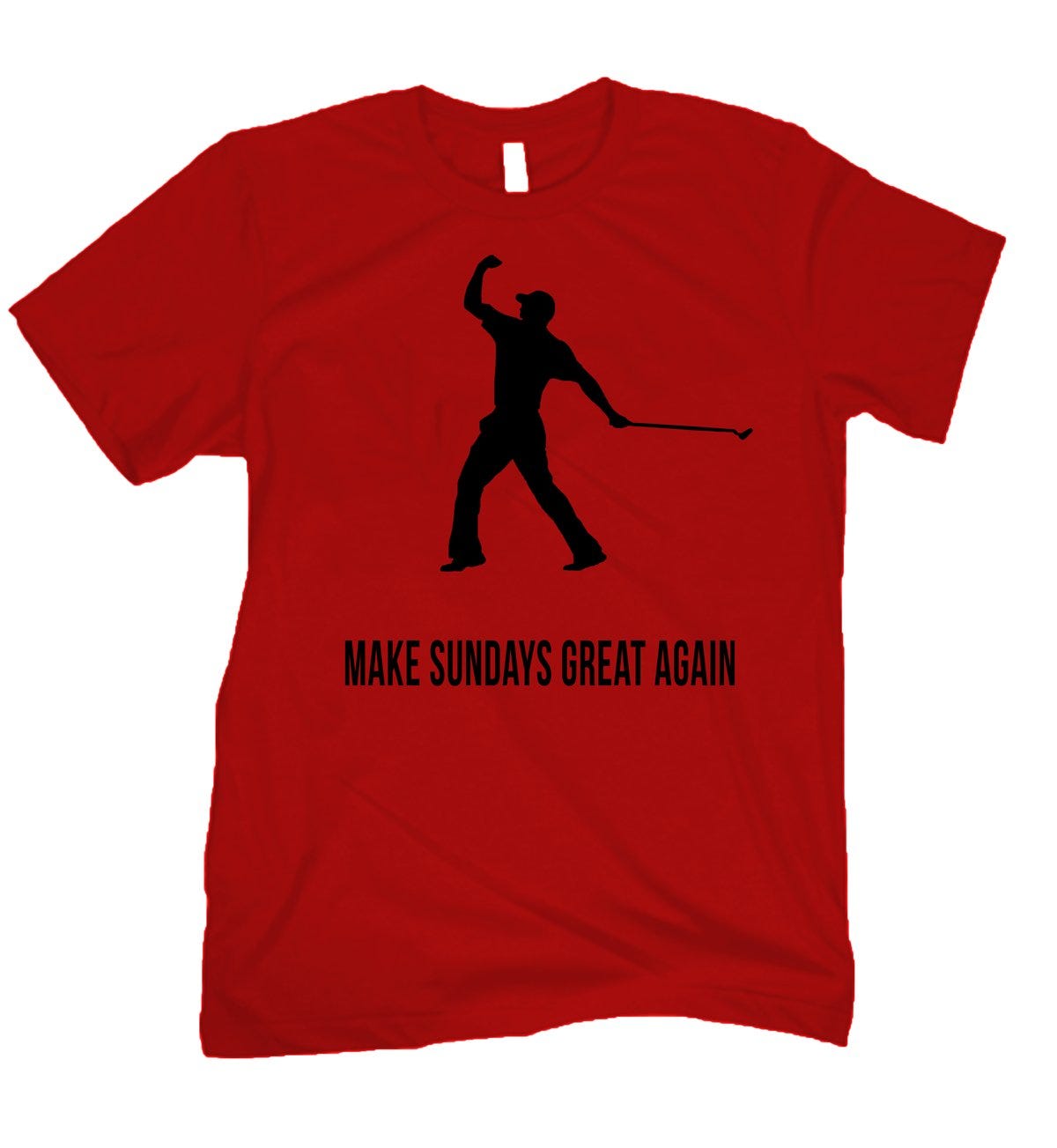 (and a damn hat while you’re at it) 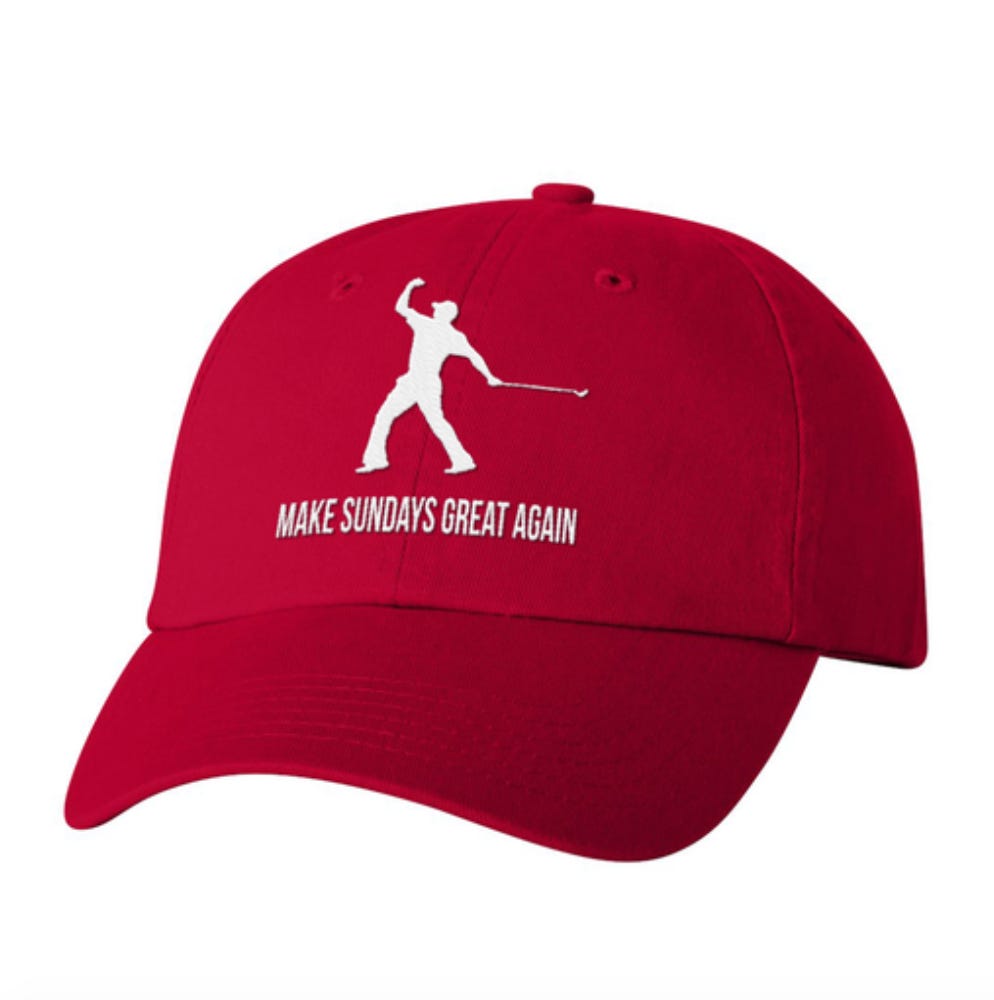 The bottom line is this: no matter how much we talk about other players, about the new generation, about “the big three,” a one Eldrick Tiger Woods still drives the needle. Will always drive the needle. Look at the top 9 stories on Golf Channel’s homepage this week. 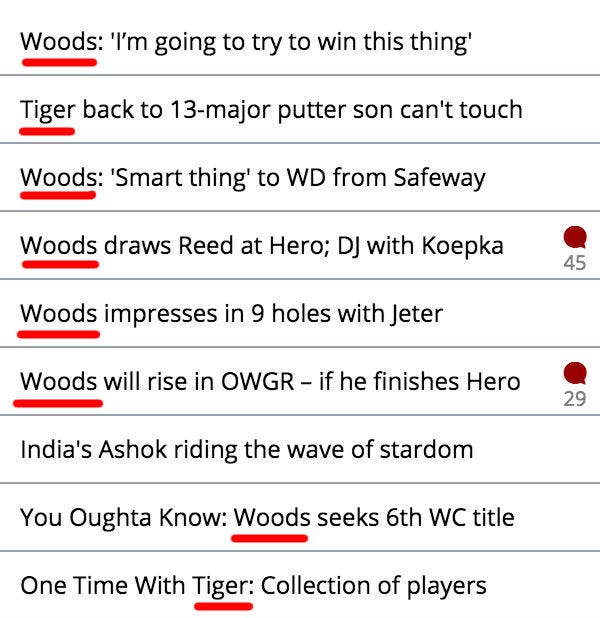 But alas, he’s back. And he’s making eagles.

Rolls in about a 12-footer for ANOTHER eagle on 9. Playing straight downwind, but still. Unofficially -3 at the turn.

And his action looks good.

The first drive on the first tee.

That quick twirl tho. 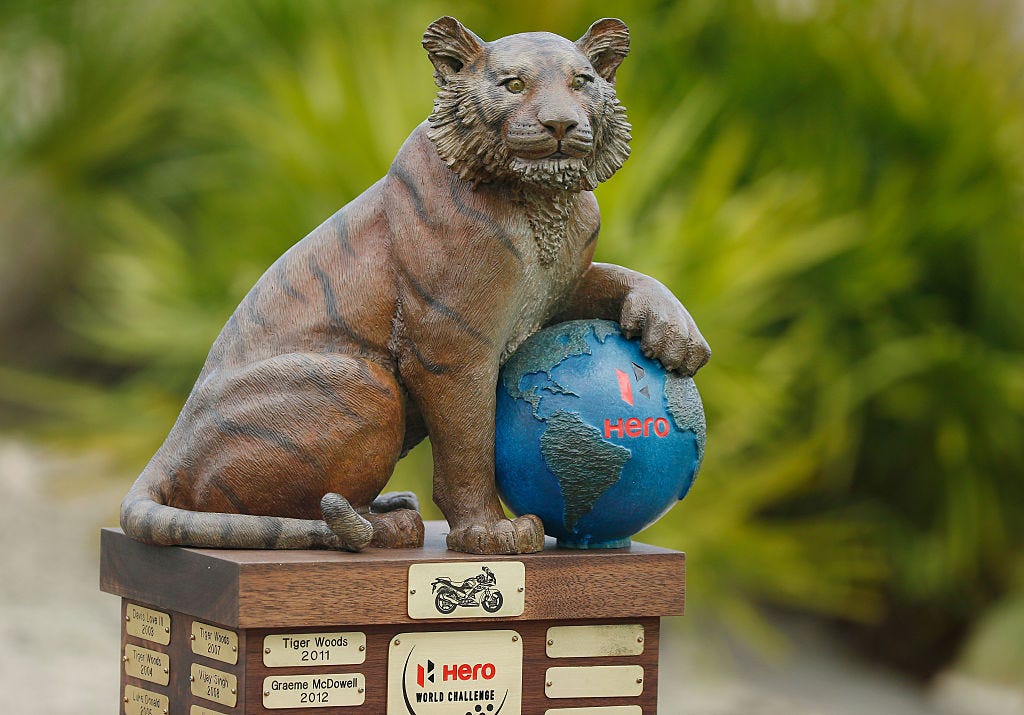 The Hero World Challenge is an 18-man tourney played in December for basically the sole purpose of making a ton of money for both the players and The Tiger Woods Foundation. It generates a little bit of excitement for fans at a time when no one’s thinking about golf, and it generates a ton of money to players when they’d typically be on vacation ($3.5 million purse). And it works.

In 2011 at the then-Chevron World Challenge, Tiger famously won his first tournament since the fire hydrant, sinking an 8-footer on the 72nd hole.

In 2013, Zach Johnson — tied with Tiger on the 72nd hole — dunked his second in the water before pulling this off and eventually winning in a playoff.

No clue. This place is a super-luxurious private resort. It’s got a 71-slip mega yacht marina, of course I don’t know anything about its notable holes. 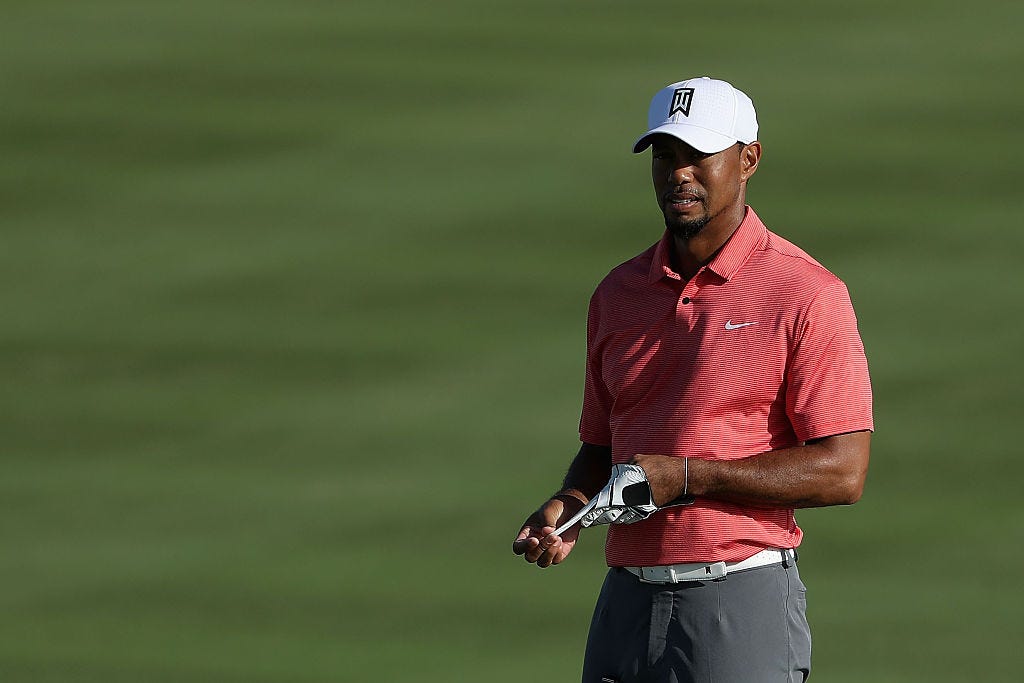 Like I mentioned, guys have gone low here. 18-under didn’t even get you inside the top-5 last year. DFL was 4-under. I don’t think the winner will go as low as Bubba at -26 last year, so I’m saying -23, winning score. Book it.

Tiger Woods. Do I think he’s going to win? I mean, he’s +3000. But damn you if you think I’m going to come here, not predict Tiger to win, and then regret it for the rest of my life if he actually wins. I’d rather die on this hill in gruesome fashion than risk not being here if he wins. We’re Tiger or die ’round these here parts.

Tiger tees off at noon tomorrow with American hero Patrick Reed. Live coverage starts on Golf Channel at 1:30 with live streaming on Golf Live Extra. Going to be a wild ride no matter how he plays. Anything that’s him not getting injured will be a huge, huge win. Let’s get back on the prowl.