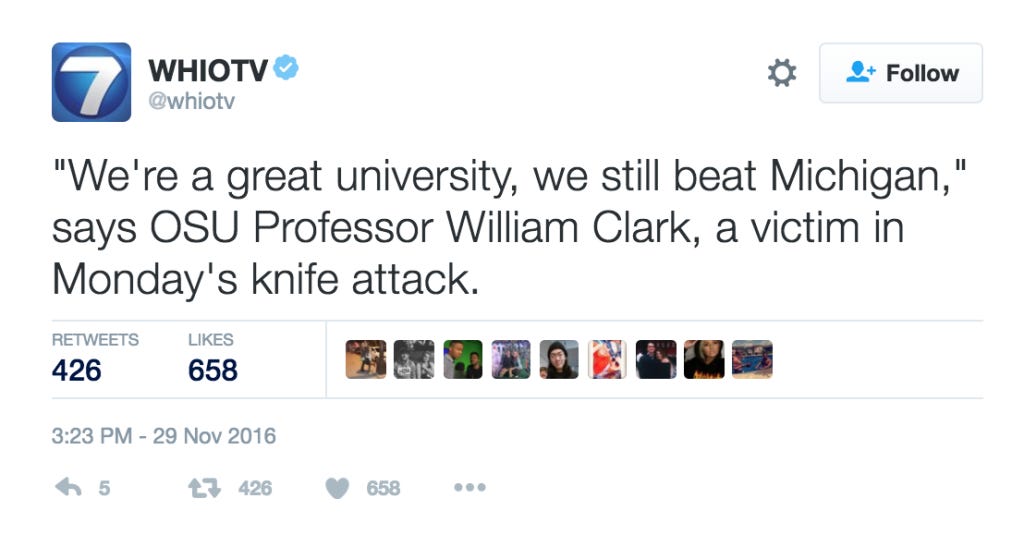 The Materials Science Engineering emeritus faculty member has an office in Watts Hall, the flash point in the attack.

Such a baller ass quote. Exactly why college football is the best. Professor William Clark injured in the knife attack on campus, coming out of what is unquestionably one of the scariest most traumatic events that can happen to someone, and the first thing out of his mouth is how they just whopped Michigan’s ass.

And his thought’s on the (won’t say his name) piece of shit who did it?