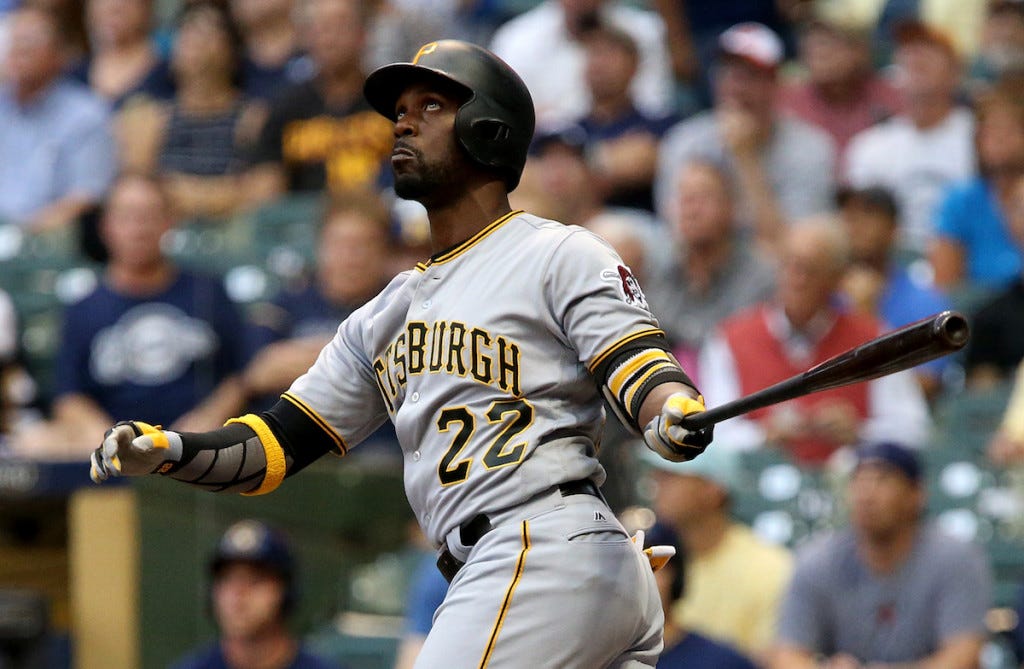 Last February, Andrew McCutchen spoke about how he wanted to spend his entire career with the Pittsburgh Pirates. That’s probably not going to happen.

The Pirates are coming off a disappointing 83-loss season in which they missed the playoffs for the first time since 2012, and McCutchen is coming off the worst year of his career. The 30-year-old outfielder hit .256 with a .766 OPS, both of which were career low marks. His defensive metrics sucked, too, but I’m not a defensive metric guy. According to Ken Rosenthal, 2016 might’ve been McCutchen’s eighth and final season in Pittsburgh.

Of all the big names available in trade, Pirates center fielder Andrew McCutchen might be the most likely to go. The Pirates continue to explore deals involving McCutchen, major-league sources say.

Rosenthal listed the Rangers and Nationals as possible landing spots for Cutch, and Washington was actually one of the teams trying to pry him away from Pittsburgh at the trade deadline this past summer. Now, Rosenthal clearly knows way more than me, but I’m puzzled as to why this is “likely” to go down. Per his report, the Pirates are seeking “significant young talent” for McCutchen. Would you cough up a package of your best prospects for two years of an outfielder in their 30’s, who’s coming off the worst season of his career? For what it’s worth, I’d bet against this dip in performance becoming a trend that continues for McCutchen, but it’s also really risky for a team to give up a large haul for a player that’s coming off the worst year of their career.

Rosenthal is the No. 1 baseball guy on the planet, so I feel weird doubting anything that he reports, but I can’t see a team biting on Pittsburgh’s asking price. If the Pirates come down, then sure. But why would they do that? They still have two years of control left on McCutchen’s deal. They could keep him, hope that he re-establishes his value next year, and then flip him at the trade deadline, or even next winter. Selling low doesn’t make much sense for the Pirates, and buying high on a player with low value, by his standards, doesn’t make much sense for interested teams.

What I do know is that the Pirates cannot afford to fuck this up. This is a former National League MVP, with top five finishes for the award in the last three years leading up to 2016. He’s also one of the biggest, if not the biggest, trade chip that the franchise has ever had. If they’re going to move him, which it sounds like they are, then they need to hit the jackpot with the return. That’s why I think it makes more sense to hang onto him for now.