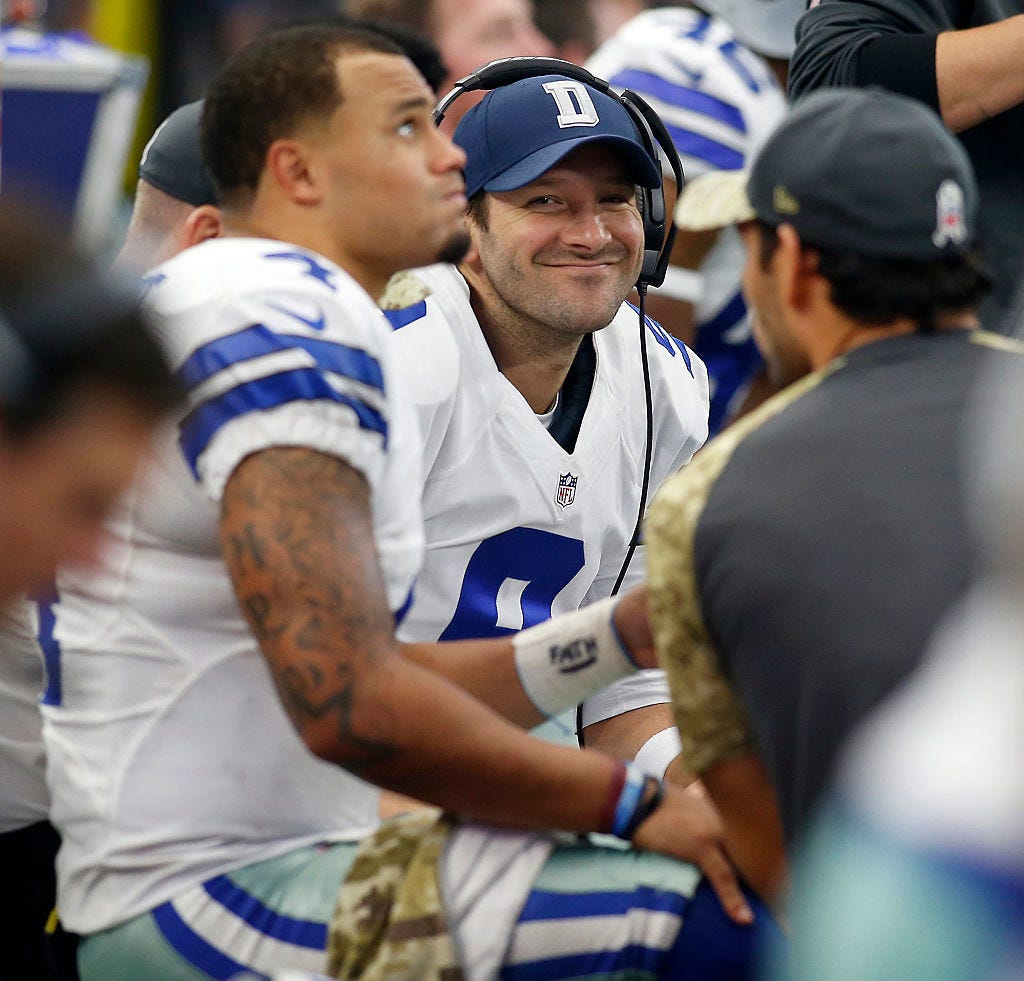 For The Win – Here’s what the former Redskins quarterback had to say about Romo’s trade value on Bleacher Report Radio, via the Dallas Morning News:

“Let’s put this Tony Romo stuff to bed, OK?” Theismann told Bleacher Report Radio. “The man’s had three back surgeries, he has a collar bone that’s been broken twice, he’s 36 years old, he plays behind – the last couple years he played behind probably the best offensive line in football [and] hasn’t finished a season in the last five.

“Any general manager that would make a deal for Tony Romo shouldn’t keep their job as general manager. It’s a bad business decision plus what offensive line is going to be the same one he has in Dallas? I think Tony Romo stays a Dallas Cowboy. He’s got a $24 million cap, you negotiate that down to a number that’s palatable for the team. If Dak gets hurt, he goes and plays, and you put incentives in if he does play. To me, Tony Romo’s got to be a Dallas Cowboy to the end of his career.”

I actually was madder at Joe Theismann writing the headline than I should be but I don’t like what he’s saying here about Dallas’s poor displaced franchise QB Tony Romo. Theismann may be right, Romo’s been hurt a ton over the last few years obviously, his contract is onerous, there’s a decent chance he’s both done and finished. But the guy’s been a top flight QB in performance when he has been on the field AND one of the most famous players in the league at a time where ratings are flagging besides all the biggest games. Assuming it’s the route he goes, there’s a decent chance we see Tony Romo for the next few decades on TV being a beloved announcer or studio personality but if he wanted to get one last run and go to LA or the Jets or even to go save the Texans from Brock Osweiler’s Grand Mistake of a Contract they’d be insane not to take it. A top tier QB who’ll be a beloved face of their franchise at a time where teams are starting Matt Barkley and Bryce Petty? Yeah I’d say it’s probably worth a GM exploring Joe.

If you made me choose life or death though, I think if a decent run, especially a Super Bowl one, happens for the Cowboys this year that Romo just hangs it up. He’s a dude who loves his family and doesn’t seem to have the football obsession you need to keep it going as a QB in your mid 30s. Add in how there are reports that maybe Tony didn’t feel like the locker room was his guys as much as they were Dak’s now and I wouldn’t be shocked if he hangs it up, heads right into the Ring of Honor and a fat contract from NBC, and our heart goes on.