The Boston Bruins haven’t gotten a point this season so far after being behind heading into the 3rd period. So naturally, with the Flyers entering the 3rd with a 2-0 lead, they’d be kind enough to shit their own pants for the B’s and help them out. So after a messy but overall pretty solid 40 minutes of hockey, the Flyers did what they did best and had a massive meltdown. Just 8 minutes into the 3rd period, it was tied up at 2 a piece. I swear to fucking christ this Flyers team is bi-polar. They’ve been this way for years. They can never put together a full 60 minute effort. They always have 1 period per game where they look like your beer league team could give them a run for their money. 20 minutes every game is going to add up to cut about 15 years off my life. But that’s neither here nor there because after 45 saves from Steve Mason and another 8 saves in the shootout, the Flyers come away with 2 points and a win over Boston. Thank the lord because if I owned a gun I think I would have put a bullet in my head if they blew that one.

They really should have let Mason take a victory lap after that win last night. Every single son of a bitch on the Flyers roster better show up to practice tomorrow with a case of ice cold Molson for Mase to thank him for his service. 45 saves. The Flyers let up FORTY SEVEN shots on goal last night. 19 shots in the 1st period. Half the fans didn’t even have a chance to park their car yet before the B’s had double digit shots on goal. But Mason was huge all night. Might have been a little shaky to start the 3rd period but you knew he was dialed in the moment he robbed that rat bastard Marchand early in the 1st period off that dish from Pasta.

I said this before but Neuvirth getting hurt was the best thing that could have possibly happened to Mason this year. Goaltending is the biggest mental position in the game. And when you’re constantly worried about some guy taking over your job, it’s gonna effect the way you play. So not having Neuvy breathing down his neck is definitely gonna help him settle in. Tonight’s game should give him all the confidence he needs moving forward.

Because he’s back, bitches. “Claude Giroux this, Claude Giroux that, Claude Giroux only had 4 goals in his last 35 games including playoffs, yada yada yada” shut the FUCK up. Sure, Claude hasn’t had the greatest start to the season so far. It would be nice if the Flyers could ever get him, Jake and Simmonds all going at the same time. But his numbers speak for themselves. He’s quietly been one of the best players in the NHL over the past 5 years. To steal a quote from the late great philosopher Dan Katz, water always finds its level. He got the goal to get that small little Travis Konecny sized monkey off his back last night, had a chance to put the game away in overtime but Tuukka Rask made a top 5 save of the year. Giroux is going to be fine and now everybody can finally shut up about it.

Welcome To The Snipe Show

I don’t really have much else to say about this blast from Del Zotto other than the fact that it was beautiful. That puck was labeled for the water bottle. Gives me a nice tingling sensation in my testicles (scientific term for balls).

So About That Third Period…

Anybody who has watched the Flyers at all this season knew that collapse was going to happen. I mean that. Literally anybody who has watched just one singular game of Flyers hockey knew the moment the puck dropped in the 3rd period, it wasn’t going to be good. Then David Krejci scored and that pit in your stomach turned into a giant massive turd just ready to soil your pants. Then Marchand knotted the game at 2 and it’s like you saw your death before it happened but it still hurt just as bad. How do the Flyers fix this issue? How do they learn how to put away a game in the final 20? Honestly I have no idea. That’s why I’m not a coach in the NHL. But if they keep putting together 40-minute performance after 40-minute performance, it’ll eventually catch up to them later in the season. Come February, this team will be gassed and they’ll be lucky to be within 10 points out of a wildcard spot. So we’ll give it until the Christmas break before we really start to worry about how frustrating this team is on a nightly basis.

– Thought we saw a really solid game overall from Andrew MacDonald, who definitely needed a night like that after all the shit he’s been taking this season. That’s not me feeling bad for AMac. He’s been inexcusably awful. But he’s still a guy whose life is the game of hockey so it’s hard not to be happy for him when he has a good game every now and then.

– I’m still swooning this move from Konecny and how hard I would have exploded if he finished it off with a goal.

– Ghost Bear broke out the wedge and laid up a nice little chip for birdie in the shootout.

9 rounds. 18 shooters. And only 3 goals in the shootout. Tuukka and Mason earned every single penny that they made last night. And the only player from Boston to score in the shootout? 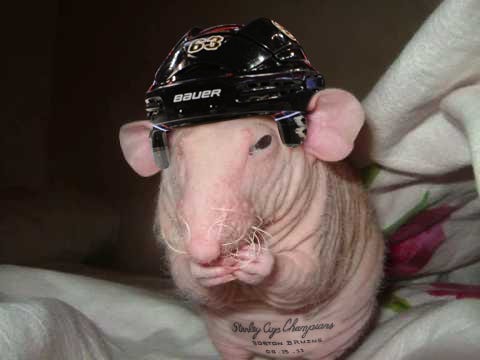 – Pretty sure the Fuck Count on Claude Julien last night was somewhere around 163. Might be a new world record.