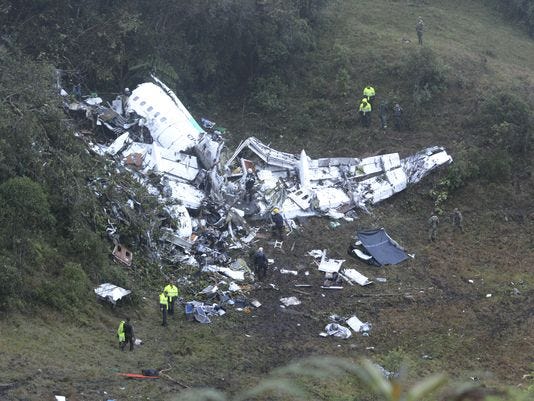 There are no jokes to tell or morals to point to about today’s news that an upstart Brazilian soccer club, on its way to what would have been the biggest game in its history, crashed in Colombia killing almost everybody on board. Instead I’ll simply try to put it in a little bit of context for those interested.

The club has been around since the early 1970s but had toiled in lower divisions until 2014 when they debuted in Brazil’s top flight playing against clubs you actually may have heard of like Corinthians, Palmeiras and Santos. They got some pub as the “Brazilian Leicester” thanks to their rapid rise through multiple divisions in a short period, having been in the fourth division as recently as 2009. The club finished in 9th place this season and was in the midst of playing in the Copa Sudamericana – the South American equivalent of the Europa Cup – making it all the way to the final, which would have been a home-and-home with the first game being played on Wednesday at Colombia’s Atletico Nacional. 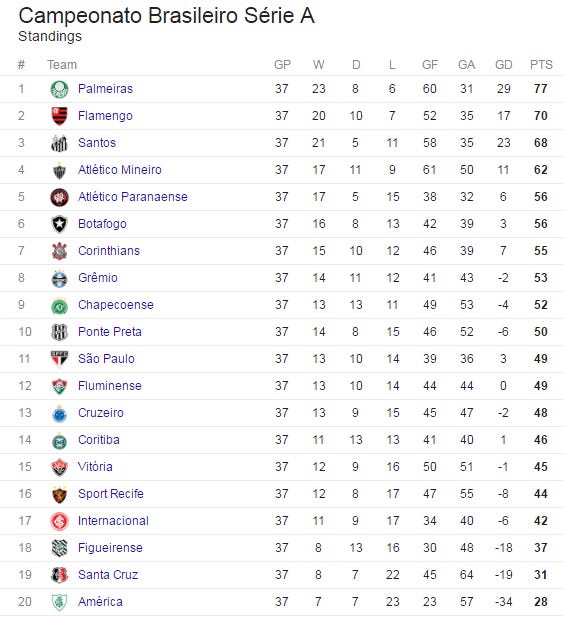 A chartered flight from Bolivia to Medillin crashed early this morning killing 76 of the 81 people on board. Among the survivors were said to be three players, and three others, though one of the initial survivors reportedly passed away later after being transported to a hospital. There is no apples to apples way to analogize it to American sports, but in an attempt to do so just imagine all but a handful of players from [insert your favorite team] dying on the way to a playoff game.

Atletico Nacional, the would-be opponent, has suggested giving Chapecoense the trophy, which is a nice gesture I suppose. There is unfortunately some historical precedent for the fallout as this is far from the first soccer club to be decimated by a plane crash, and most people who have been around the sport will immediate think of the “Munich Air Disaster” in 1958 in which eight Manchester United players (and three club officials) were among the 23 dead.

It sounds like today’s crash was far worse in terms of the number of players and club reps killed, as hits home with this picture of players who were not traveling with the team sitting in shock in the locker room. 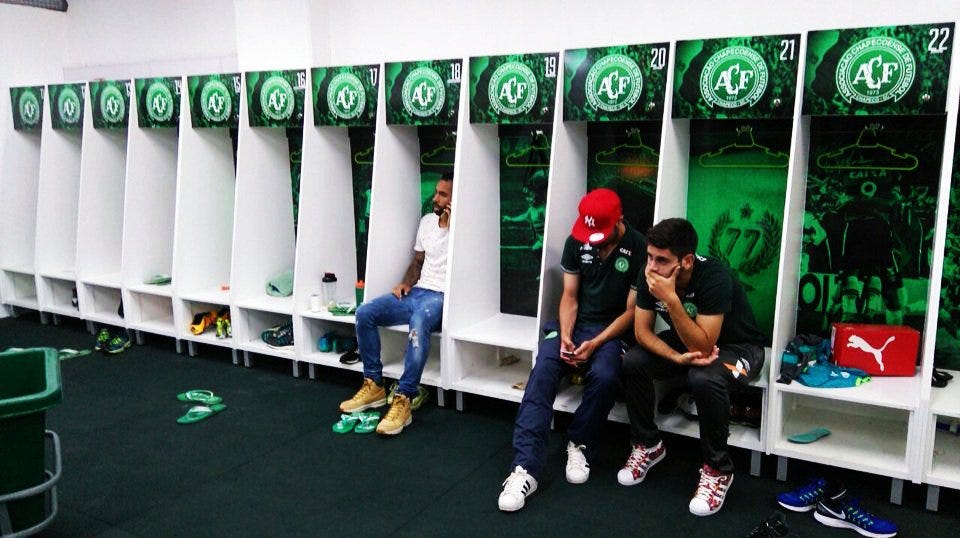 There are other examples of sports teams being all but wiped out in similar tragedies, including the entire Zambian national team dying when their plane went down in the Atlantic Ocean in 1993, and more recently there was the 2011 crash that decimated the Russian hockey team Lokomotiv Yaroslav (including some former NHLers like Pavol Demitra).

It is no doubt hard to imagine at this point, and probably not at the top of the priority list, but there is hope is that – as was the case with United and Lokomotiv – people will rally around Chapecoense and breathe new life into the club.

For now though this video of the entire team celebrating their win last week to make it to the Copa Sudamericana final is just straight up hauntingly heartbreaking.

League Cup quarterfinals today and tomorrow. Not sure I’ll get around to posting a preview since we all agreed earlier this season to pretty much ignore the competition, but you can feel free to ask for some (horrible) betting tips on the twitter machine if you are so inclined.