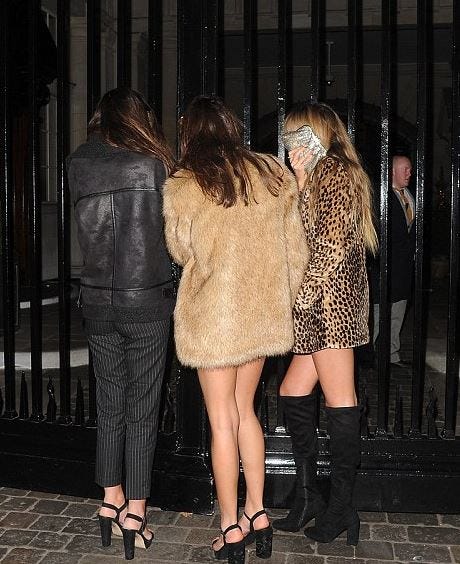 Dailymail - Perhaps he was too tired to continue the party after a trio of leggy beauties reportedly arrived to see him at his hotel. However, they were unable to get through the gate when their entrance was barred by security.The trio all sported tiny dresses and warm furry jackets and were spotted huddled together outside the gate where they were described as ‘making numerous calls’ to try to get in.

Honestly we’ve debated the following question a ton at Barstool.  If you could trade lives with any dude right now who would it be.  I always throw Bieber in the mix.  He’s young, dumb and full of cum.  He’s 21 years old and has the world by the balls.   And this picture and story confirms it.  I mean on what planet do you turn this chick away?   She is literally a younger version of Kate Beckinsale and she is begging to get fucked and you just leave her standing at the gates cold and alone.  Diabolical shit from a diabolical man.