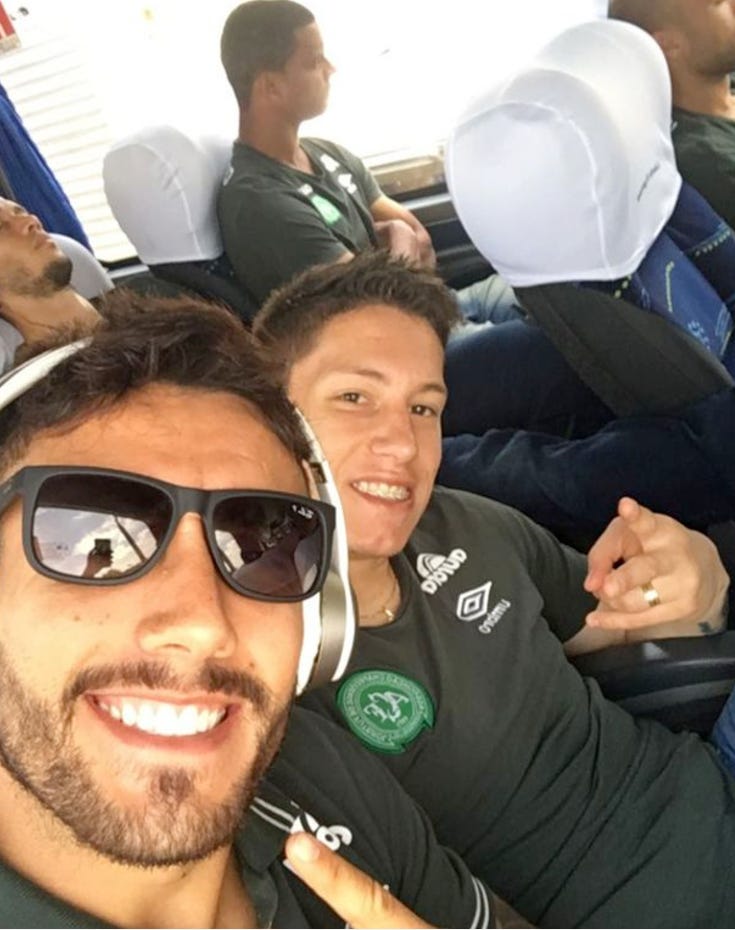 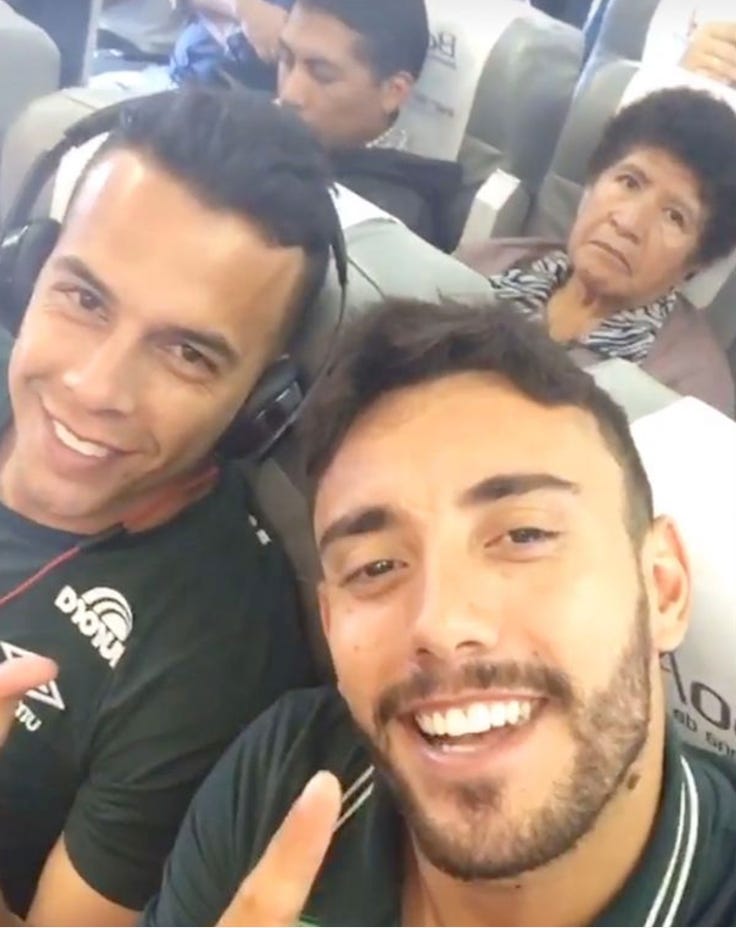 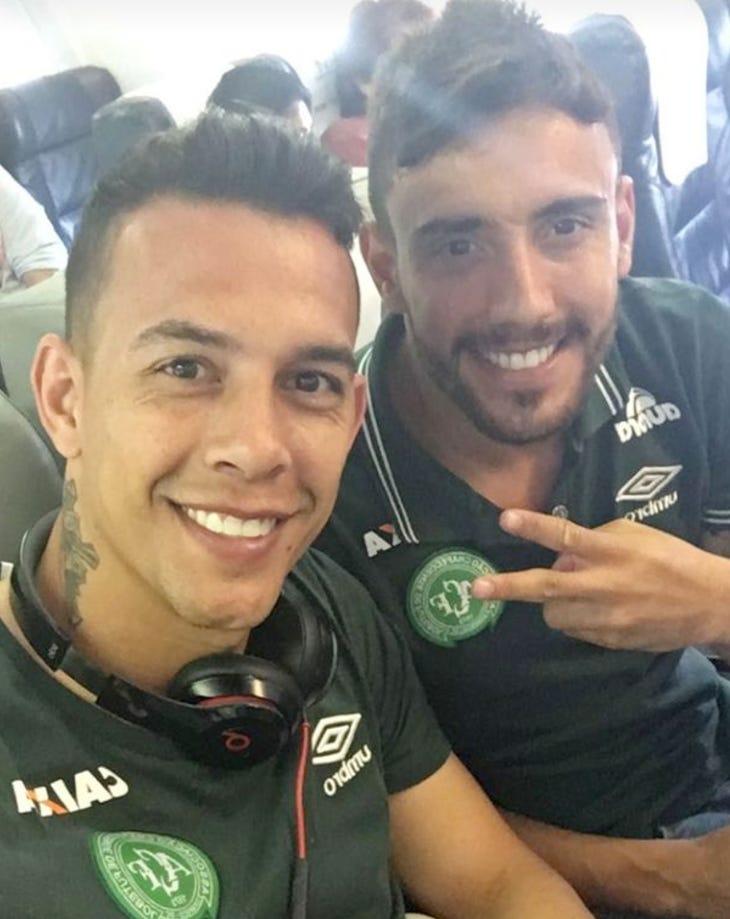 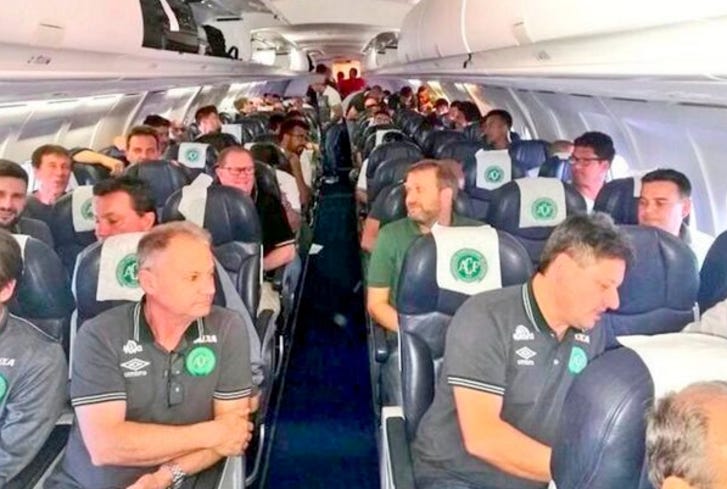 Mirror – The lads from the Brazilian football team Chapecoense had everything to play for just a few hours ago.

After a victory against Argentina’s San Lorenzo, the ‘underdogs’ from Chapeco were looking forward to playing against the top-rated Colombian team Atletico Nacional in the final of the Copa Sudamericana – South America’s second most important club competition.

Recently they’ve enjoyed their best run for for 40 years, having been competed in Brazil’s top division for the first time since they were founded in 1973 – currently sitting at ninth in the table.

Yet this morning those hopes and achievements are but a distant memory after their plane crashed in Colombia – killing at least 76 people according to police.

Only hours earlier they had been caught on filming laughing and joking in the airport as they waited to board the doomed flight.

In footage which has emerged in the last few hours they can be seen with their hand luggage stood around by the check-in desks – tickets and passports in their hands – chatting to each other.

Obviously this was the huge news that came out overnight – a plane carrying the majority of the Brazilian soccer team Chapecoense crashing into a mountain and killing 75 people. Not a big soccer guy but apparently they had just won a big game, were on their best streak in 40 years and were on their way to play the top Colombian team in the Copa Sudamericana which is a big deal. Just tragic all around. And what makes it even more chilling is seeing all the videos and selfies come out of everyone hanging out and joking around and smiling right beforehand. Just fucking sucks.

Also I mean it’s no secret that I’m not-so-low-key terrified of flying. Need to basically mainline Xanax to even step foot on an airplane. So hearing that planes can apparently just drop out of the sky because of “electrical problems in the rain” isn’t the most comforting thing to hear.

The players who didn’t travel with the team: 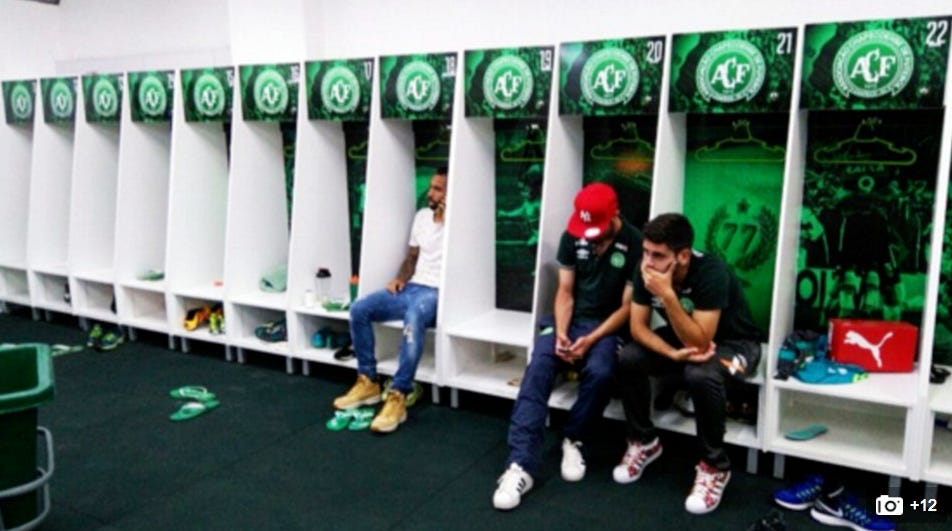