If you’re wondering if I’m still bitter that Planet Earth 2 is airing in the UK as we speak and won’t air in the US until January, the answer is abso-fucking-lutely. Because we’re missing out on a pure gold like that giraffe hitting that lion with an unbelievable array of combo punches. Instead we have to watch it by way of a video embedded in a tweet. That’s some serious fucking bullshit. For real though, that video is extremely satisfying. How many times have we seen a video like that end with the lion gnawing on the bones of a giraffe or a gazelle or whatever? Every single time. That’s how many times. Lions are victorious 100 out of 100 times in those situations. So it was awesome to see the nerds finally win one. Did the lion chase down the giraffe and kill him later? Probably but let’s not think about that.

When do you think the lion knew he was fucked? It had to be right here 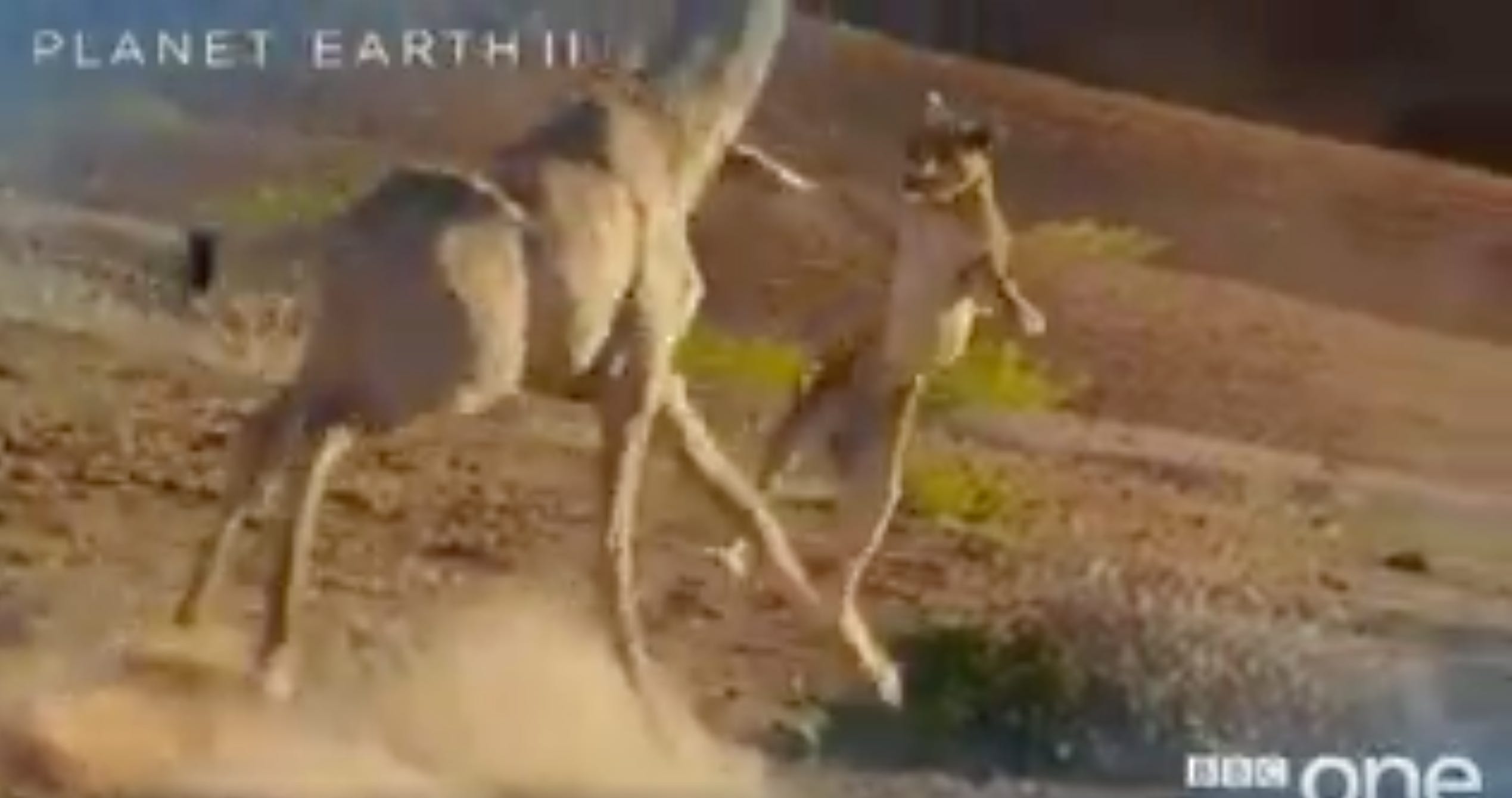