NYDN – Bryant guard Ikenna Ndugba, a freshman for the NEC school, made a costly mistake in his team’s game against Brown.

With Bryant trailing 91-90 and time running out, Ndugba dribbled out the clock, tossing the ball in the air as it ticked down to zero, giving Brown the victory.

Ndugba tossed the ball into the air as the buzzer sounded and looked to high-five teammate Adam Grant, who had his arms up in bewilderment.

It was at this moment Ndugba appeared to realize what had happened as Brown mobbed each other in celebration.

I just don’t think it gets any better in the sports world than this moment right here? 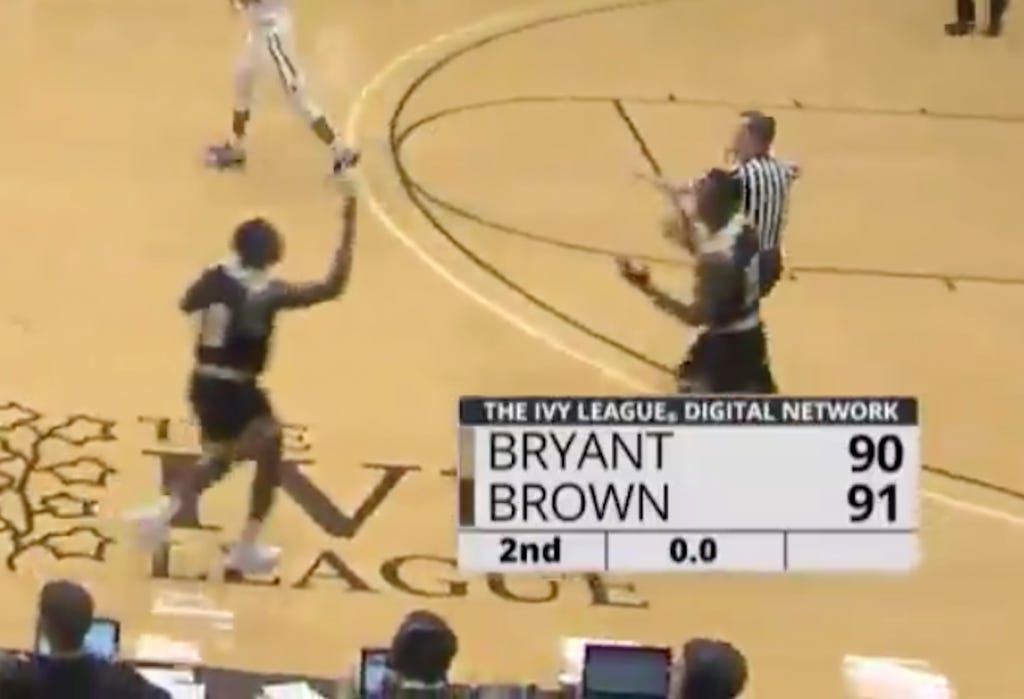 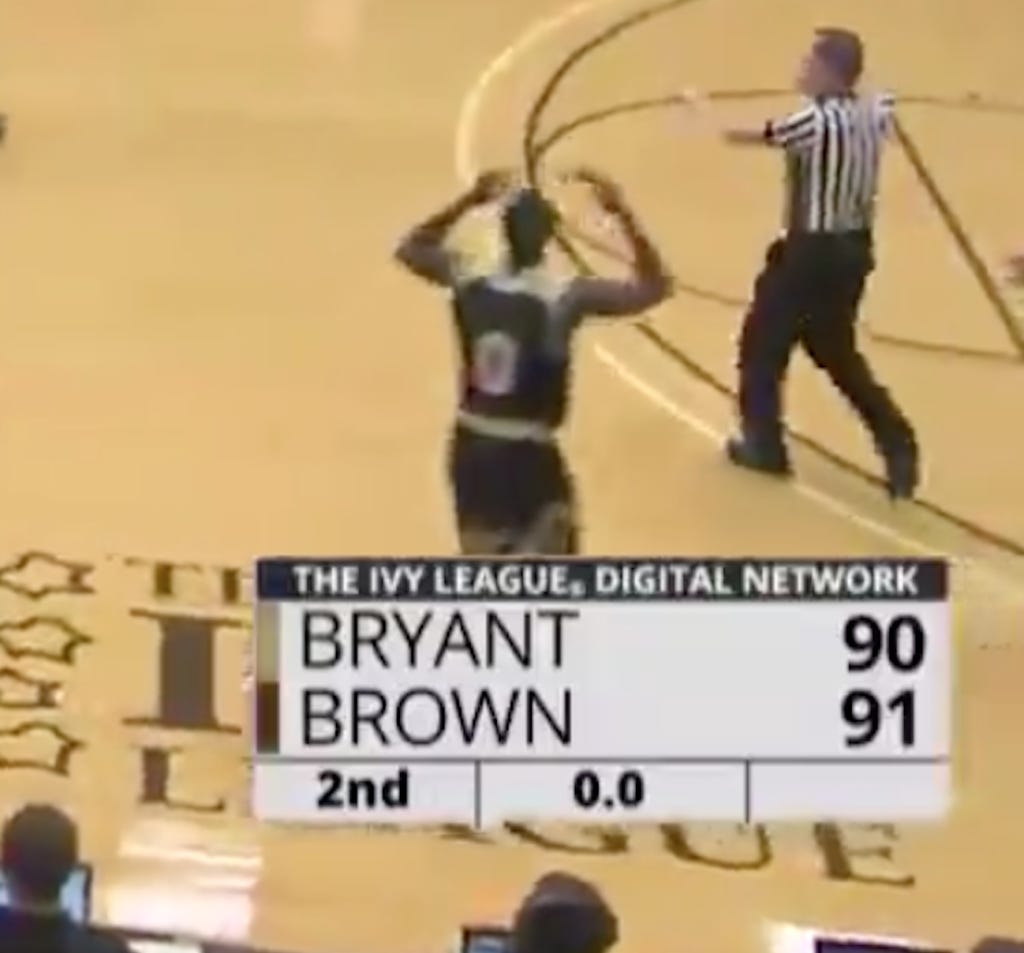 I mean I feel bad for the dude. Just a freshman. That’s a tough way to start off your career, getting embarrassed like that, then having all these asshole blogs (i.e. this one) pick up on it and dump on you further. But all you gotta do is have a good sense of humor about it and do something funny with it and you’ll go from goat to fan favorite, that’s my word of advice as an experienced blogger of humiliating sports moments.