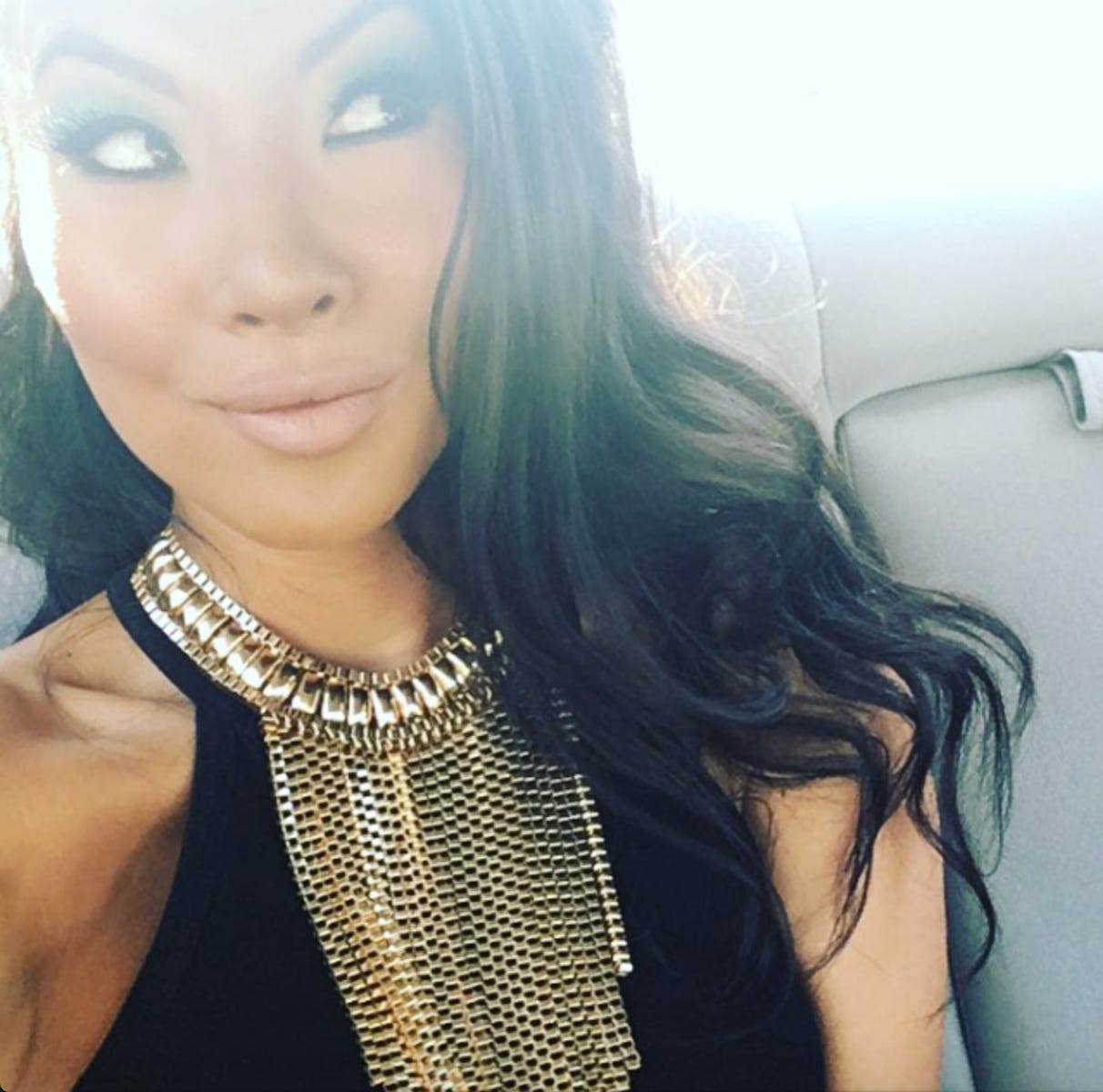 Isn’t the whole point of Uber the convenience of 1) door-to-door service using an app, and 2) not having to pull out your wallet at the end of the ride? If they wanted us to tip, wouldn’t there be an option to do so on the app, like on Postmates? Is everyone else out there tipping, and I am the only dick who is not? Or are the people tipping – like the idiot I had sex with that day – ruining it for everyone else by monetarily incentivizing the coveted 5star rating for riders? I asked my number one news source, Twitter.

Interesting. Looks like I was right. I can’t help but notice though, that out of over 6,000 people, 23% said they do in fact tip. Meaning about 1,400 people are ruining it for the other 4,700. Things like this only work if we, as a society, all stick together. It’s like doing cocaine at a dinner party – it’s only good if everyone else is doing it too. Those tippers are unleveling the playing field, they’re not being fair. Drivers are supposed to rate us on our manners, punctuality, and overall pleasantness; if some people start tipping, surely there will be drivers that only give 5star ratings to riders who tip.

I didn’t feel completely satisfied with the popular vote win, so I decided to investigate a little further. I texted my friend, Jane. We’ll call her that because she isn’t someone who puts her business out there on the internet. Jane is hot with big tits, but unlike me she has some dignity, so she doesn’t take her clothes off for money. So when she needs some extra cash and has the time, she drives for Uber. 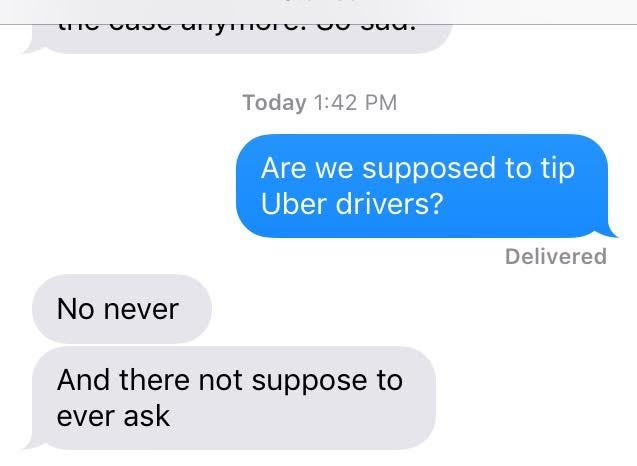 I’m confident in using Jane’s voice to represent all Uber drivers everwhere, because if any driver were to get tipped, it would be her. Remember, she is hot with big tits.

And she’s saying NO! Confirming that these tippers are playing dirty. You may think you’re doing a great service by tipping your driver, but when you do that, know that you’re shitting on the rest of us. It makes us – who are following the rules, by the way – look like dicks.

So, in conclusion: 1) Fuck you to all the sneaky tippers, you are the problem, and 2) Let’s all stick together on this one, and bring that majority vote up to a unanimous one.