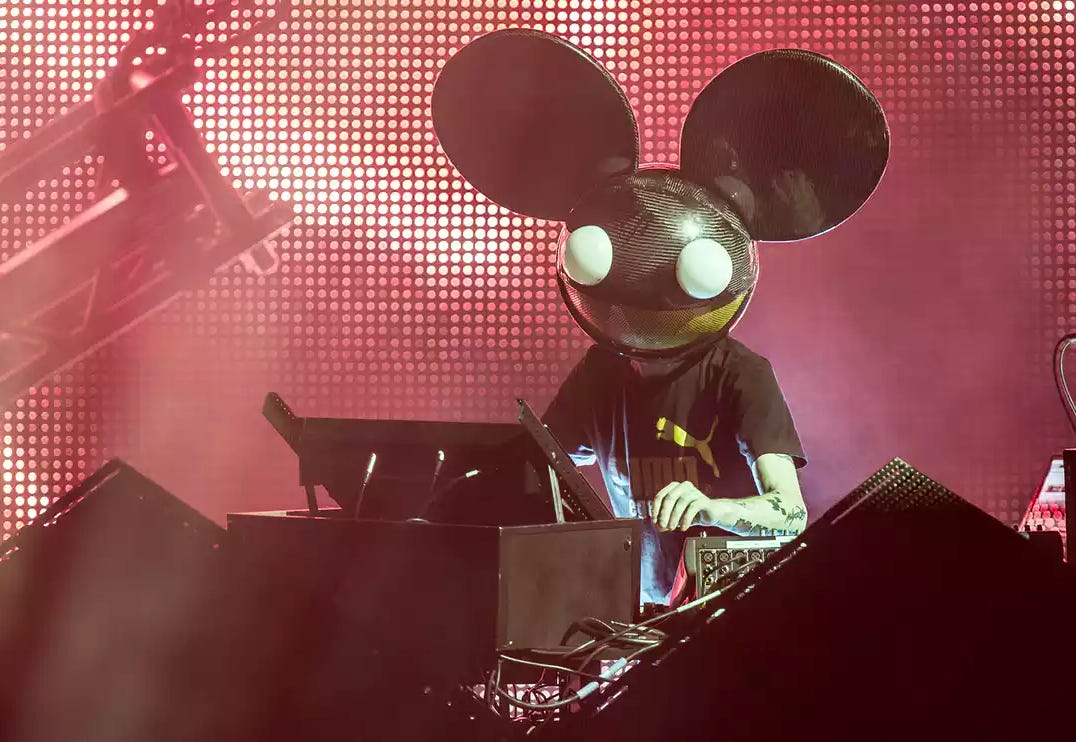 The Guardian – Deadmau5 is experimenting with an unlikely new marketing ploy: honesty. The EDM star has posted a series of messages telling fans that he dislikes his new “slapped together” album. The producer, real name Joel Zimmerman, releases his eighth album – the thoughtfully titled W:/2016ALBUM/ – on 2 December. In a string of posts on Twitter he unveiled his disdain for his new creation. “Don’t even like it,” he said. “It was like … so fucking rushed / slapped together. But I mean … hey, if you like it I wanna like it too, just don’t.”  When asked why he released the record, the musician replied: “COZ I GOT FUCKIN MAD BILLS.”

Mailman Nominee of the Year. Putting out an album you dont even like is on some major Mailtime shit. But admitting it to the world and telling all your fans “I dont even like it.” and you only released it because you got mad bills is next level. I’ll be perfectly honest, I didnt even know EDM guys released albums. I thought they just released singles. I actually cant even think of what the difference between a good EDM album and a bad EDM album is, but apparently my guy Dead-Mau-Five has released fucking EIGHT albums and this latest is a real shitty one. I cant imagine it matters much when youre on MDMA and balls deep inside some techno hoe, but hopefully for the sake of the music Deadmau5 brings the heat for his 9th album.

PS – In honor of Deadmau5’s Mailtime, I’ll be perfectly honest – this blog isnt really that good. I dont really like it. Meta as fuck.