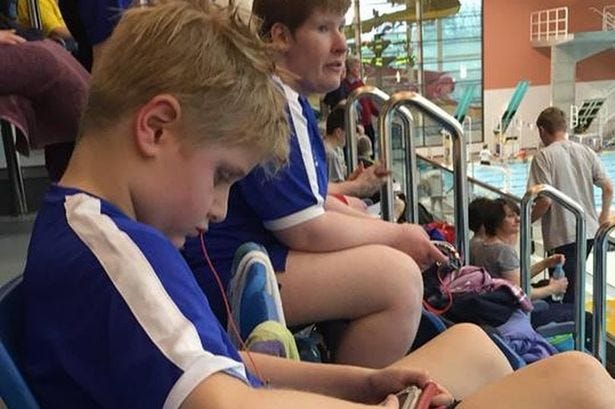 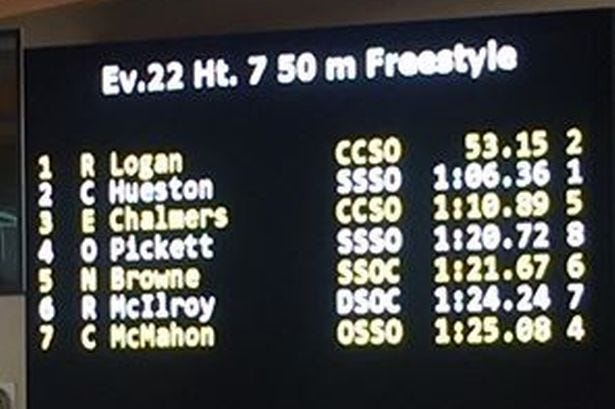 BelfastLive- A nine-year-old Special Olympics swimmer from Co Antrim was left upset and confused after he was disqualified “for winning his 50m final in the fastest time”. The decision made by Special Olympics officials could also mean that Rory Logan who suffers from autism, may miss out on a place at the All Ireland Special Olympics next year. Rory was competing in the Special Olympics Regional finals in Bangor and having swam 1m 03 secs in his heat, the Ballymoney schoolboy contested the Division 8 final. Despite being the youngest competitor, he smashed his time to swim a personal best of 53.15secs. As medals were handed out following the final, Rory’s mum Briony couldn’t understand why her son was being presented with a ribbon for participation instead of the gold medal he was expecting for first place.

She said: “Rory came to me and said, ‘Mum I didn’t do anything wrong, I won fair and square, what did I do?’. I was absolutely gutted for him. “I went to speak to the officials and basically they said he had been disqualified because he swam too fast. No one can get over this decision. “Apparently you can’t be more than 15% faster than the time you swam in your heats just in case you are trying to swim slower in your heat to be placed in a lower division’s final. “Rory swam 15.8% faster than his heat but someone please explain to me how a nine-year-old child would think of doing that or being that calculating.

Well ain’t this some bullshit. Rory out here Michael Phelps’ing the field and he gets hit with a participation ribbon. Never seen anything more backwards in my life. I guess what apparently happens is kids will swim intentionally slow to get place in a lesser heat, then when the medals are on the line they just smash the competition. To which I say, there are apparently some conniving ass motherfuckers in the special olympics. I mean goddam that’s some cold shit. Everyone out there to just compete and do their personal best and show the world that they are just as capable as other athletes and you got people intentionally throwing swim meets. That’s some Belichick shit right there. If Belichick was coaching this autistic kid he probably would tell him to do that.

But hey, Rory, don’t even sweat it. You know what’s better than winning a gold medal in the Special Olympics? Making headlines all over the internet for being “too fast.” That’s higher than a gold medal. That’s like when you finish second in American Idol but you know you’re the one who’s going platinum. The fastest autistic swimmer on the goddam planet – Rory Logan