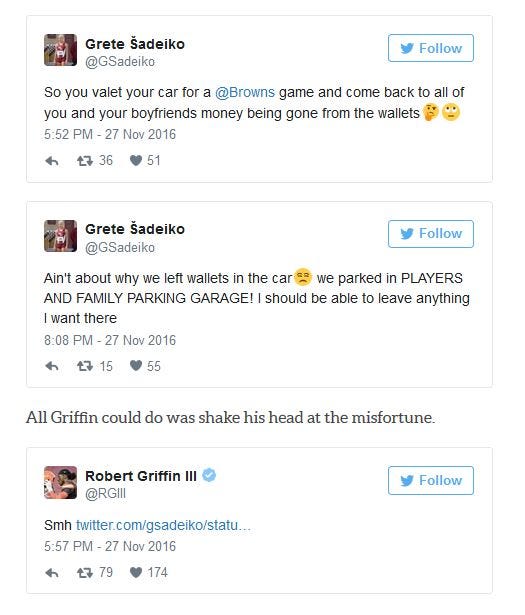 Little known fact. One of my simple pleasures in life is when things happen to people that are so predictable for that type of person. Like when I can say “That’s the most RGIII thing ever” I’m happy. And RGIII getting robbed by the team valet in the middle of the Browns game and having his girlfriend whine about it on twitter is the most RGIII thing ever. And the best part is that it wasn’t like a violent robbery. No smashed windows or anything. The thief just neatly took all the cash out of their wallets which they left on their seats in an unlocked car thinking it was safe and that was that. It’s just such a degrading thing to happen to a human that it could only happen to RGIII. And the next move is for a super inspirational RGIII tweet talking about how this won’t change his view on humanity and how everything happens for a reason. 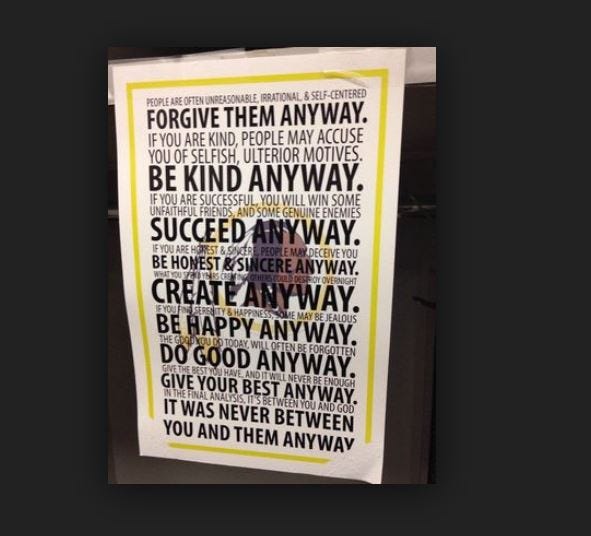